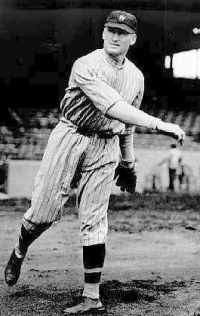 The greatest player ever to wear a Washington uniform:  Walter Johnson. 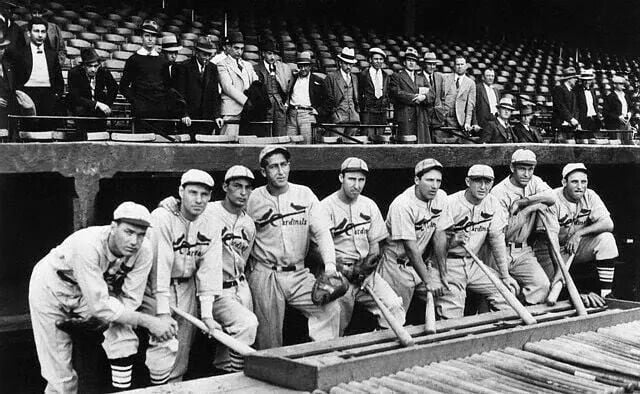 The Gas House Gang St. Louis Cardinals of the 1930s. Dizzy Dean is on the far left. 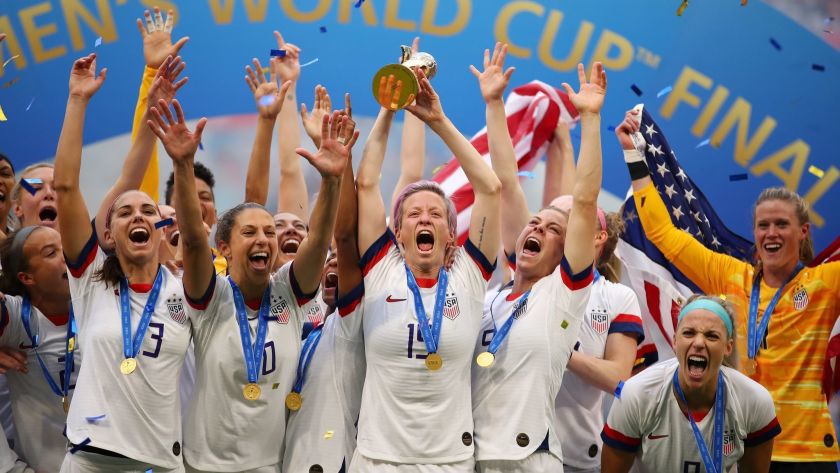 The US Women's National Soccer Team celebrates their win in the 2019 World Cup. As usual, Megan Rapinoe's mouth is open.

The greatest player ever to wear a Washington uniform:  Walter Johnson.

The Gas House Gang St. Louis Cardinals of the 1930s. Dizzy Dean is on the far left.

The US Women's National Soccer Team celebrates their win in the 2019 World Cup. As usual, Megan Rapinoe's mouth is open.

To put that into perspective, Franklin Delano Roosevelt was in his first term as President, the nation was in the Great Depression, World War II hadn’t happened yet (though a fellow with a funny moustache was making a lot of noise in Germany) and baseball was still segregated.

This is actually the third franchise to represent the nation’s capitol since 1900. The first Washington Senators moved to Minnesota following the 1960 season and became the Twins. The second Washington Senators were an American League expansion club in 1961. They moved to the Dallas-Ft. Worth area in Texas following the 1971 season and became the Texas Rangers.

The success (or lack thereof) of the Senators led to this expression:  Washington was first in war, first in peace, and dead last in the American League.

The Senators were the subject of the musical, “Damn Yankees,” where a middle-aged man sells his soul to the devil to become a great young ballplayer who leads the Senators to a pennant.

The last time the Senators actually won the World Series was 1924. They were sentimental favorites going on because of Walter Johnson. One of the greatest pitchers and class acts in the history of baseball, Johnson was nearing the end of a brilliant career with a team that seemed to be permanently mediocre. Johnson had a great series against the New York Giants, and many baseball fans were thrilled to see him get that World Series ring.

Washington, you can be proud of your Nationals. You’ve been waiting a long time for this. You’ve earned it.

Switching to another sport (sort of), I finally figured out the team the U.S. Women’s National Soccer Team most resembles: the “Gas House Gang” St. Louis Cardinals of the 1930s.

Both teams were very, very good. They made sure you knew how good they were, and you had better tell them how good they were. They were arrogant and obnoxious. They rubbed their victories in the opponents’ faces. All the while, they appeared to be having the time of their lives.

Megan Rapinoe is a latter-day Dizzy Dean, minus ol’ Diz’s sense of humor. She loves to talk, mostly about herself. She never met a microphone she didn’t like. Like Diz, she seems to live by the motto, “It ain’t bragging if it’s true.”

The rest of the Gas House Gang included such characters as Manager Frankie Frisch, who was as wild as some of his players. There was the very loud Leo “the Lip” Durocher. There was also Pepper Martin, whose uninhibited style earned him the nickname, “The Wild Horse of the Osage.”

Like the Gas House Gang, you either love the USWNT or you despise them. However, you can’t ignore them.

You remember how Rapinoe used the “f-word” at the celebration in New York? I understand she was drunk at the time. In fact, the whole team was drunk. They hadn’t stopped partying in the three days since they won the World Cup.

Something tells me that Dizzy Dean, Frankie Frisch, Pepper Martin and the rest of the Gas House Gang Cardinals would’ve loved these women.

The old Washington Senators in the 1950s. The song "You Gotta Have Heart" from Damn Yankees:

At their May 13 meeting, the Parker School Board approved an Intergovernmental Agr…