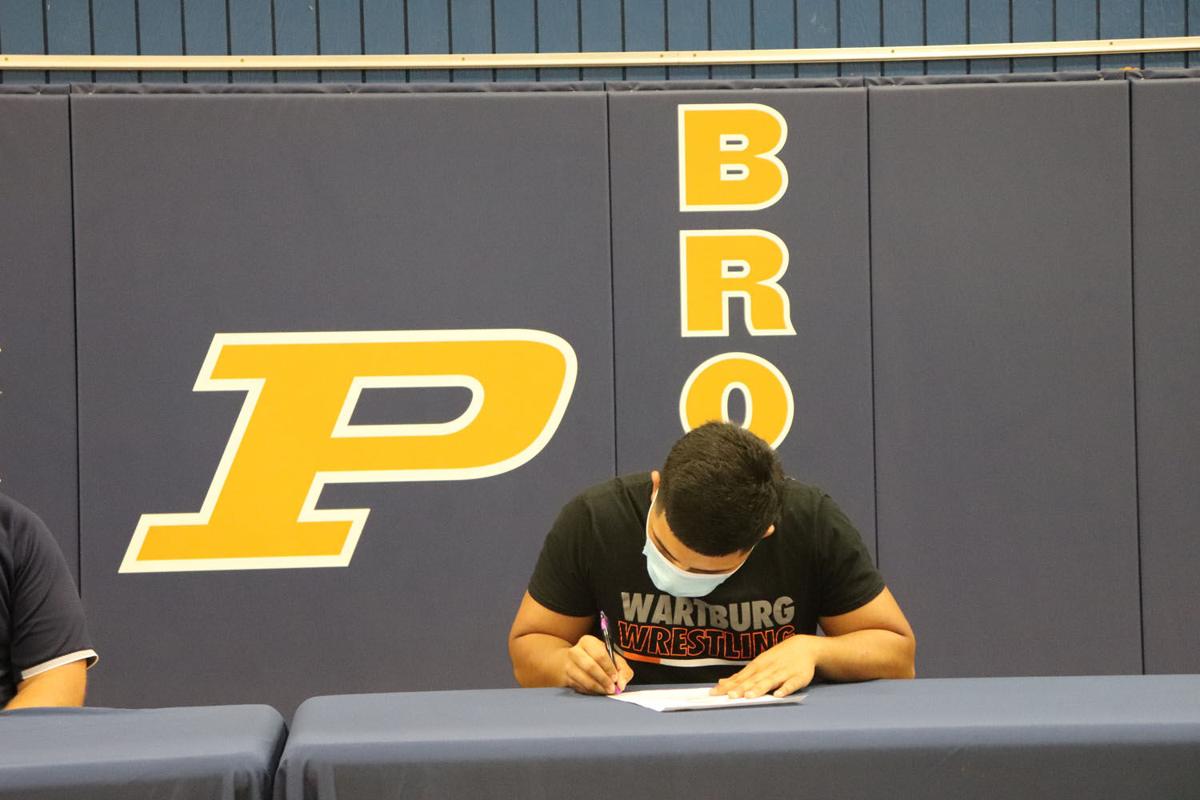 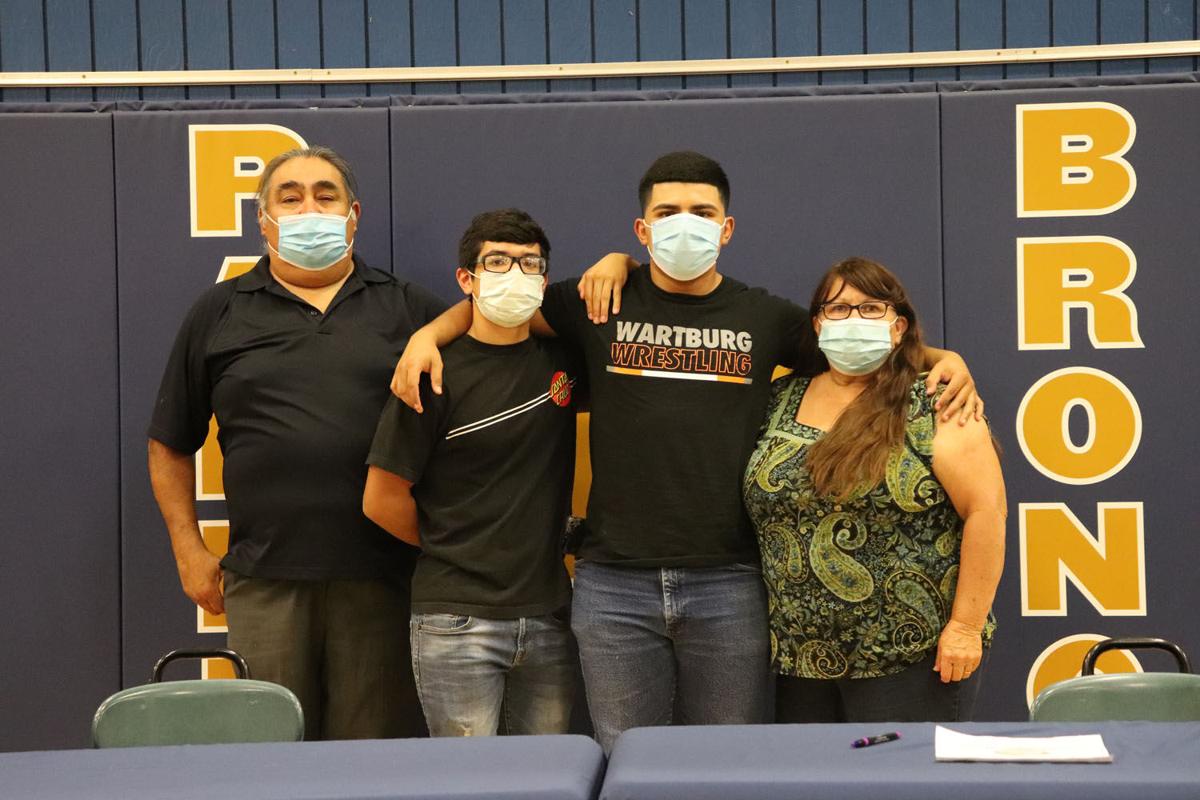 A recent graduate of Parker High School has signed to be a wrestler at a college in Iowa.

Robert Solorio, a member of the class of 2020, signed July 7 to wrestle for Wartburg College. The signing ceremony was held in the gym at Parker High School. In attendance for the event were Solorio’s grandparents, Robert and Carmen Jackson, and his younger brother, Carlos.

Solorio wrestled all four years he was at Parker High. In his senior year, he placed second in the 182-pound class of the Arizona Interscholastic Association Division IV state tournament.

Wartburg College is a private Lutheran liberal arts school in Waverly, Iowa. They have approximately 1,500 students. Their school mascot is the Knights, and they play in the NCAA Division III American Rivers Conference. Their team colors are black and orange.

The college has a highly respected wrestling program. They have won 14 NCAA Division III titles, and nine of the last 11. Head Coach Eric Keller has named Conference Coach of the Year five times.

Parker High wrestling coach Wesley Huddleson had this to say about Solorio signing with Wartburg:

“As coaches, we are extremely excited and proud to announce that Robert Solorio has accepted a scholarship to Wartburg University in Iowa for wresting. He will have a great opportunity to wrestle at a very competitive level for a great program. Robert worked extremely hard the last four years and deserves this recognition. As a three-time state qualifier, and earning second place this last season, we cannot wait to see where Robert's achievements will take him.”

From the Dugout: Best part of the D-Backs’ 2020 season: it’s almost over

There are two good things I can say about the Arizona Diamondbacks’ 2020 season:  …

Looking at the news these days, I discovered there are some things I’d like to know.