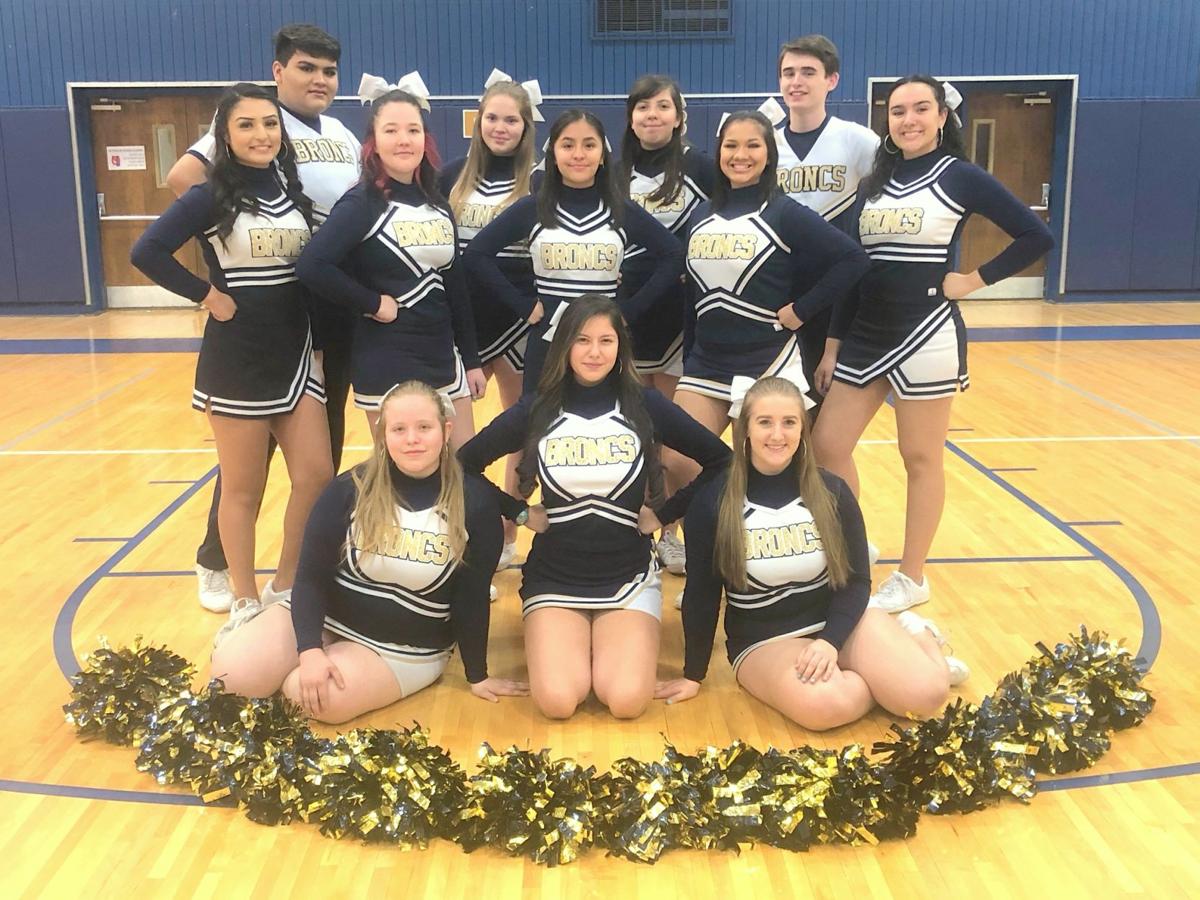 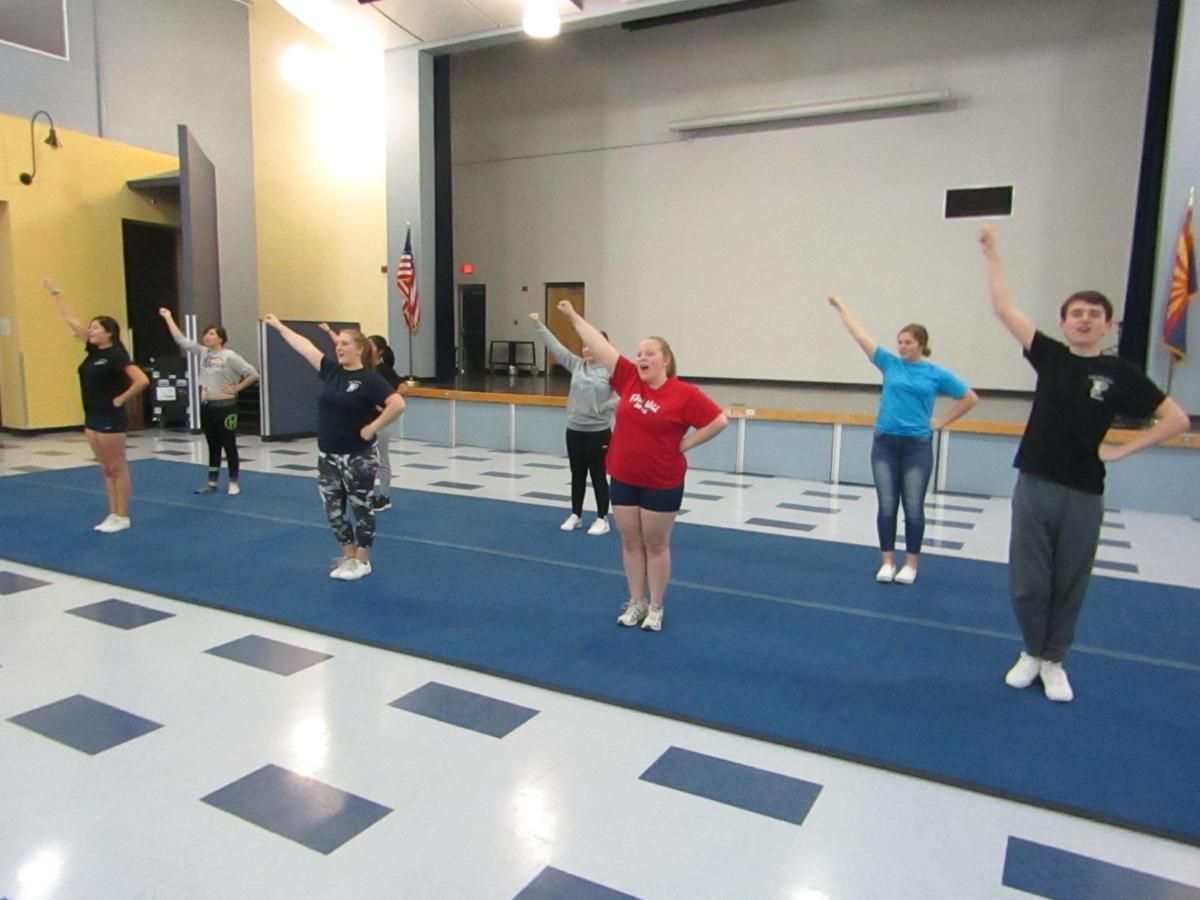 They’re at every Parker High home football and basketball games in the fall and winter, charging up the home crowd to root for the Broncs. They’re the Parker High Cheerleaders, and they’re athletes in their own right. Cheerleading is itself a sport, and they spend a lot of time practicing for what they do.

The winter cheer coach, Aryn Romo, said the cheerleaders spend two hours every school day keeping themselves limber and practicing their routines. They practice in the Parker High Alumni Hall.

Romo said there are 12 cheerleaders in the winter squad. The squad is co-ed, and they have two boys on the squad. She said only one cheerleader came over from the fall football squad, so she had a lot to do to get the squad ready for basketball season.

“It was like starting with a brand new group,” she said.

Romo said there were a variety of reasons why only one cheerleader when from the fall squad to the winter squad. She said some of the fall cheerleaders graduated early.

The squad can perform a variety of cheers and dances, but they cannot do tumbling or stunts. Romo said they are not certified by the state for these.

That doesn’t seem to slow down the cheerleaders, who show their enthusiasm and liveliness at every game.

Romo said there are no plans for the cheerleaders to enter any competitions this year, but that could change next year.

Varsity Cheer Captain Stephanie Miller said she hopes they’ll be in some competitions next year.

Editorial: Time to remember the African Americans who didn’t get the credit they deserved