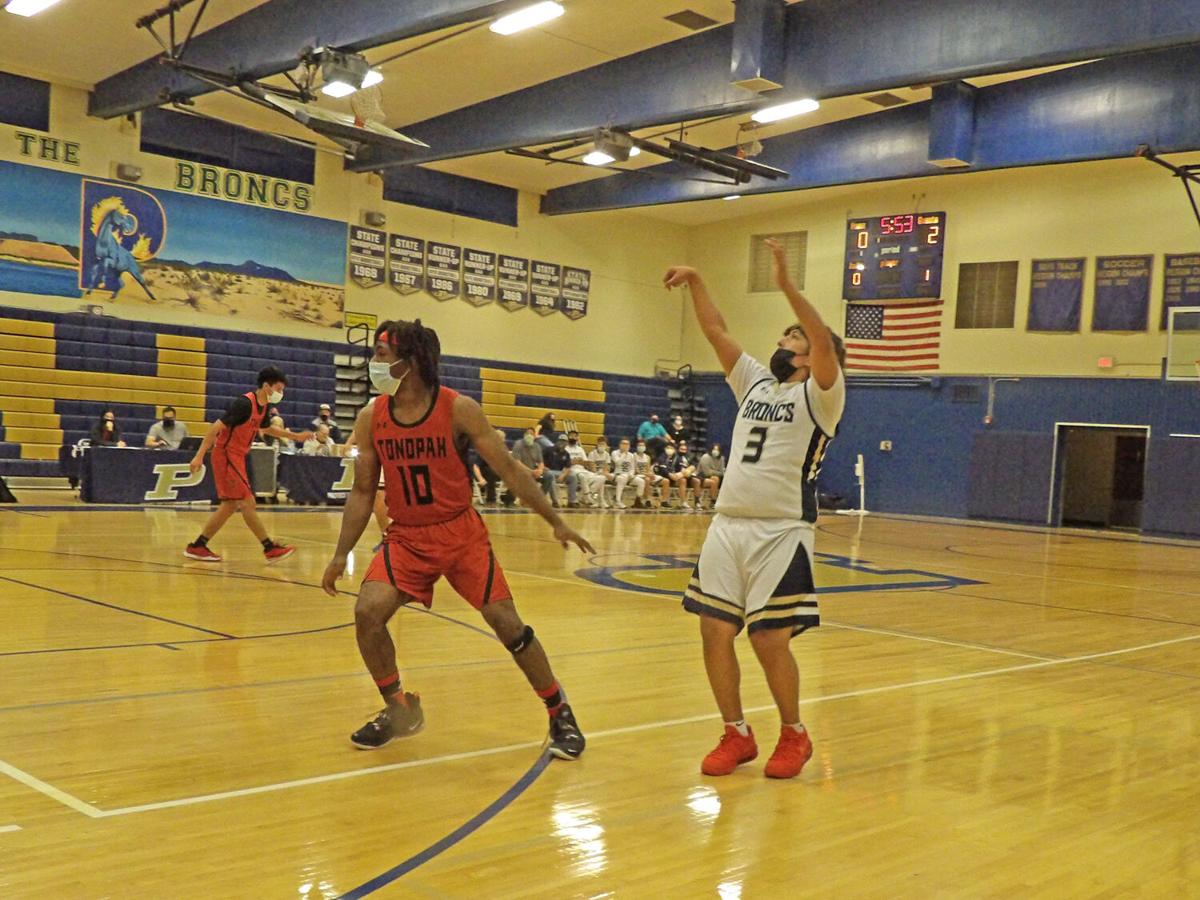 Parker’s Jonathan Hernandez lets loose with one of his five three-pointers against the Tonopah Valley Phoenix Friday, Feb. 19 in Parker. The Broncs would fall to the Phoenix, 62-50. 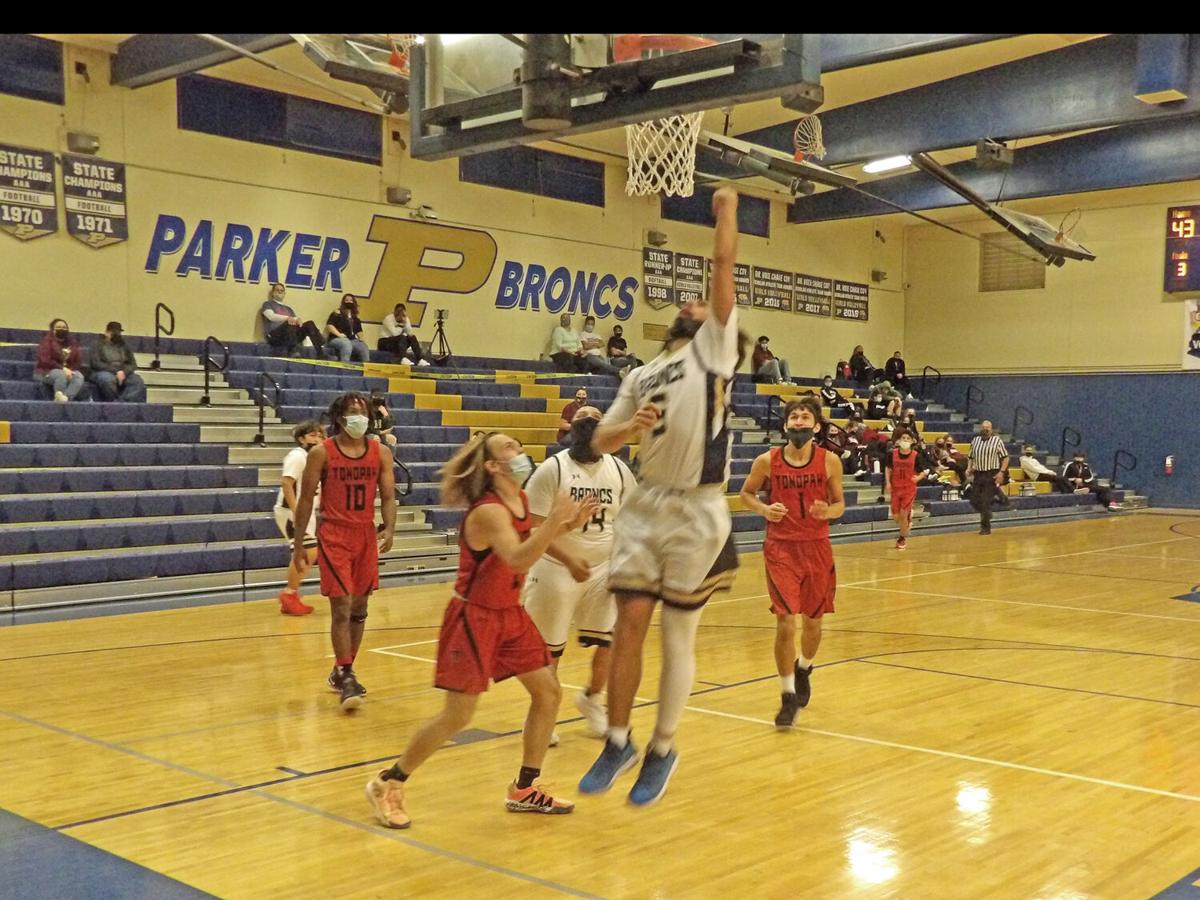 The Parker Broncs’ Jason Rodriguez (5) hits a lay-up in the Broncs’ 62-50 loss to the Tonopah Valley Phoenix Feb. 19 in Parker. Backing up Rodriguez is Elijah Fisher (44).

Parker’s Jonathan Hernandez lets loose with one of his five three-pointers against the Tonopah Valley Phoenix Friday, Feb. 19 in Parker. The Broncs would fall to the Phoenix, 62-50.

The Parker Broncs’ Jason Rodriguez (5) hits a lay-up in the Broncs’ 62-50 loss to the Tonopah Valley Phoenix Feb. 19 in Parker. Backing up Rodriguez is Elijah Fisher (44).

It was another rough week for the Parker Broncs boys’ basketball team. They lost a close one to Wickenburg Feb. 16, 66-60. They then fell to the Tonopah Valley Phoenix, 62-50, Feb. 19. They showed some real resiliency in the Tonopah Valley game. They were down by over 20 points coming into the fourth quarter, but they managed to narrow that considerably by the end.

The game started with the Phoenix started off evenly, with the Broncs down 9-6 after the first quarter. Parker’s points came on a pair of three-pointers from Jonathan Hernandez.

It was in the second quarter that the Phoenix nearly turned the game into a blow-out. The Broncs committed a series of turnovers, which Tonopah Valley’s Trent Larson repeatedly turned into lay-ups. He would score 10 points in the quarter as the Phoenix surged ahead to a 33-15 lead. Of Parker’s 15 points at half-time, 12 were on three-pointers from Hernandez.

“It was the second quarter that killed us,” Broncs’ Coach Rolland Hansen said.

Jason Rodriguez, one of only two seniors on the Broncs’ roster, scored 20 points. Hernandez had 15 points on five three-pointers.

Trevor Elliot had 6 points, Zachary Bennett had 5, and Elijah Fisher had 4.

Hansen noted most of his players are freshmen and sophomores.

“This is really a JV team,” he said. “We’re playing a bunch of 14-year-olds out there. They didn’t give up. We had a good second half. They’re doing okay.”

The Broncs are now 0-6 in the 3A West, 1-7 against 3A teams and 1-13 overall. They have two games this week, both on the road. They’ll play Camp Verde Feb. 23 and Kingman Feb. 16. Their next home game will be their final home game of the year, March 2, and it will be against the Kingman Bulldogs. Game time is 7 p.m.

Here are the standings in the 3A West as of Feb. 20. Teams are listed by their records in the region, records against 3A teams, and overall record.

The Parker Public Library will be holding its sixth annual Celebration of Dr. Seus…

These are the racers from Parker, La Paz County and Lake Havasu City who were ente…

Broncs one loss for week was a near upset

They went 2-1 on the week, but the most memorable game for the Parker Broncs girls…

No Miss La Paz County Pageant at Fair this year