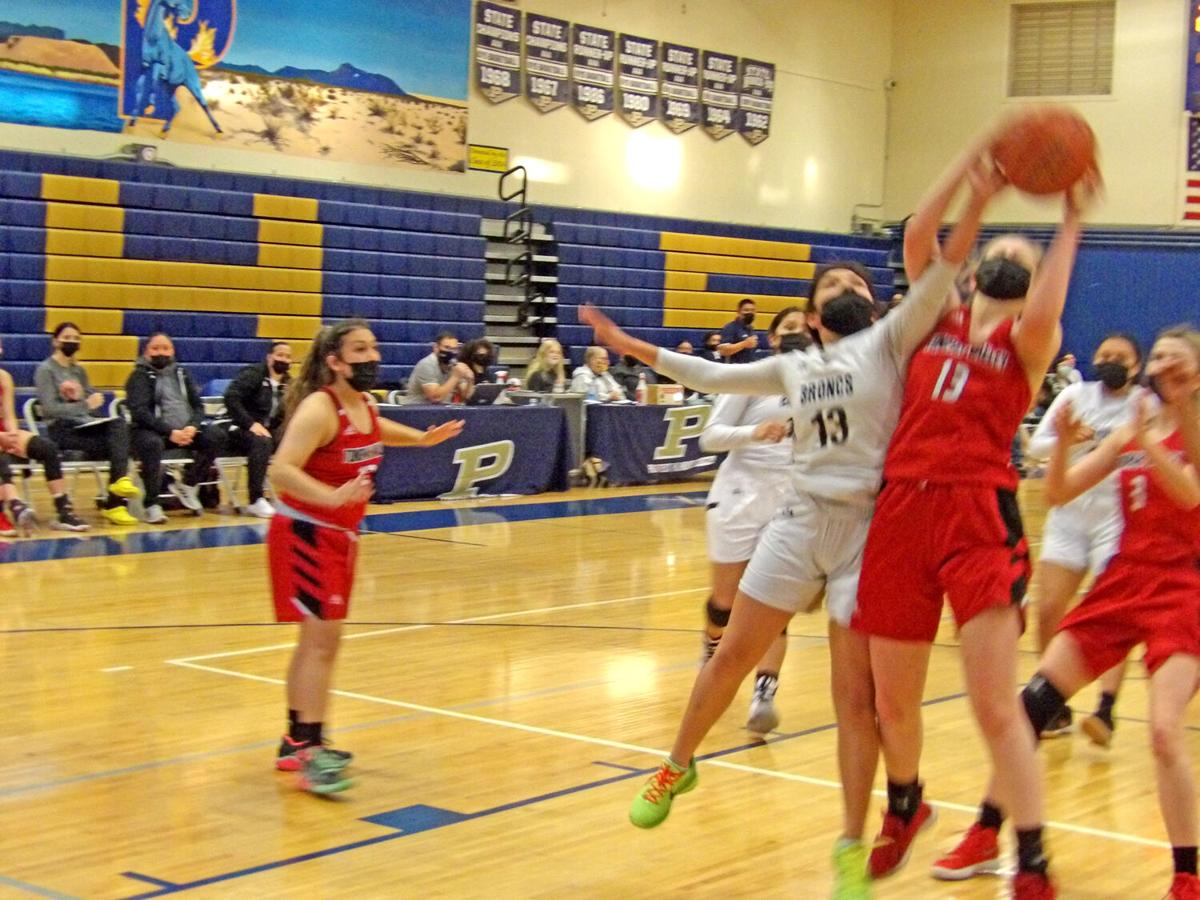 A pair of “13s”, including Parker’s Tyra Robledo, grab for a rebound in the second quarter of the Broncs’ 59-16 win over the Tonopah Valley Phoenix Feb. 19 in Parker. 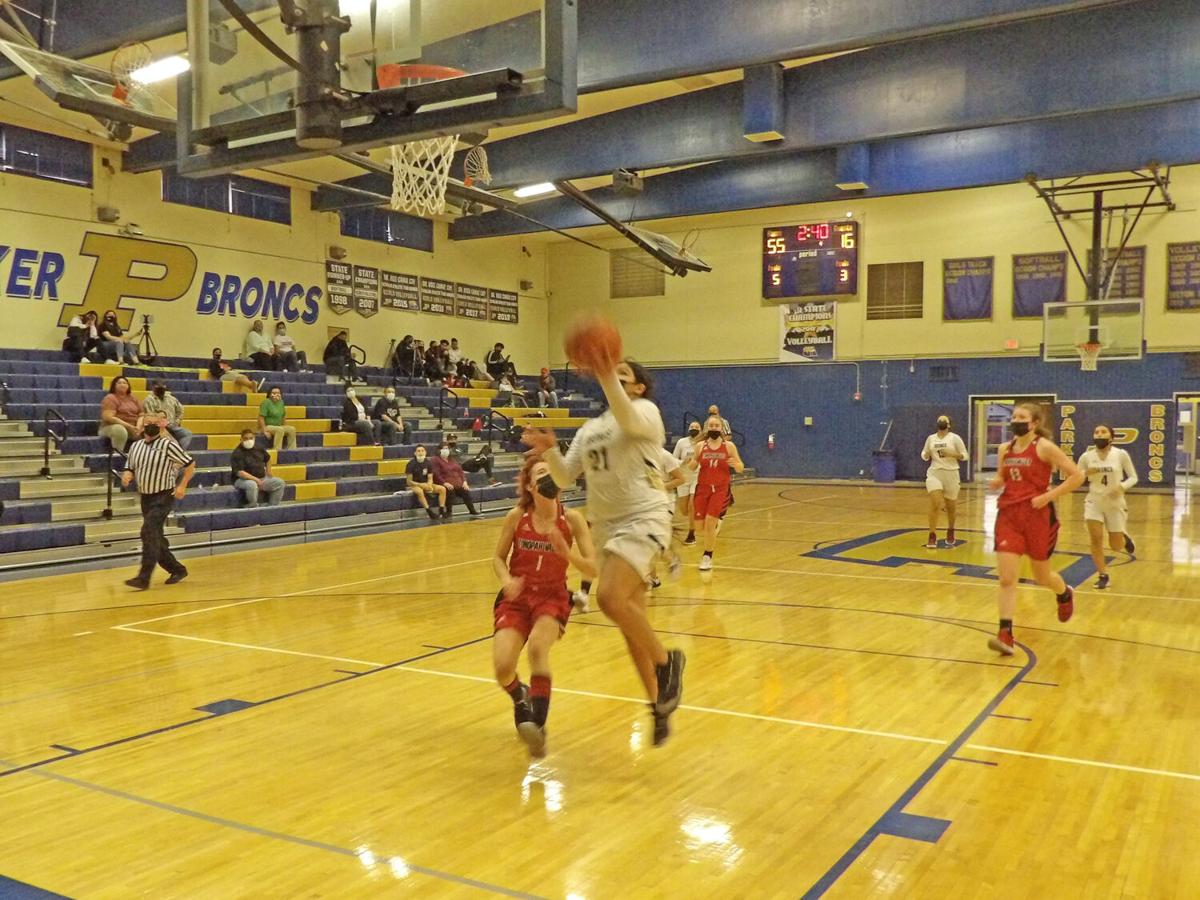 The Parker Broncs’ Adryana Robledo (21) goes up for a shot against the Tonopah Valley Phoenix Feb. 19 in Parker. The Broncs would take the game, 59-16.

A pair of “13s”, including Parker’s Tyra Robledo, grab for a rebound in the second quarter of the Broncs’ 59-16 win over the Tonopah Valley Phoenix Feb. 19 in Parker.

The Parker Broncs’ Adryana Robledo (21) goes up for a shot against the Tonopah Valley Phoenix Feb. 19 in Parker. The Broncs would take the game, 59-16.

It was about the closest one could come to a massacre in basketball. The Parker Broncs girls’ basketball team completely dominated the Tonopah Valley Phoenix, 59-16, Friday, Feb. 19 in Parker.

Meanwhile, the Broncs poured it on and led 29-9 at half-time. They added 30 more in the second half to just 7 for the Phoenix and came away with an emphatic 59-16 win.

Tallia Robeldo and Casandra Sandoval led the Broncs with 14 points each. Tyra Robledo had 11 points, including hitting five free throws. Adriyana Robledo had 7, De’Andrea Robledo and Ernee McCabe each had 4, and Alicea Moreno and Angela Evanston each had 2.

Coach Kyle Peta said he was happy with the win, but added there are still a lot of things the Broncs need to work on.

“We need to execute our half-court offense,” he said. “We need better passing and better player movement. We’ll need to keep working on the things we need to.”

“I’m proud of how the girls are improving,” he said.

Earlier in the week, on Tuesday, Feb. 16, the Broncs won a close game on the road against the Wickenburg Wranglers, 45-43. Sandoval led Parker with 10 points, Tyra Robledo had 9, and Tallia Robeldo had 8. Beth McCabe had 7, Ernee McCabe had 5, and Adryana Robledo and Moreno each had 2.

Their next home game will be their final home game of the season. It will be March 2 against the Kingman Bulldogs. Game time is 5:30 p.m. in the O.B. Francis Gym.

Here are the standings in the 3A West Region. Teams are listed by their region record, their record against 3A teams and their overall record.

Appointments are now being taken for first dose vaccines in Ehrenberg.

The Regional Center for Border Health, Inc. will be conducting coronavirus COVID-1…

February is Black History Month. I keep hearing people ask, “Why do we need a Blac…