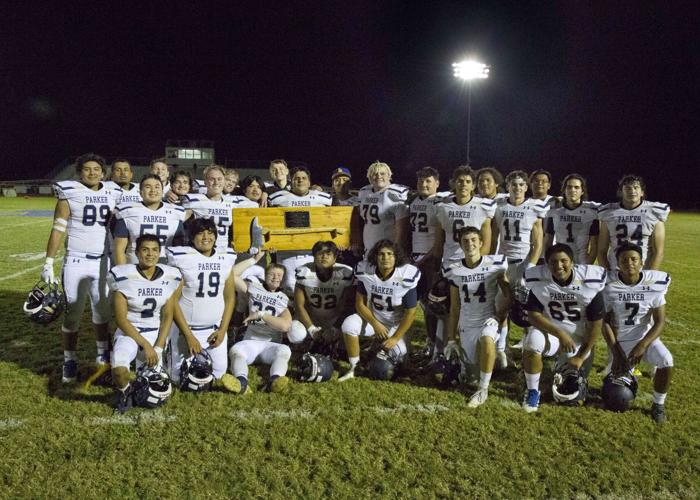 The Parker Broncs football team will be playing the Wickenburg Wranglers Thursday night, Sept. 15 at home. The 2021 team is seen with the firefighter’s axe that is the symbol of their rivalry with Wickenburg. The Broncs won the right to keep the axe for a year after they defeated the Wranglers in September 2021, 34-28, in overtime. 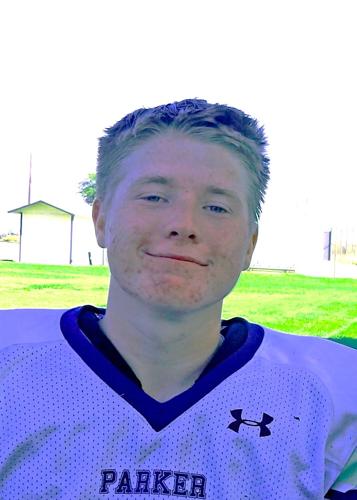 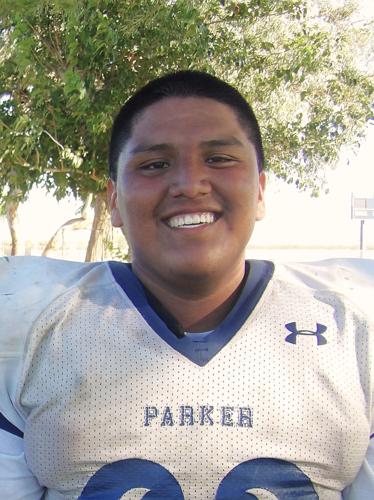 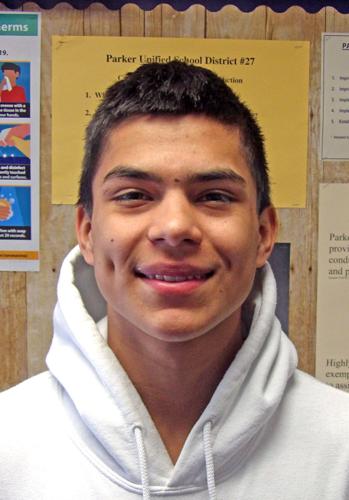 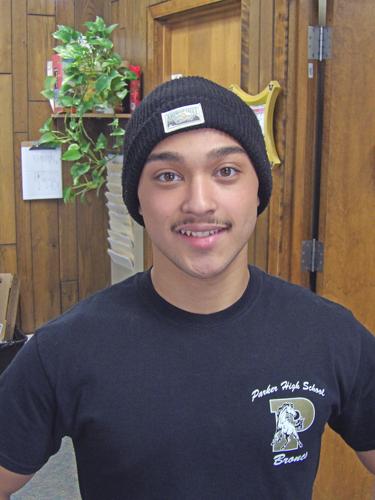 The Parker Broncs football team will be playing the Wickenburg Wranglers Thursday night, Sept. 15 at home. The 2021 team is seen with the firefighter’s axe that is the symbol of their rivalry with Wickenburg. The Broncs won the right to keep the axe for a year after they defeated the Wranglers in September 2021, 34-28, in overtime.

The Parker Broncs varsity football team played a rare Saturday game Sept. 10, and they came out on the short end of a 41-20 loss to the Needles, Calif. Mustangs. The game was also unusual in that it was played indoors. Although the Broncs were officially the home team, they played the Mustangs at the Anderson Auto Group Field House in Bullhead City.

The Broncs are still winless on the season. Coach Jeff Wheatley said the young team is still learning, and their inexperience is showing.

“We struggled a bit,” he said of the Needles game. “We had trouble finishing our plays, and we had a couple of turnovers that cost us. We had trouble stopping their offense.”

In spite of the losses, Wheatley said the team is learning and improving with every game.

“We’re getting there, slowly but surely,” he said.

Wheatley praised Gage Honomichl and Damian Najera, both of whom scored touchdowns for the Broncs. Angel Velarde also scored for Parker. Elijah Fisher also had a good game, Wheatley said.

The Broncs are now 0-0 in the 3A West, 0-2 against 3A teams, and 0-3 overall. They are in seventh place in the 3A West. A Parker win this week, along with losses by Yuma and Chino Valley, would move them up in the standings.

The Broncs are getting ready for their first region game, which will be played at 7 p.m. on Thursday, Sept. 15 at Joe Bush Stadium. This will be the annual game with Parker’s longtime rivals, the Wickenburg Wranglers. At stake will be the firefighter’s axe that has become the traveling trophy between the two teams. The winner of the game gets to keep the axe until the game the following year.

The Broncs won the axe last year and want to keep it again this year.

In other La Paz County high school football news, the Salome Frogs defeated the Cicero Prep Centurions, 42-14, on Sept. 10 in Scottsdale. This came a week after their first loss of the season on Sept. 2, a 60-0 trouncing by the Williams Vikings.

The Frogs have a 3-1 overall record and are in first place in the 1A West. They’ll have this week off, but they’ll be back in action Sept. 23 when they face their top rival in their region, the Bagdad Sultans, at home.

3A West Football Standings as of Sept. 11

Teams are shown by record in the region, record against 3A teams, and overall record.

1A West Football Standings as of Sept. 11