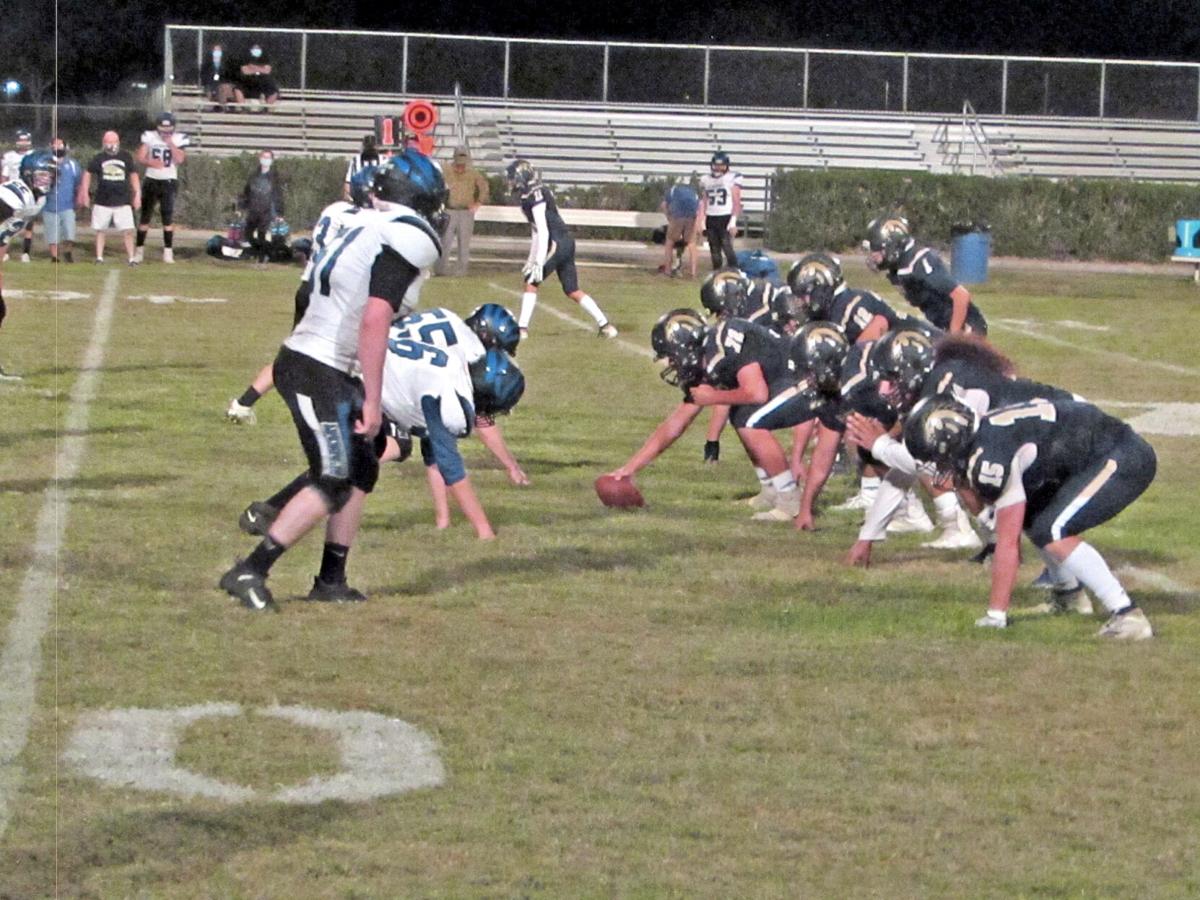 The Parker Broncs line up offensively against the Kingman Academy Tigers Oct. 30 in Parker. The Broncs would win this one, 54-20. 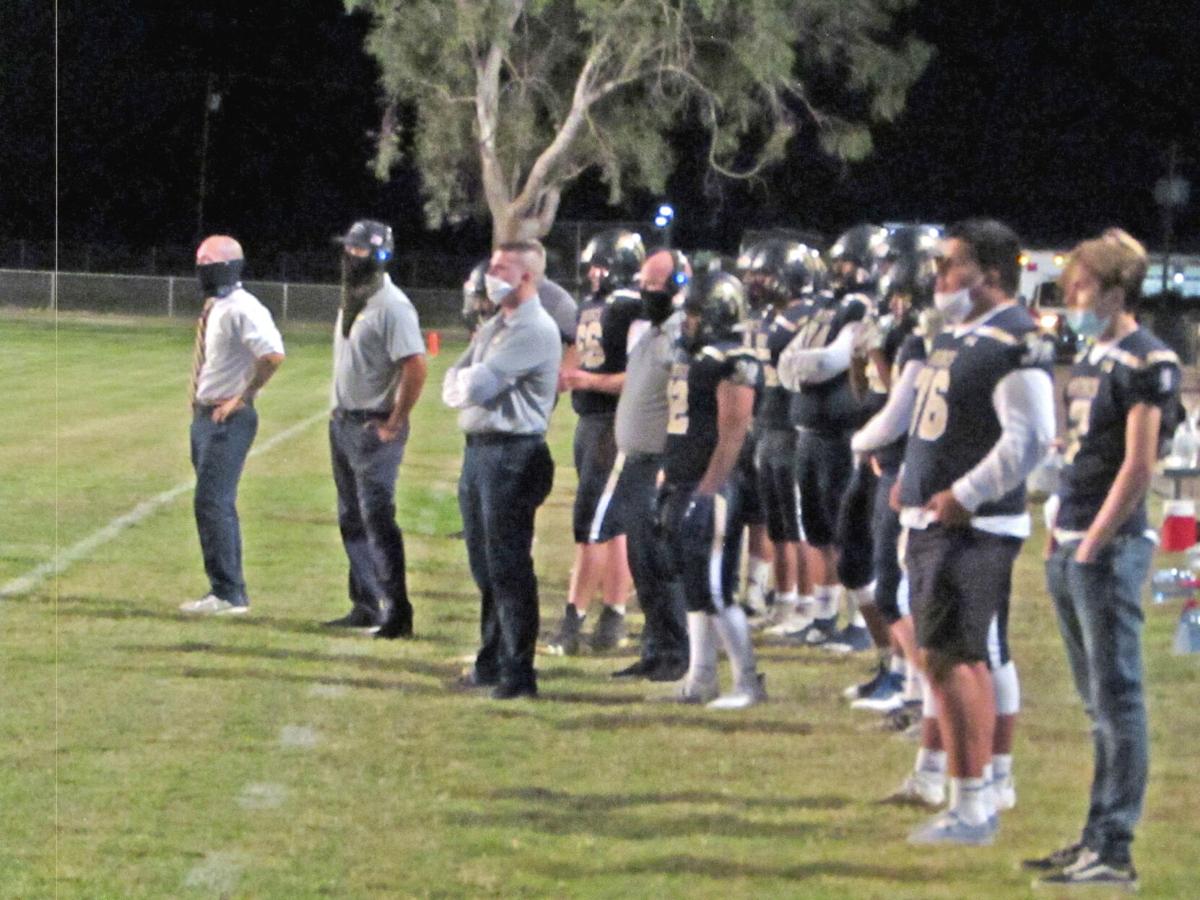 The Parker Broncs’ coaches and players pay close attention to what’s happening on the field in their 54-20 win over Kingman Academy Oct. 30.

The Parker Broncs line up offensively against the Kingman Academy Tigers Oct. 30 in Parker. The Broncs would win this one, 54-20.

The Parker Broncs’ coaches and players pay close attention to what’s happening on the field in their 54-20 win over Kingman Academy Oct. 30.

The Broncs added another one in the “win” column Friday, Oct. 30, as they defeated the Kingman Academy Tigers, 54-20 at home. This extends their winning streak to three games after their season opening loss to Wickenburg.

This marked the Broncs’ last home game of the 2020 season. On Friday, Nov. 6, they travel to play the Glendale Prep Griffins in a game that will be crucial in deciding the championship of the 2A Agua Fria Region. The Broncs are currently in first place over the second-place Griffins. Both teams have 3-0 records over the region rivals, but the Broncs have a better record against 2A teams, which the Arizona Interscholastic Association uses as the tie-breaker to put the Broncs in first place.

Against Kingman Academy, the Broncs got on the board first Joe Martinez carried one in from 13 yards out with 8:10 left in the first quarter. Kingman Academy came very close to scoring with 15.7 seconds left in the quarter, but Parker’s Eman Alaniz intercepted a pass in the end zone. This would be first of Alaniz’s three interceptions on the evening, one of which he ran back for a touchdown.

Parker’s offense was dominated by the usual suspects:  Alaniz, Joe Martinez, Uriah Martinez, and quarterback Fabian Lamas. In addition to his three interceptions and the touchdown he scored on one of those interceptions, Alaniz had three more touchdowns in the game, including two in the third quarter. One of his scores came on a 40-yard run and another came on a 20-yard run.

Parker Coach Jeston Lotts said the team did not play as well as they could have or should have on defense. He said he took the blame for that as defensive coordinator.

“I didn’t have them keyed in where they could play fast,” Lotts said. He added that will change for the Glendale Prep game.

On Nov. 13, the Broncs will close out their regular season on the road against Trivium Prep. Lotts said there is a strong possibility the Broncs could host a first-round play-off game.

Here are the standings in the 2A Agua Fria region, as of Nov. 1. Teams are listed by record in the region, record against 2A teams, and overall record. There are also explanations of tie-breakers.

Editorial: ‘Activists’ can’t see tough job police do and how much they care

I recently saw that activists want to see changes to police TV shows and movies.  …

Broncs out at state tournament

The 2020 season for the Parker Broncs volleyball team came to an end Saturday, Nov…