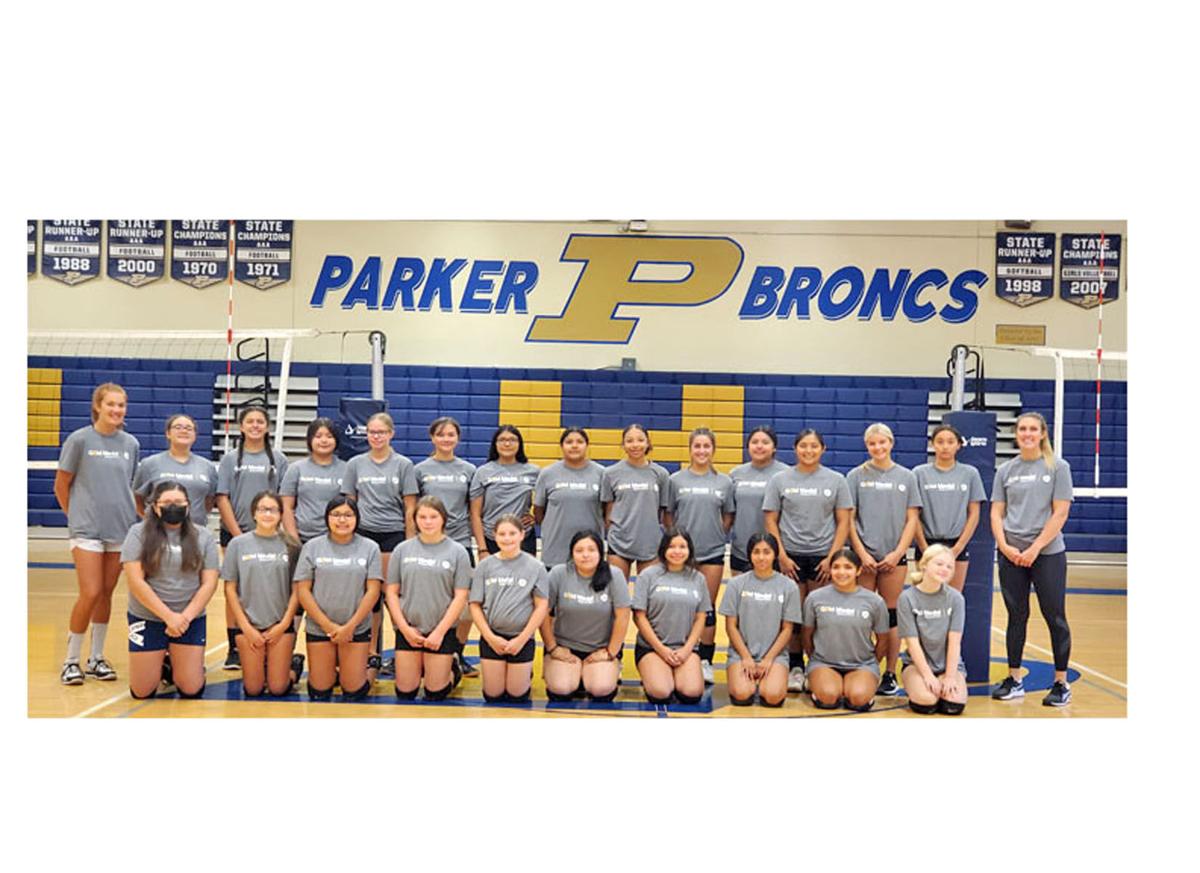 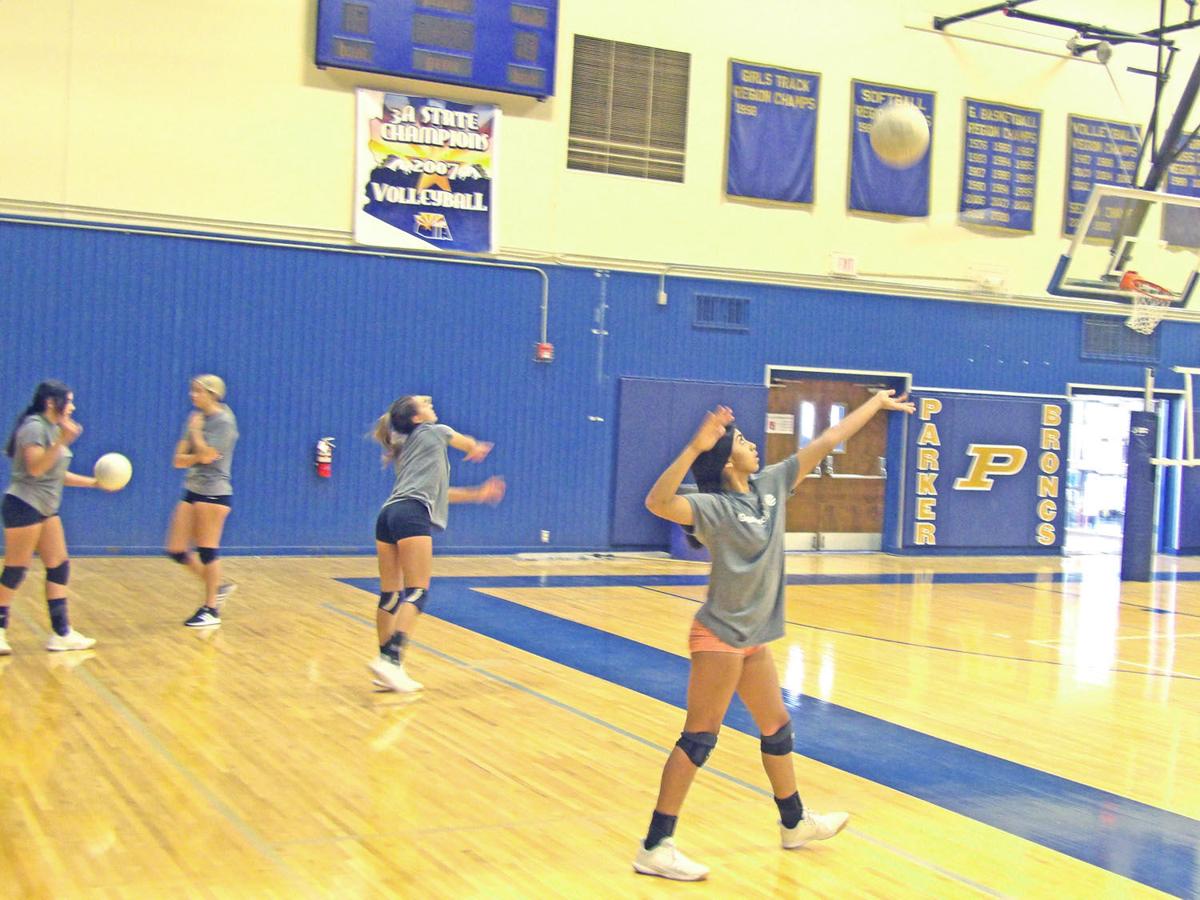 The volleyball camp participants learned a lot of skills during the camp. Here, they work on their serving skills. 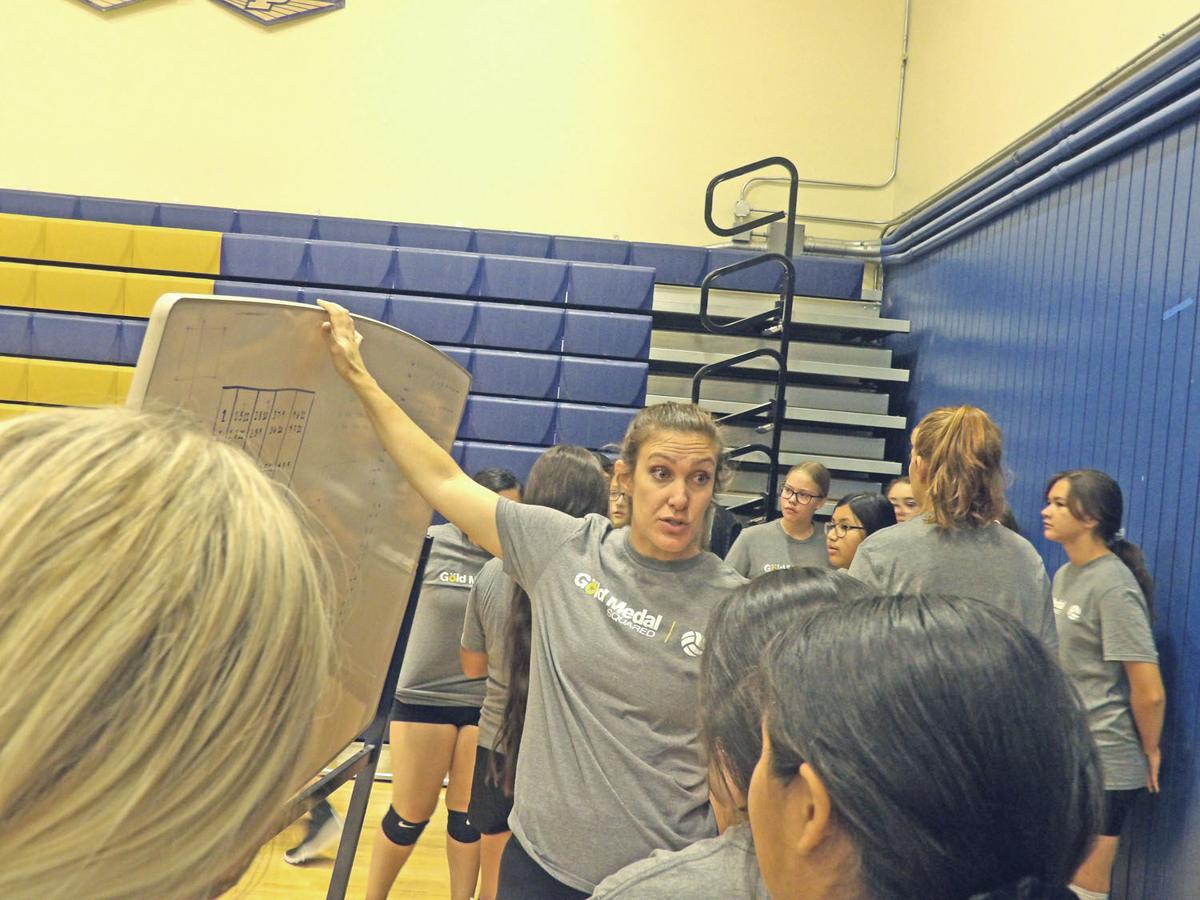 Instructor Margie Giordano illustrates a point to her students during a session of the volleyball camp held at Parker High School. 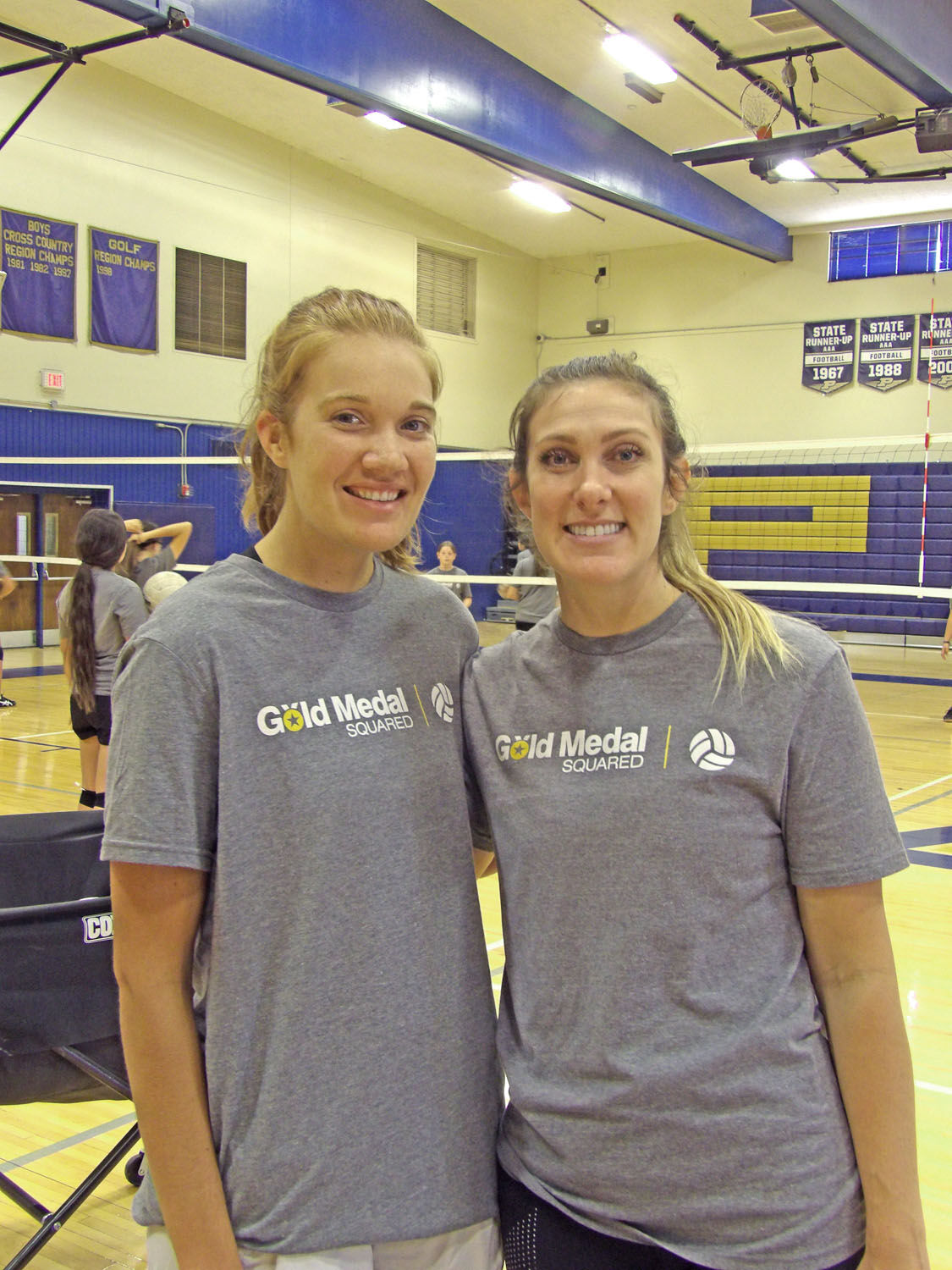 Lindsey Calvin (left) and Margie Giordano were instructors for the camp. Both are former college players.

The volleyball camp participants learned a lot of skills during the camp. Here, they work on their serving skills.

Instructor Margie Giordano illustrates a point to her students during a session of the volleyball camp held at Parker High School.

Lindsey Calvin (left) and Margie Giordano were instructors for the camp. Both are former college players.

High school volleyball players from Parker and the surrounding area had a chance to improve their skills at a camp held June 8-11 at Parker High School. The camp was run by Gold Medal Squared, an organization that teaches volleyball skills across the nation.

The instructors for the camp were two former college players. Lindsey Calvin is a native of Fresno, Calif. who played at St. Mary’s College in California. Margie Giordano is from Glendale and played for Arizona State University. They described Gold Medal Squared’s methods as being based on statistics.

The camp was described as a structured environment that provided four days of volleyball training and practice.

The players learned a variety of ways to improve their game over the four days of the camp. Among the attendees were three girls who will be seniors at Parker High next year:  Tallia Robledo, Lyndee Hill and Casandra Sandoval.

Robledo, an outside hitter, said she was learning about footwork and team chemistry. She said the camp was helping her to understand the many variables in the game of volleyball.

Hill said she was learning how to hit the ball better. She was also learning more about how to pass. She admitted it’s not easy to pass the ball when you can only hit it with your hands and can’t grab onto it.

She said she was also learning a lot about teamwork.

“If you want to play as a team, you need to leave the drama off the court,” she said.

Sandoval said she was also learning about teamwork. She was particularly learning how to better communicate with her teammates on the court. A defensive specialist, she said she was learning better ways to make digs and otherwise improve the team’s defense.

She said the camp is helping her grow into the role she knows she will need to play in the upcoming volleyball season.

“I’m learning to be a leader,” she said.

Maya said this camp should help the Broncs play better in their 2021 volleyball season. While she is proud of what they have done on the court, she said she is particularly proud of the team having received the Dr. Voie Chase Award each year since 2015. This award is presented to teams that have a collective academic grade average of 3.5 or better.

“A lot of larger schools have won this award,” Maya said. “I’m more proud of this than anything they’ve done on the court.”

Gold Medal Squared was founded in 1985 and is headquartered in Cave Creek, Ariz. They conduct volleyball camps and coaches clinics around the country. They also offer online courses. On their website, they say their personnel and methods have been involved in six Olympic medals, 12 NCAA Division 1 Championships, hundreds of state titles, and thousands of local league or district championships.