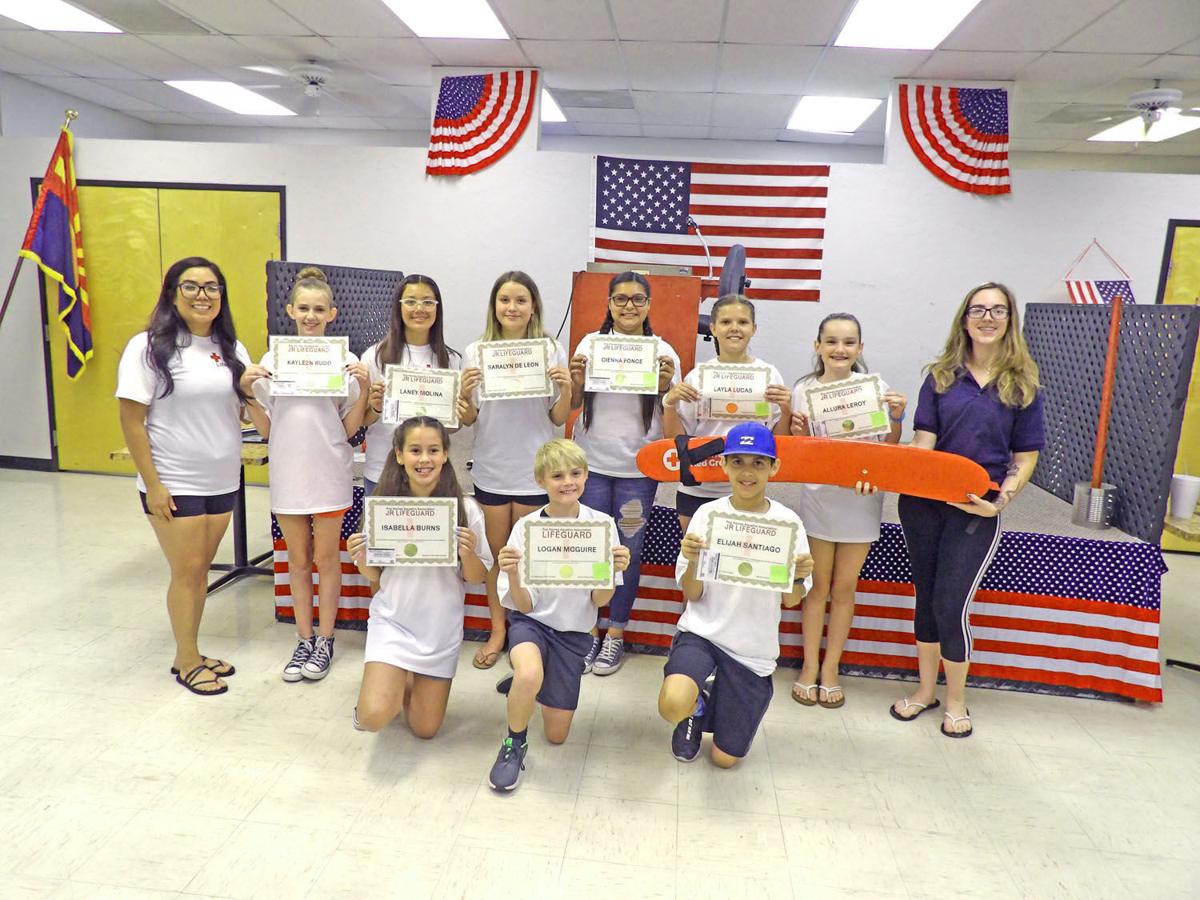 The junior lifeguards display their certificates. They receive some of the same life-saving training as the lifeguards, but they are younger. 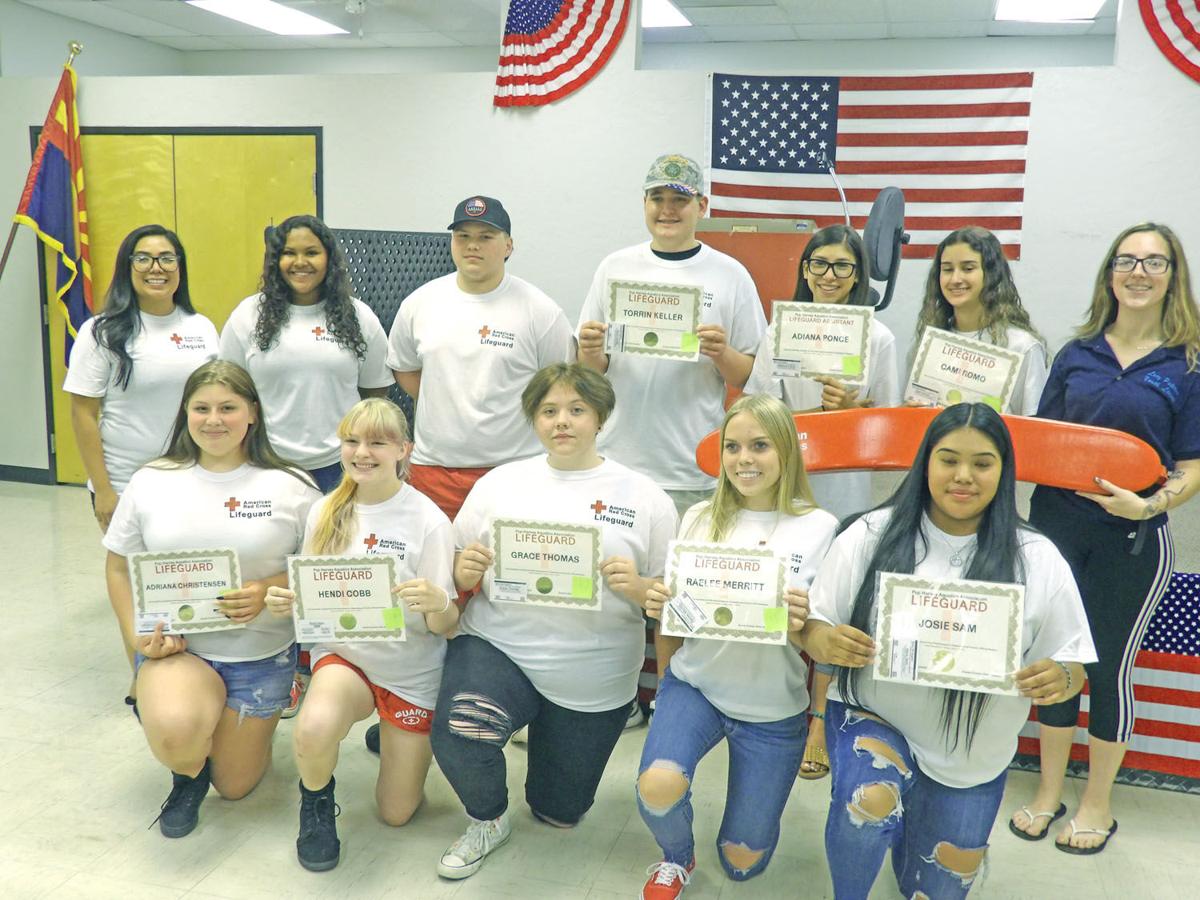 The lifeguards for the 2021 Summer Swim Program display the certificates they received at a special ceremony June 4 at the Parker Community/Senior Center. While some are back from 2019, others are being lifeguards for the first time. 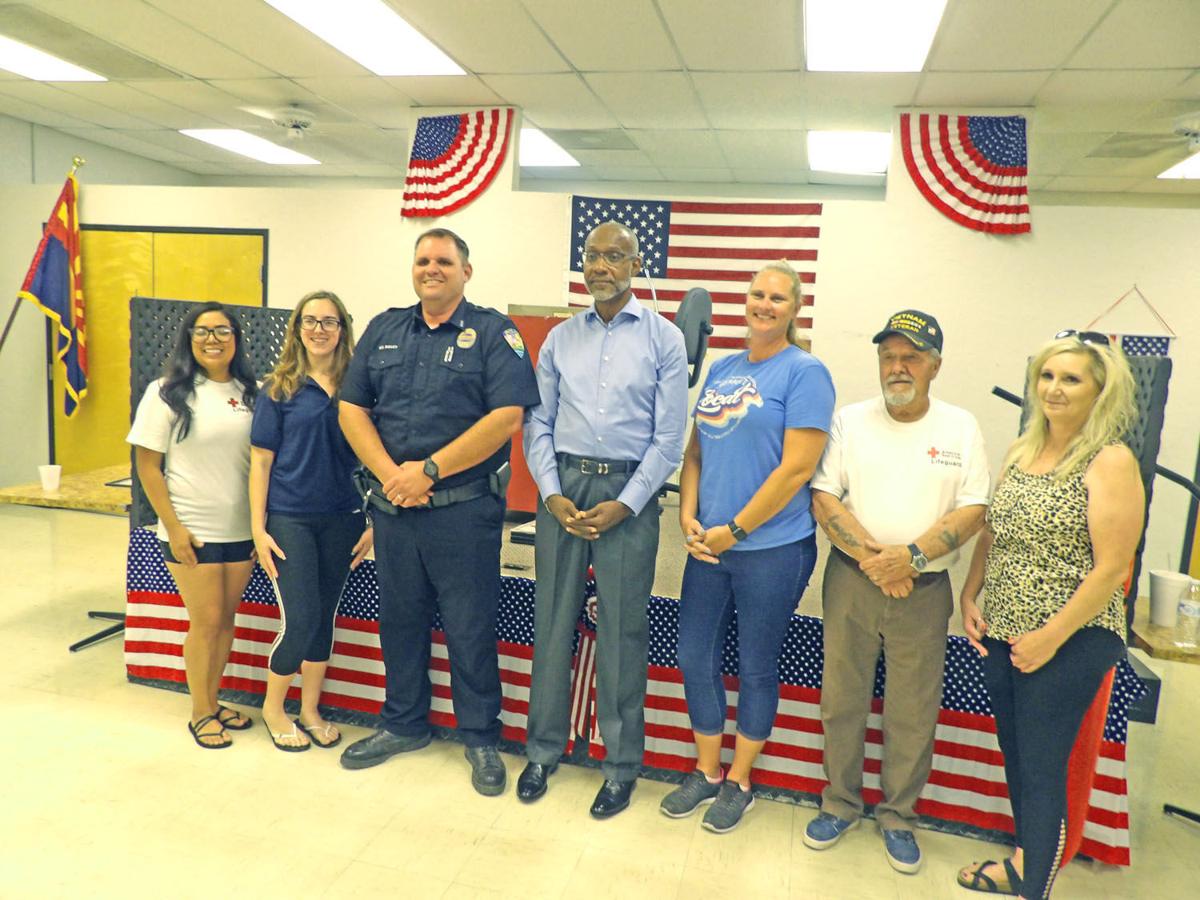 The junior lifeguards display their certificates. They receive some of the same life-saving training as the lifeguards, but they are younger.

The lifeguards for the 2021 Summer Swim Program display the certificates they received at a special ceremony June 4 at the Parker Community/Senior Center. While some are back from 2019, others are being lifeguards for the first time.

The lifeguards were taught according to the curriculum from the American Red Cross. While there are those who are returning from year’s past, others are being lifeguards for the first time. For some of them, this will be their first paid job.

The Town of Parker awarded the PHAA $7,000 for the summer swim program. Other sponsors include the Best Western Motel, the Colorado River Indian Tribes, and the Industrial Development Authority of La Paz County.

The Town did not have a summer swim program in 2020 due to the coronavirus pandemic.

With the town not having a public pool, the swim program will be conducted in the pool at the Best Western Motel at 11th Street and Geronimo Avenue. In previous years, it had been conducted at the Kofa Inn, an enterprise of the Colorado River Indian Tribes. However, their pool will not be available this year.

There will be two sessions. The first started June 1 and runs through June 11. The other runs from June 14 to June 24. Classes will be Mondays through Thursdays, with no classes on Fridays or weekends.

The program will conclude with the Perry Hoffman Memorial Water Show on the evening of Thursday, June 24. The first show will be at 6 p.m. for 9 a.m. students, while the second show for later classes will be at 7:30 p.m. The show is named after a boy who drowned some years ago in the Colorado River.

For more information, and for registration forms, stop by the Gingerbread House at Mohave Avenue and Agency Road or call 928-669-8319.

The Parker Town Pool was closed after the 2003 season because it had deteriorated to the point where it could not be safely used anymore. It was leaking and needed extensive repairs. The Town was spending about $150,000 per year on it. After efforts at securing state grants for a new smaller pool failed, the old pool was demolished in 2009 due to liability issues.

During the time it was in operation from 1979 to 2003, it’s estimated more than 10,000 local children learned to swim at the town pool. The pool also provided summer employment for young people as lifeguards and pool staff.

This is probably a diversion from how lousy the Diamondbacks have been this season.