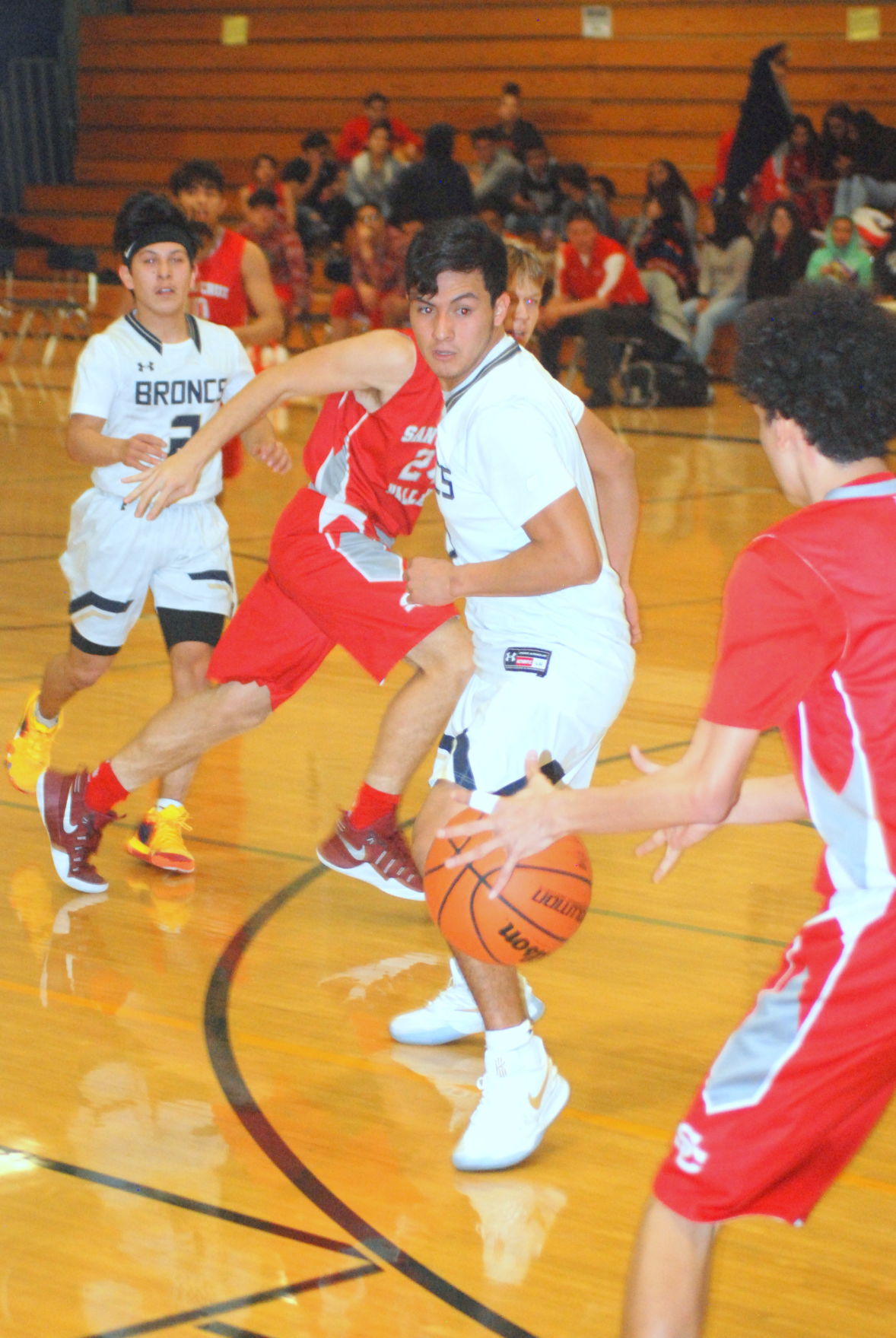 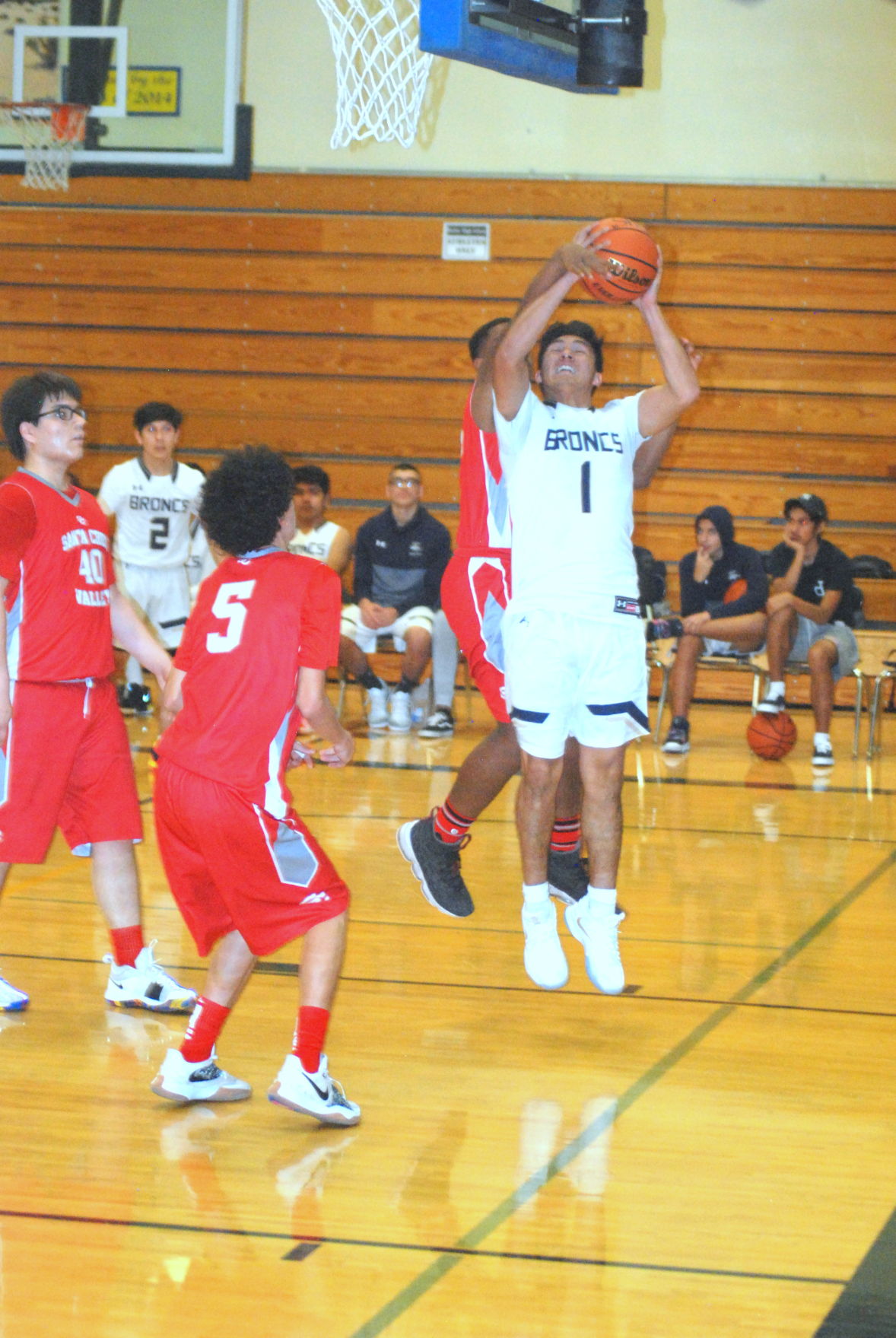 The Parker Broncs’ Shane Robledo (1) has just grabbed a rebound in the Broncs’ 52-25 win over the Santa Cruz Valley Sun Devils Jan. 4 in Parker.

The Parker Broncs’ Shane Robledo (1) has just grabbed a rebound in the Broncs’ 52-25 win over the Santa Cruz Valley Sun Devils Jan. 4 in Parker.

The Parker Broncs’ boys’ varsity basketball team got right back at it when they restarted their regular season Jan. 4 in Parker. They defeated the Santa Cruz Valley Dust Devils of Eloy, 52-25.

“They came out with a lot of energy,” Parker Coach Rolland Hansen said.

The game started out even, but the Broncs began to pull away in the second half of the first quarter. By the end of the quarter, they had built up a 9-point lead, 22-13.

The Broncs continued to pull away in the second quarter, and had a 40-18 lead at half-time. They seemed to get stronger as the game moved along. They scored 11 points in the third quarter to just 2 for the Dust Devils to have a 51-20 lead at the end of the third quarter.

With the Broncs ahead by such a wide margin, the decision was made to run the clock in the fourth quarter except for time-outs and free throws.

Josh Openshaw continued to draw fouls and make free throws as he led the Broncs with 13 points. He made a total of 11 of 12 free throw attempts. Estevan Moreno scored 11 points. Shane Robledo scored 9 points, Leo Scott added 7, Jason Amador had 6, and Cody Weathersby had 5.

For the Dust Devils, Joel Salazar led with 10 points.

Hansen said one of the keys to the game was taking out the Dust Devils’ three-point plays. He noted one of their players, Jesus Arredudo, was known for hitting three-pointers. In the game Jan. 4, the Broncs limited him to just 2 points, both on free throws.

Hansen noted the senior guard Isaiah Harper finally got into his first high school game against the Dust Devils. He was injured in his freshman year, and he had to work his way back.

“He got into this game,” Hansen said.

The crowd at the game acknowledged Harper’s entry with a loud ovation.

This week marks the start of region play, as the Broncs will take on 2A West rival Tonopah Valley at home Friday, Jan. 11. Game time is scheduled for 7 p.m.

Candidates for Sheriff miss Bouse forum due to coronavirus concerns

The 2020 Parker Tube Float has been cancelled. The event, which had already been m…

New police chief said he plans to emphasize training, ties to the community

Candidates for Sheriff meet the voters in Bouse