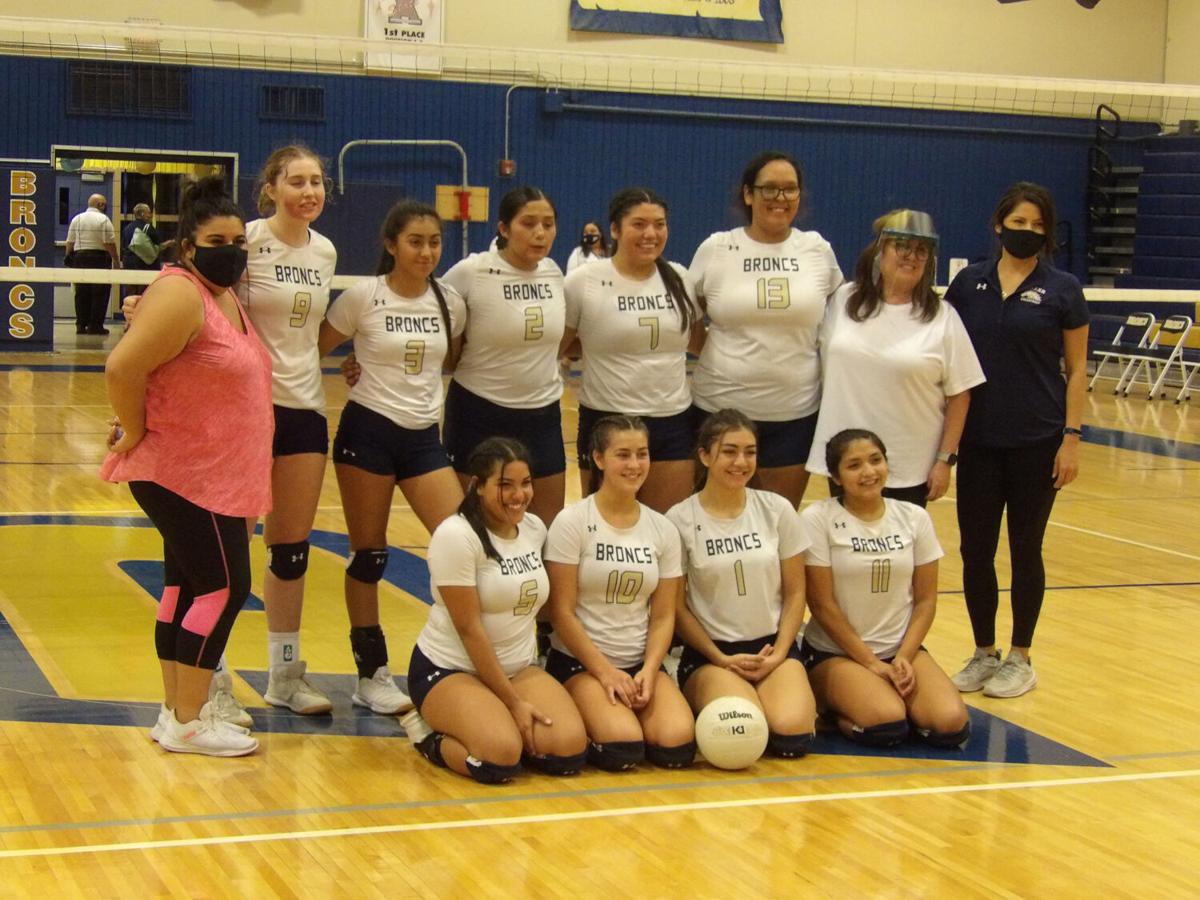 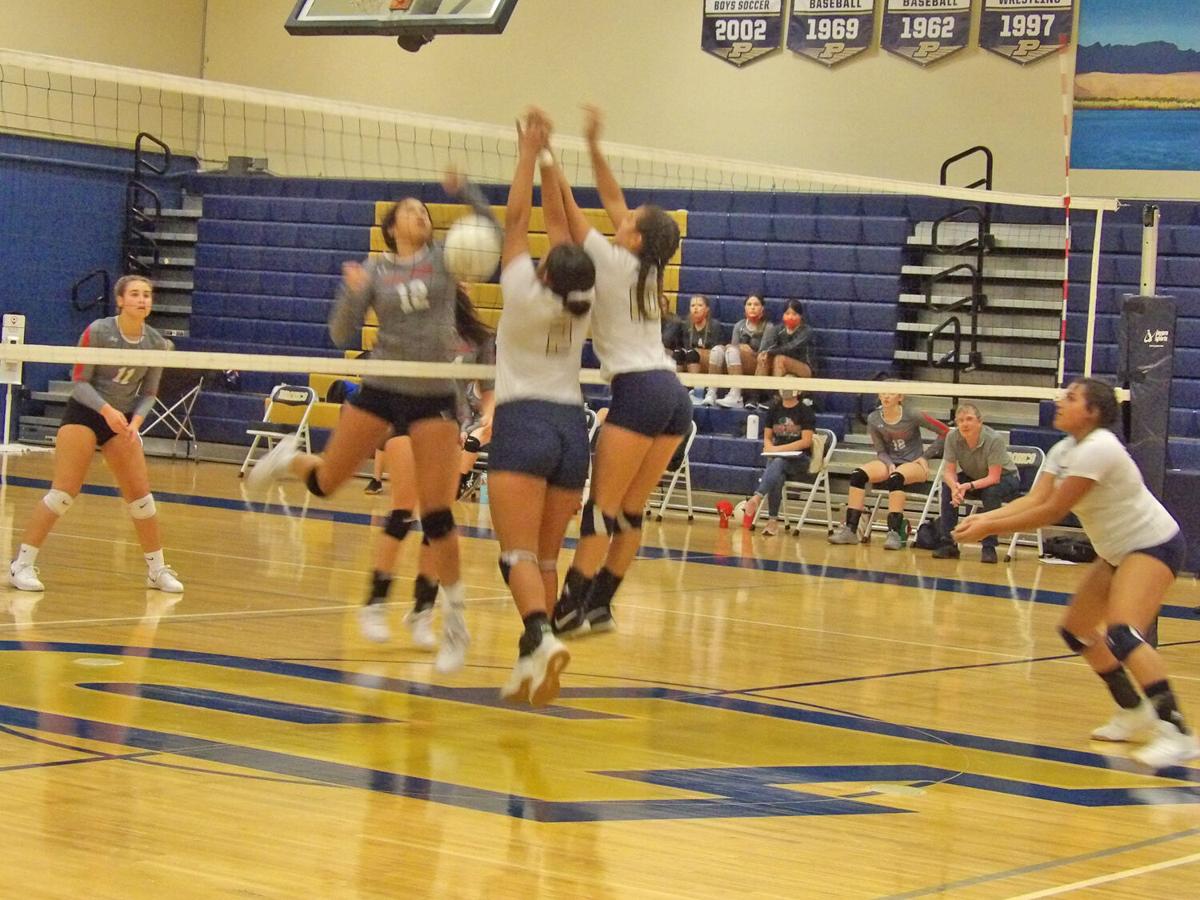 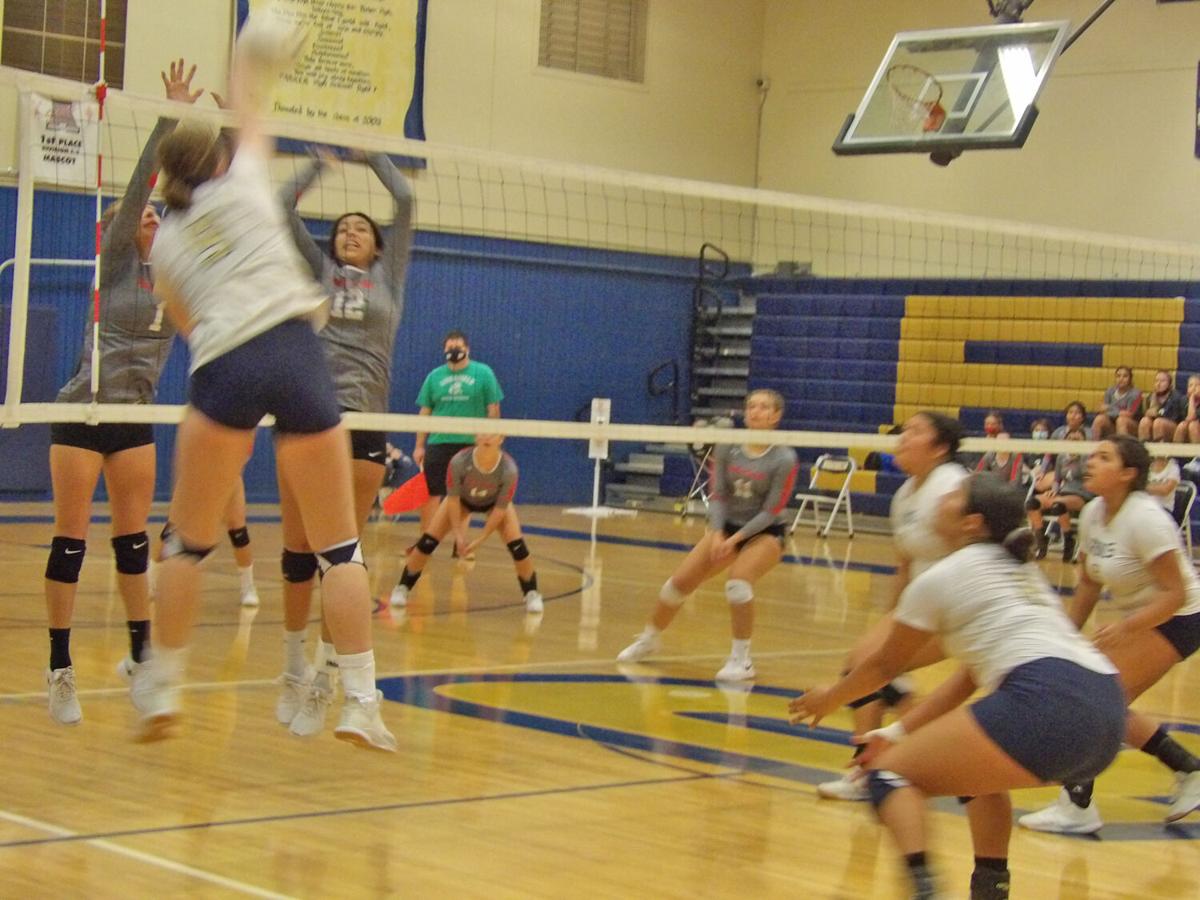 Parker outside hitter Demi Durham takes to the air to slam the ball over the net against River Valley Sept. 24 in Parker. 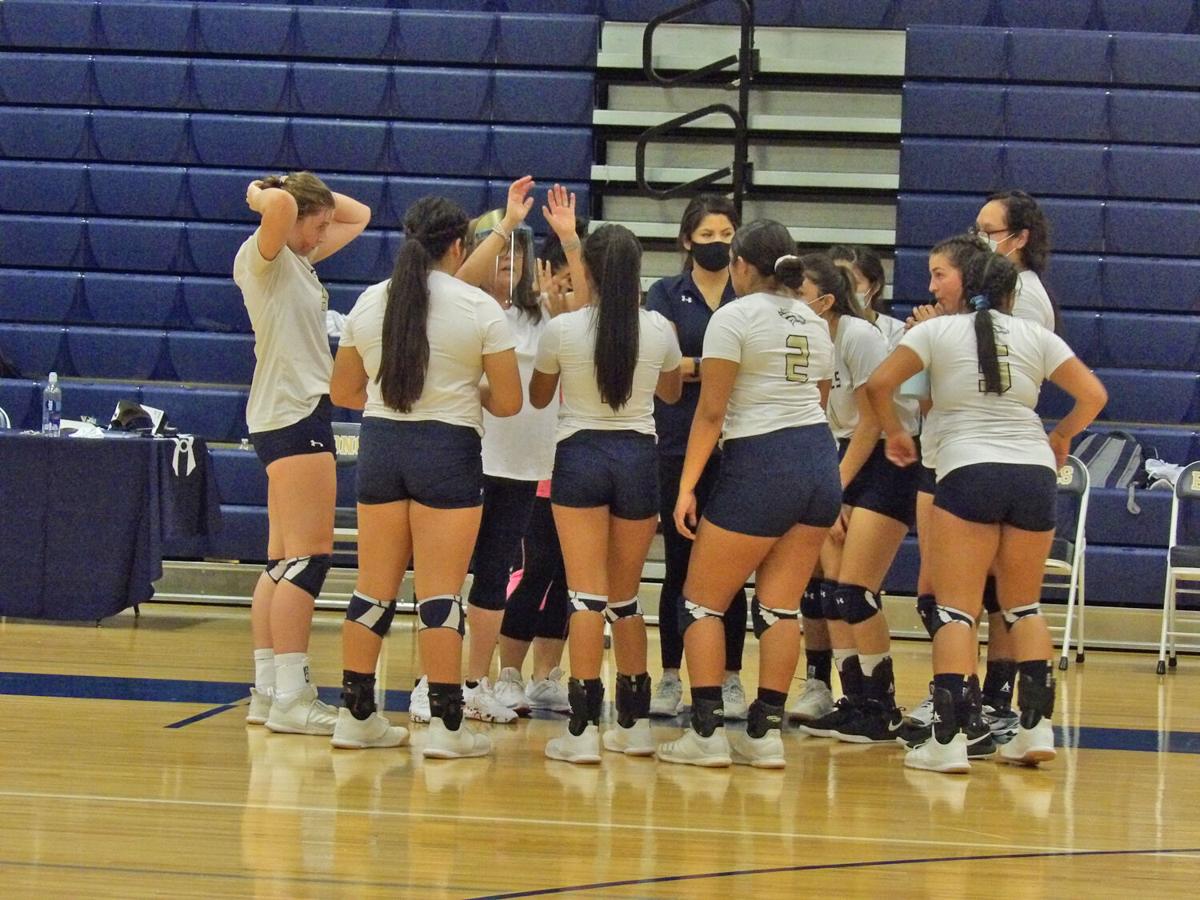 The Parker Broncs discuss strategy during a time-out in their three-game sweep over River Valley Sept. 24 in Parker.

Parker outside hitter Demi Durham takes to the air to slam the ball over the net against River Valley Sept. 24 in Parker.

The Parker Broncs discuss strategy during a time-out in their three-game sweep over River Valley Sept. 24 in Parker.

The Parker Broncs volleyball team is back in action. They started their season Sept. 24, by making quick work of the River Valley Dust Devils, winning in a three-set sweep at home. The scores were 25-10. 25-13, and 25-8.

The Dust Devils got off to a 3-0 lead early in the first set, but that would be as close as they would get. From that point on, it was nearly all Parker. Led by Demi Durham and Tallia Robledo, the Broncs’ offense dominated all three sets.

It was the Broncs first match since the onset of the coronavirus pandemic, and there was evidence everywhere of its effects. Only a handful of fans were allowed to attend, and they were mostly friends and families of Broncs’ players. No visiting fans were allowed. Everyone who wasn’t playing was required to wear a mask, and social distancing rules were in effect.

As an example of social distancing, the seats on the team’s benches were placed several feet apart. The teams did not change sides of the court between matches, per the guidelines of the Arizona Interscholastic Association.

No stats were available on the match, but Parker Coach Marie Maya said she liked what she saw.

“I’m liking the vibe,” she said. “These girls are working hard together.”

“They got together and decided they weren’t going to be outworked,” she continued. “You can see it.”

Durham and Robledo said they were happy to be playing again. The season started more than a month later than usual because of the coronavirus pandemic, and there were times when it looked like they may not even have a season at all this year.

“It was a really positive atmosphere,” Robledo said.

The Broncs are now 2-0 overall and they are in third place in the 3A West. Tonopah Valley is in first place with a 1-1 record. Tonopah Valley lost to Arizona Lutheran, a 2A team, but they defeated Camp Verde, a 3A team. The Broncs have yet to play one of their region rivals, or any other 3A teams.

The following are the standings in the 3A west, with each team listed by region record, 3A record, and overall record.

The Broncs have three road matches coming up. They’ll play Kingman Tuesday, Sept. 29 and Yuma Catholic, Thursday, Oct. 1. Their next home date will be Tuesday, Oct. 6, when they take on the Bourgade Catholic Golden Eagles. The varsity is scheduled for 6 p.m.

The Parker Broncs volleyball swept another one of the 3A West rivals Tuesday, Oct.…