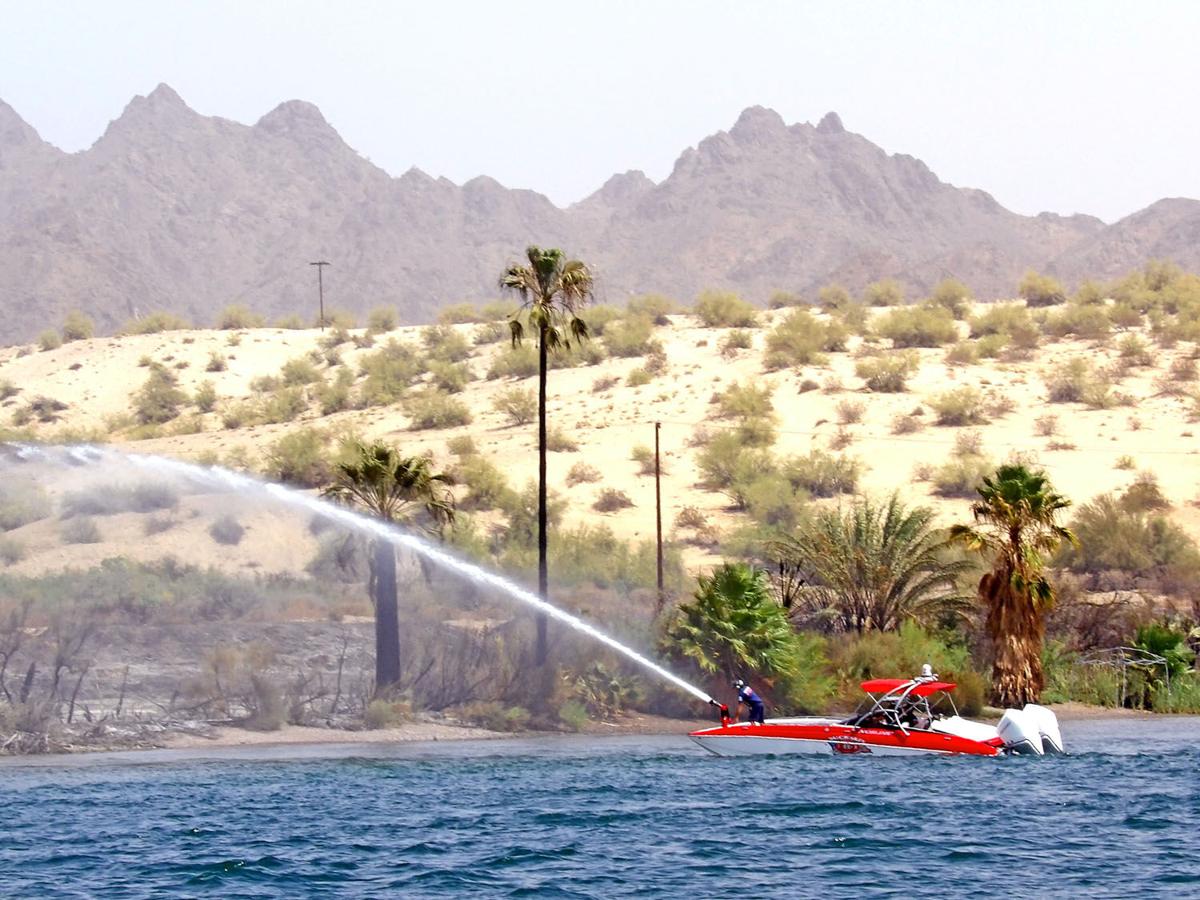 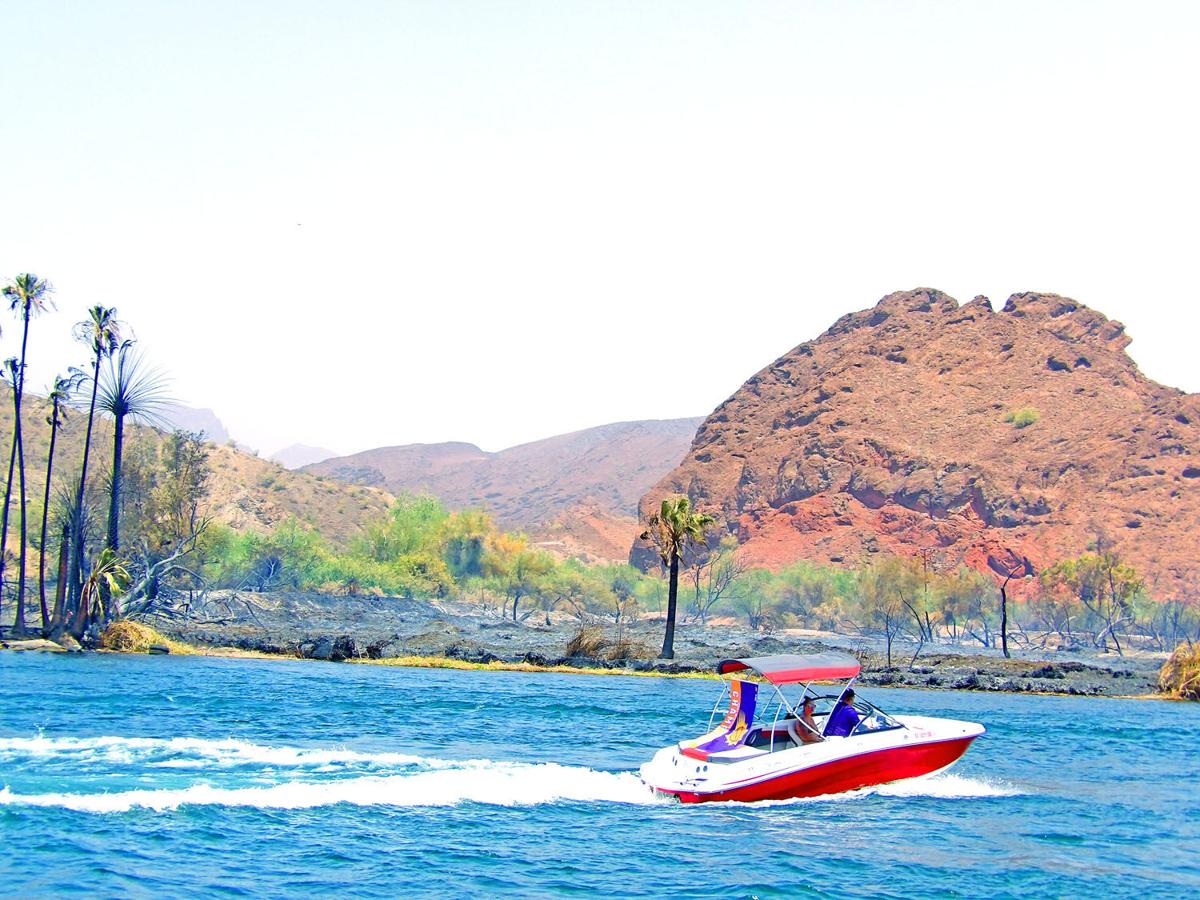 NOTE:  This story has been updated.

Fireworks are suspected as the cause of a brush fire north of Parker on Sunday morning, July 11, that sent smoke and haze up and down the Colorado River. The fire took place on the California side of the river across from Fox’s Resort, Rio Linda Shores and Sundance Saloon.

By late morning, the fire was out, and the extent of the damage could be seen. The Buckskin Fire boat was on hand to keep the scene moist and prevent any flare-ups.

BFD Spokesperson Lt. Brandon Quinn said they were called out at 12:55 a.m. Sunday. He said less than 10 acres were burned and no one was injured. He added fireworks are suspected as the cause of the fire. San Bernardino County is handling the scene and the investigation.

In addition to Buckskin and San Bernardino County, the Colorado River Indian Tribes’ Fire Department also responded to the blaze.

These two photos were taken at Fox’s Resort. In the first, the Buckskin Fire boat directs water onto the scene to douse any “hot spots” that could flare up again. In the second, a boat heads past the burned area.