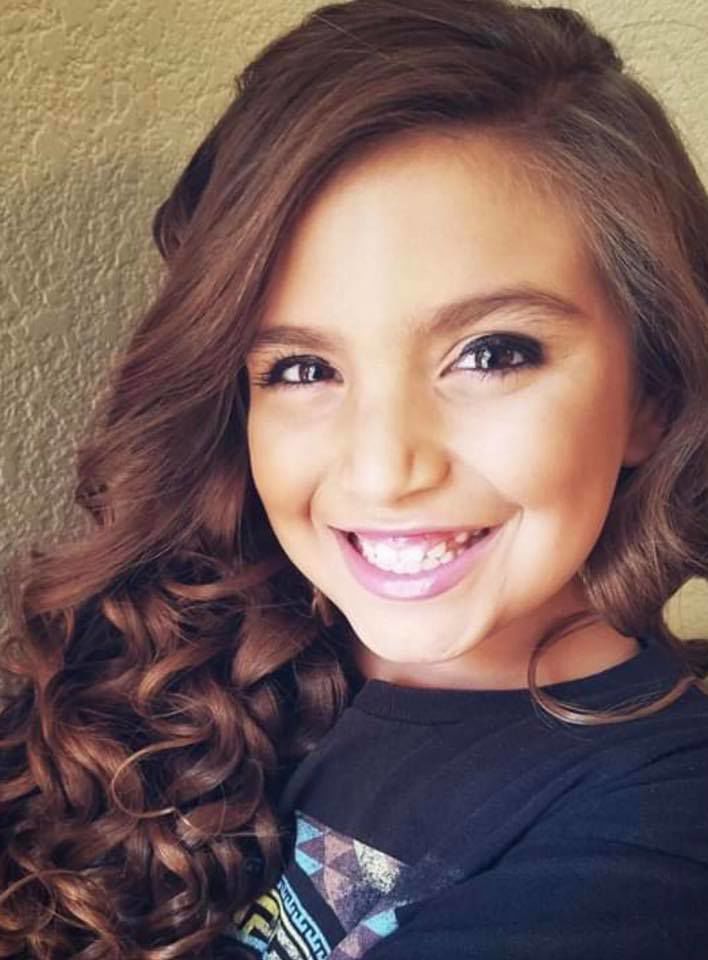 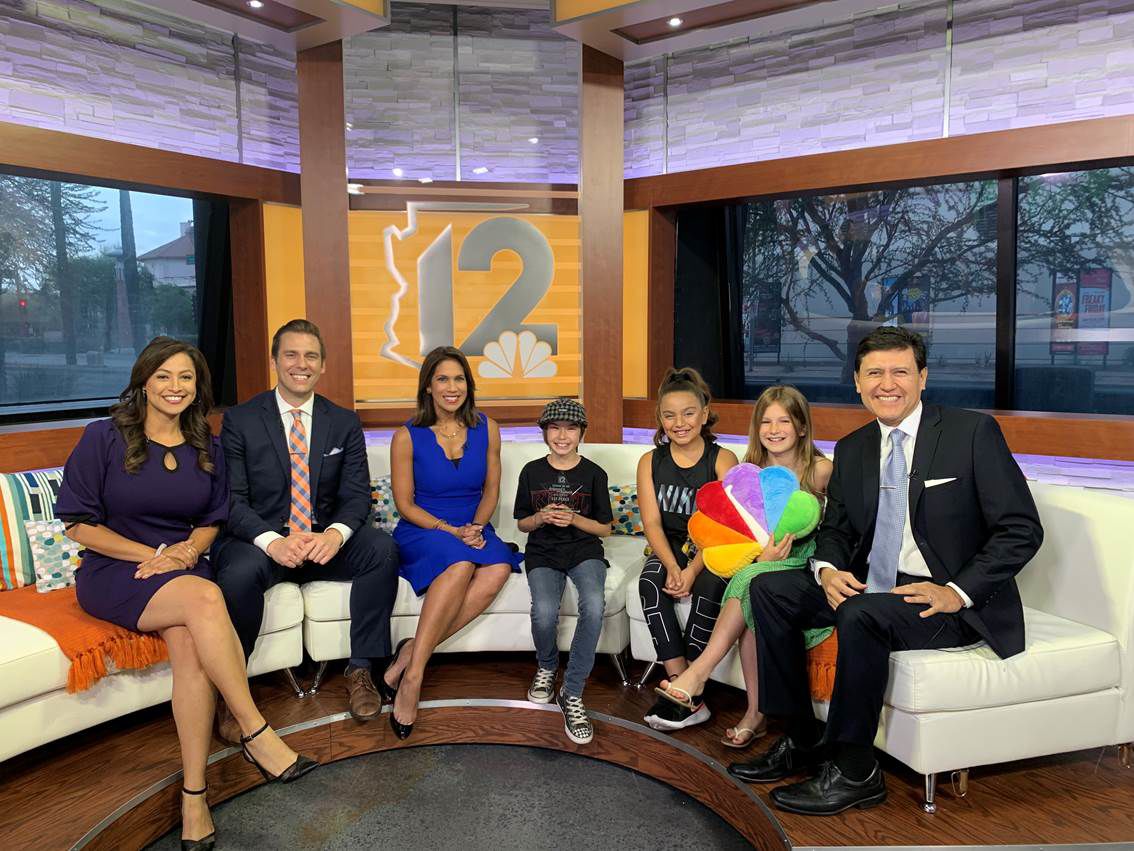 Brooklyn Daniels-Leivas appeared live on KPNX-TV May 22 with some of their on-air personalities and the other two of the top three winners in the station’s “Arizona Kids Got Talent” competition. From left:  Vanessa Ramirez, William Pitts, Rachel McNeil, first place winner Gavin, second place winner Brooklyn, third place winner Hadley, and James Quinones.

Brooklyn Daniels-Leivas appeared live on KPNX-TV May 22 with some of their on-air personalities and the other two of the top three winners in the station’s “Arizona Kids Got Talent” competition. From left:  Vanessa Ramirez, William Pitts, Rachel McNeil, first place winner Gavin, second place winner Brooklyn, third place winner Hadley, and James Quinones.

Daniels-Leivas has been dancing since she was two years old. She started taking lessons at Mish Mash Studio in Parker when she was three. For the KPNX contest, she submitted a video of her dancing. Judges from the station selected the top 12, and Daniels-Leivas’s tape was one of them.

Once the top 12 videos were posted, visitors to the KPNX website could vote online for their favorites. Daniels-Leivas placed second in the voting.

She went to the KPNX studios on May 22 and appeared on live television. She also received a check for $500.

Daniels-Leivas will be entering the fifth grade at Wallace Elementary School in August. She studies dance at Mish Mash Studio and at Pro Dance Yard Academy in Blythe, Calif. She’s on a competition squad at the studio in Blythe, and she has competed in competitions in Anaheim, Calif.; Redondo Beach, Calif.; and Phoenix.

Her mother, Erica Daniels, said Brooklyn keeps her “super busy.” They have to travel to Blythe three days per week for lessons. Erica is a Parker High graduate who was on the dance squad at Arizona Western College.

“I am super proud of her,” Erica said. “I’m humbled by the support of the community.”

Mish Mash Studio director Buni Hooper said Daniels-Leivas has been one of their top dancers for the last four years.

“She’s top of the line in dance. She wants to learn, and she learns quickly,” Hooper said. “We’re over the top proud of Brooklyn.”

In addition to dancing, Daniels-Leivas also participates in Parker Youth Pageants. She will be turning over her crown as Junior Miss Parker to her successor in October at the Colorado River Indian Tribes’ Native American Days Expo.

As for the future, Daniels-Leivas said she wants to keep dancing.

“I want to be a dancer like Beyonce,” she said.

The Parker Broncs’ Road Warriors football team has struck again. They defeated the…

From the Dugout: Ending a championship series on a dumb play

The National and American League Championship Series have been set. It will be the…