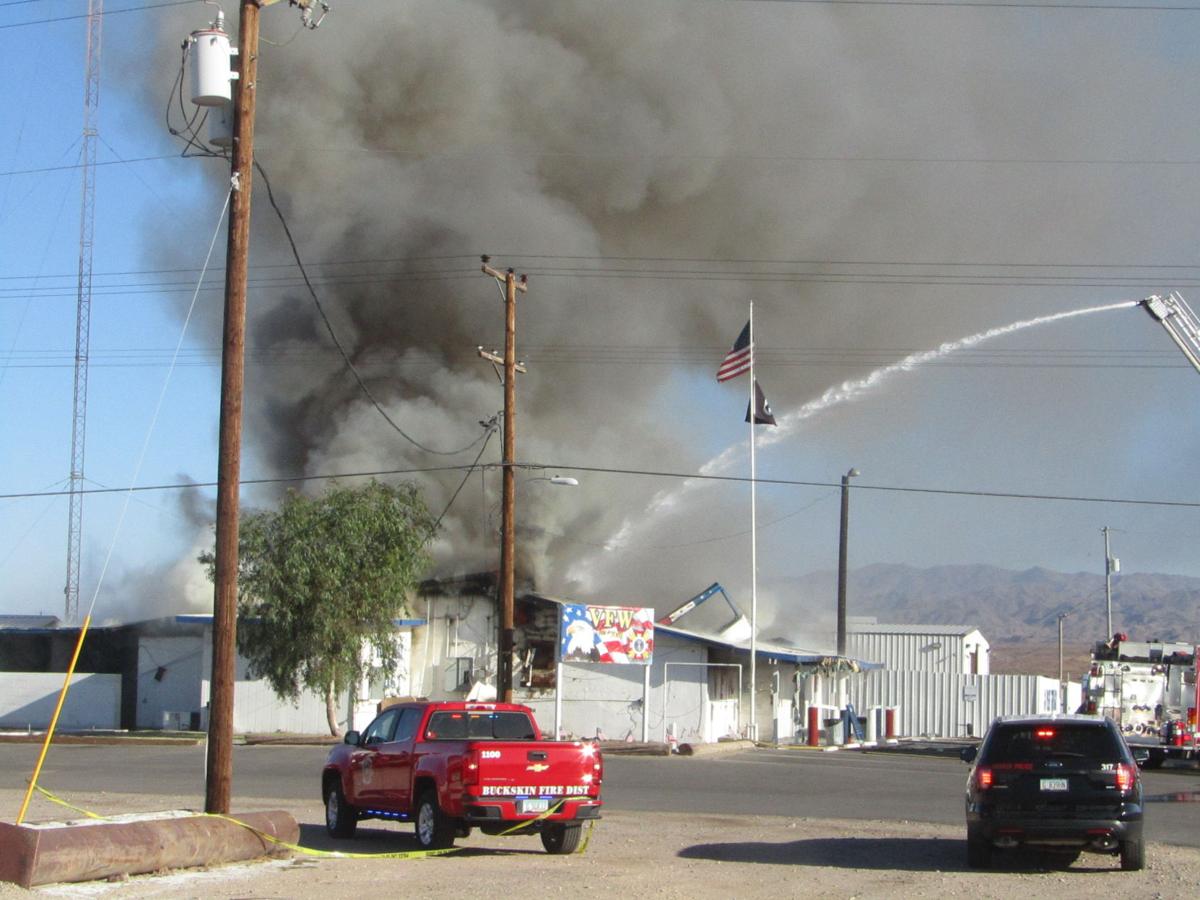 Veterans of Foreign Wars Post 7061 was destroyed by fire May 26. Post officials promised to rebuild as donations came in from the community and all around the nation. 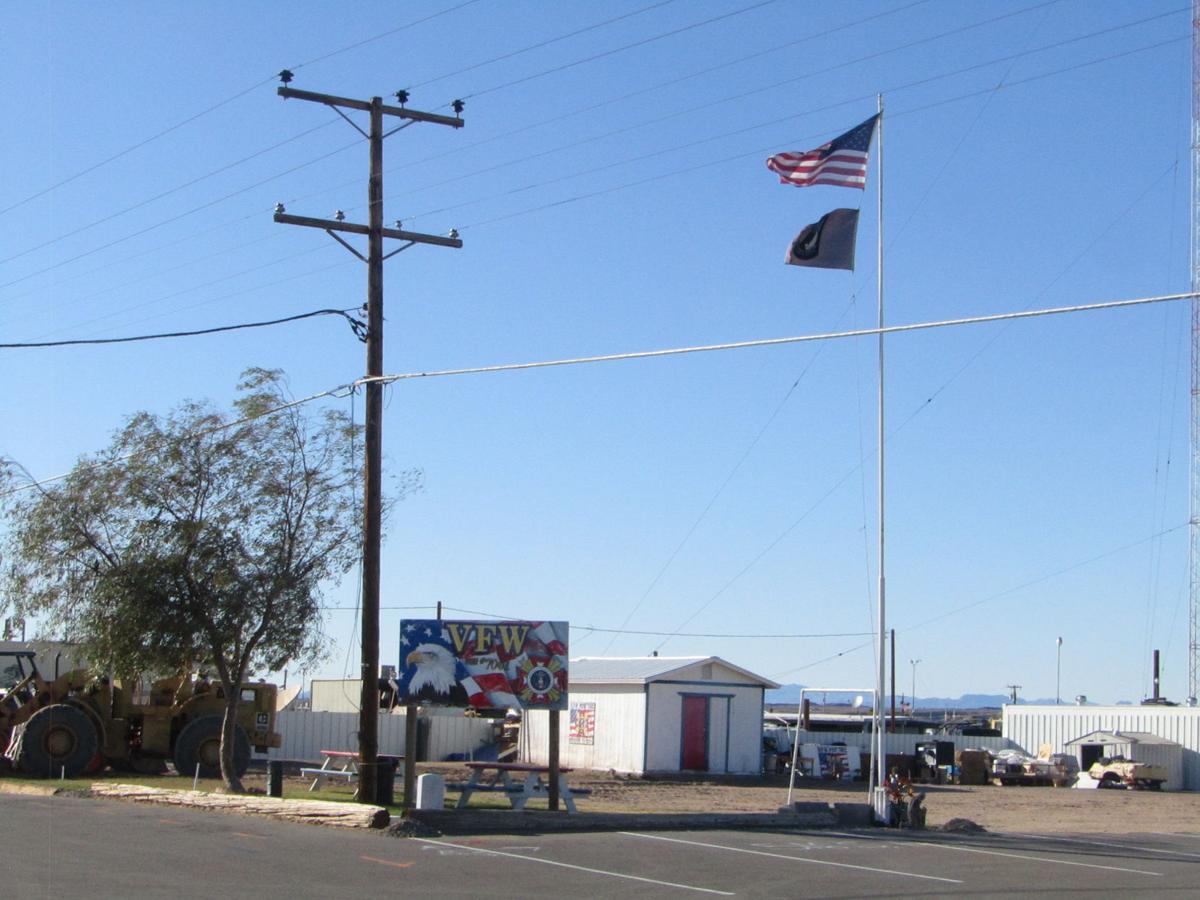 By the end of the year, the site of VFW Post 7061 has been cleared of debris and was being made ready for new construction.

Veterans of Foreign Wars Post 7061 was destroyed by fire May 26. Post officials promised to rebuild as donations came in from the community and all around the nation.

By the end of the year, the site of VFW Post 7061 has been cleared of debris and was being made ready for new construction.

The Parker-area social organizations, the Veterans of Foreign Wars and the Fraternal Order of Eagles, had fires strike their homes in 2019.

The fire at VFW Post 7061, which is located at 516 Hopi Avenue, began sometime in the early morning hours of Sunday, May 26, which was during Memorial Day weekend. The fire was determined to have been caused by an electrical problem in the kitchen area.

The structure was a total loss. Most of the post’s memorabilia was lost in the fire.

The fire was still burning as the sun came up May 26. Once the fire was out, firefighters remained on the scene in case it flared up again.

VFW Post 7061 was known for being active in the community. They were involved with many charitable events and causes. Along with Freeman H. Sharp American Legion Post 70, they hosted and participated in Memorial Day and Veterans Day ceremonies at the Parker Cemetery.

The Post Commander at the time of the fire, John Maye, and the Commander who succeeded him, Josh Phillips, both said the post would rebuild. They were grateful for the many donations that had been offered, including donations from veterans’ groups located out-of-town.

The Town of Parker agreed to waive the building fees for the post’s new building. A fundraiser was held July 27 at the BlueWater Resort & Casino. A fund for donations was established at Horizon Community Bank.

By year’s end, the debris had been cleared from the site of the post and the ground was being prepared for new construction.

The post was created in 1945. It was named the Eddy May Post after Eddy May, a 1937 Parker High School graduate who was a pilot in the U.S. Army Air Corps in the early part of World War II. He was shot down and killed on Feb. 9, 1942 in the Philippines, becoming the first person from the Parker area to be killed in the war. His family purchased the property on which the post sits.

The fire at the Fraternal Order of Eagles, Aerie 4419, 1300 Arizona Avenue, broke out in the late afternoon of July 16. Unlike the VFW Post, there were many people inside the building at the time. The quick actions of one of the members was credited with preventing anyone from getting hurt.

Eagles’ member Nathan Torres was driving past the rear of the building on Mohave Avenue when he saw the fire. He pulled up in front of the building, ran inside, and told everyone to get out because of the fire.

Buckskin Fire Chief Troy Maloney thanked Parker Police Officer Raymond Gomez for his actions during the fire at the Eagles. After Torres alerted everyone in the building to the fire, Gomez went in to make sure everyone was out.

According to Parker Police Lt. Mike Bailey, the fire started with a propane grill in the back yard. The grill was being used to heat cooking grease for tacos. Bailey said either the grease or one of the propane tanks caught fire. He described the damage to the building as “substantial.”

Like the VFW, the Eagles said they would rebuild. They began meeting in the undamaged front portion of their building. They were concerned they would not be able to complete the Christmas food drive this year, but they said they completed it thanks to generous donations from the community.