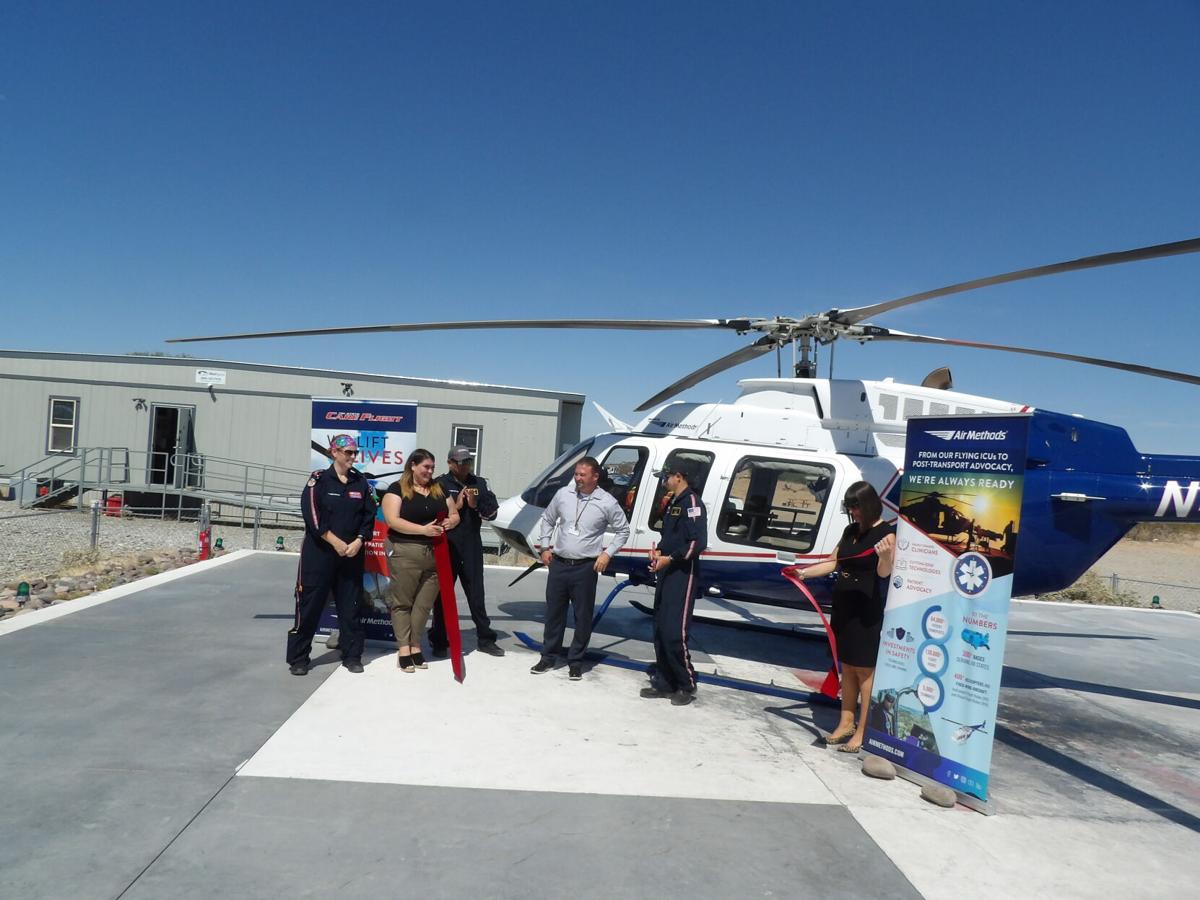 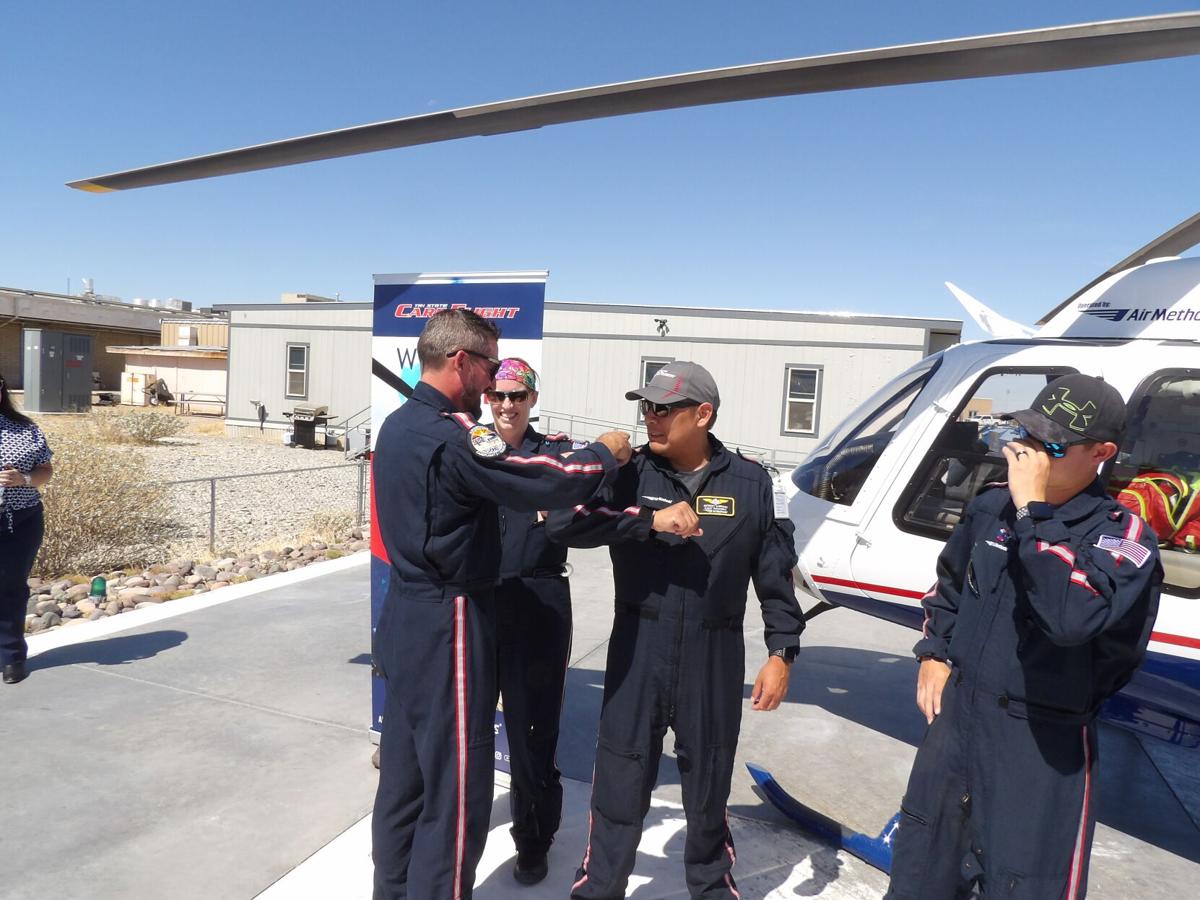 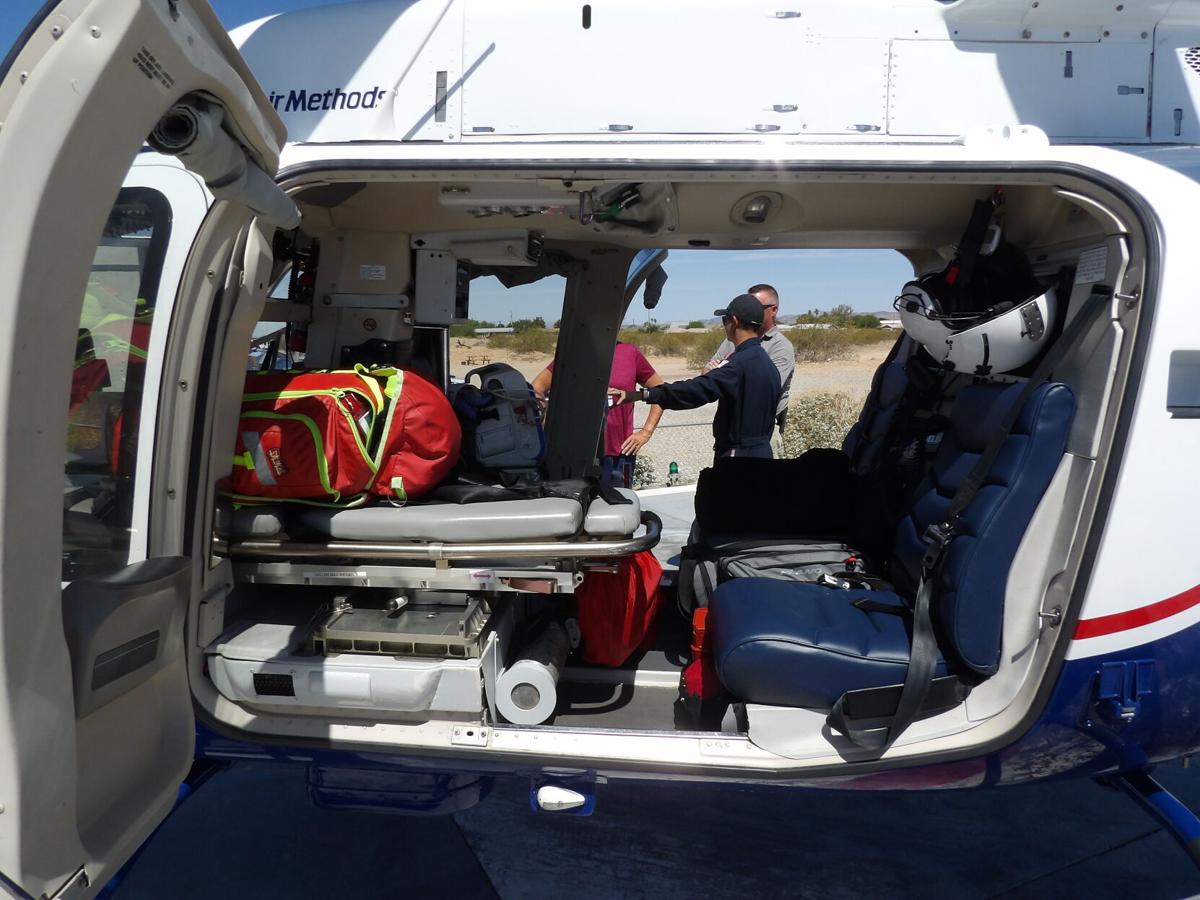 This interior shot shows the layout of the new helicopter. 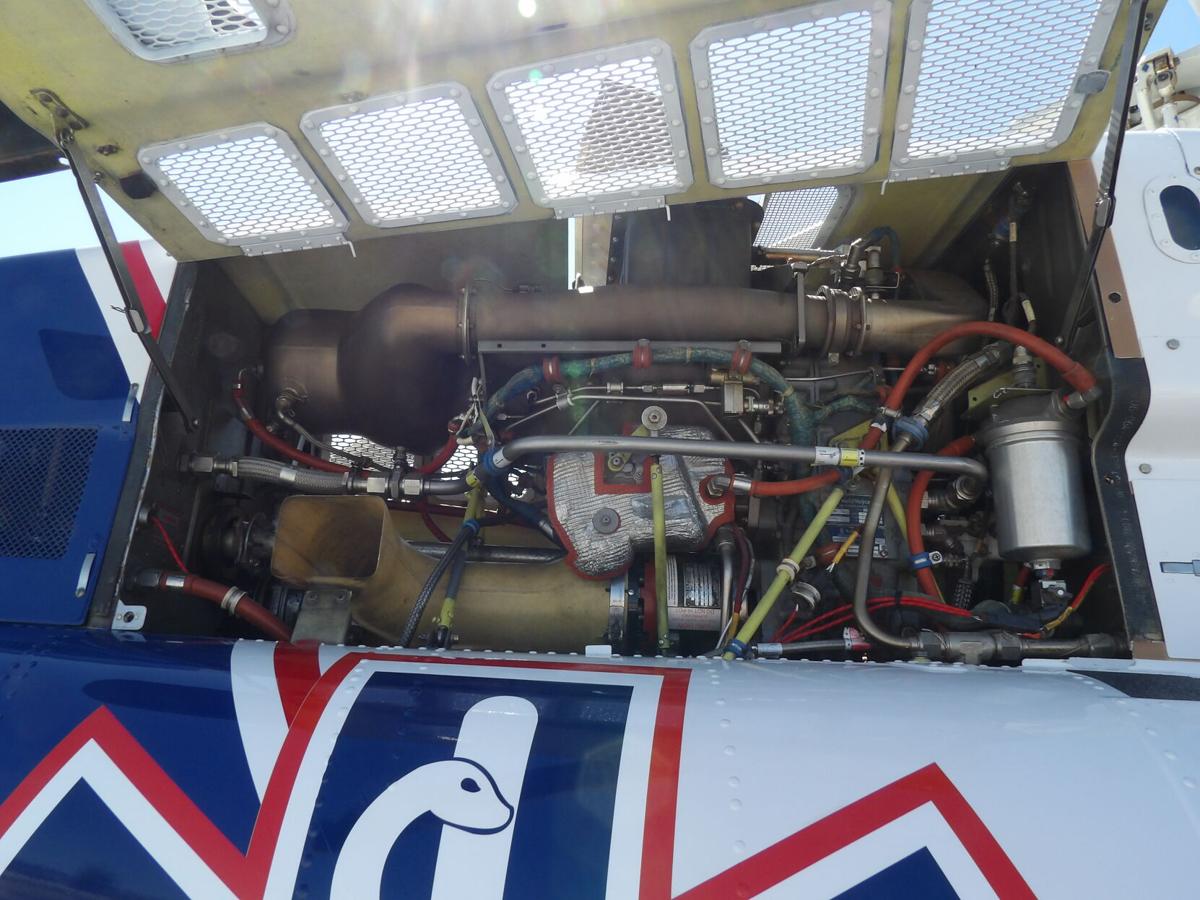 The jet engine of the Bell 407 is designed to operate in higher temperatures and carry heavier loads than earlier models.

This interior shot shows the layout of the new helicopter.

The jet engine of the Bell 407 is designed to operate in higher temperatures and carry heavier loads than earlier models.

Air Methods, the air ambulance service that operates Tri-State Care Flight and Native Air, is upgrading their helicopters along the Colorado River. The first of these was dedicated Tuesday, June 1, at La Paz Regional Hospital.

The new helicopter is a Bell 407, a model with a proven track record after 25 years in production. One of the major advantages of this helicopter is it is better-equipped to handle the extreme heat of summer in the Colorado River Valley than other models.

“It’s the best option for our crazy heat,” Air Methods’ Liz Groneman said at the dedication.

Collis Druley, Air Methods’ regional manager, said the out-of-pocket costs for the air ambulance service for patients is $111. He added this is covered by regular insurance. In addition to handling the heat and carrying heavier loads, he said they can also carry blood on the helicopter.

Air Methods’ Valerie Yevzerova said that, in addition to transporting patients, their helicopters assist law enforcement agencies in searches. She added the helicopters they have along the river often cover for and assist each other.

In addition, to LPRH, Air Methods has two other helicopter based in La Paz County. One is at the Quartzsite Fire Station, and it often assists with accidents on Interstate 10. The other, with Native Air, is assigned to Parker Indian Hospital.

Kevin Brown, LPRH CEO, said the helicopter is now in service. He added they have about 453 flights per year from the hospital, and most of these are transporting patients to hospitals in cities like Phoenix or Las Vegas. He said the new helicopter will give them the ability to operate in high temperatures and to handle heavier loads.

Bell began to develop the 407 in the early 1990s to replace earlier models. The goal was to create a more versatile model that could operate in difficult weather conditions and carry heavier loads. The new model made its debut in 1995, and approval from American and Canadian air authorities came soon after. Full production began in 1996 at Bell’s plant in Quebec, Canada.

Perhaps the 407’s most notable accomplishment was the round-the-world flight over both poles flown by Colin Bodill and Jennifer Murray from Dec. 5, 2006 to May 23, 2007. They started and ended at Bell’s facility in Fort Worth, Texas.

The flight, named “Polar First,” traveled 36,000 miles through 34 different countries. In 189 days, the team flew 300 flight hours. The flight was done in partnership with the Royal Geographic Society, and the team visited 28 schools in several countries during the trip.

The event was also a fundraiser for SOS Children’s Villages, a worldwide organization dedicated to providing safe and nurturing homes for orphaned, abandoned and vulnerable children. Based in Innsbruck, Austria, they operate in 135 countries around the world.

Well, they aint no 412SP models, but they oughtta get the job done. nice birds. the citizens of La Paz deserve nothing less. Bravo Zulu peeps!

The Colorado River Indian Tribes’ Summer Reading Program is about to get underway.…

A man from Moreno Valley, Calif. died Friday, June 11 as a result of an explosion …