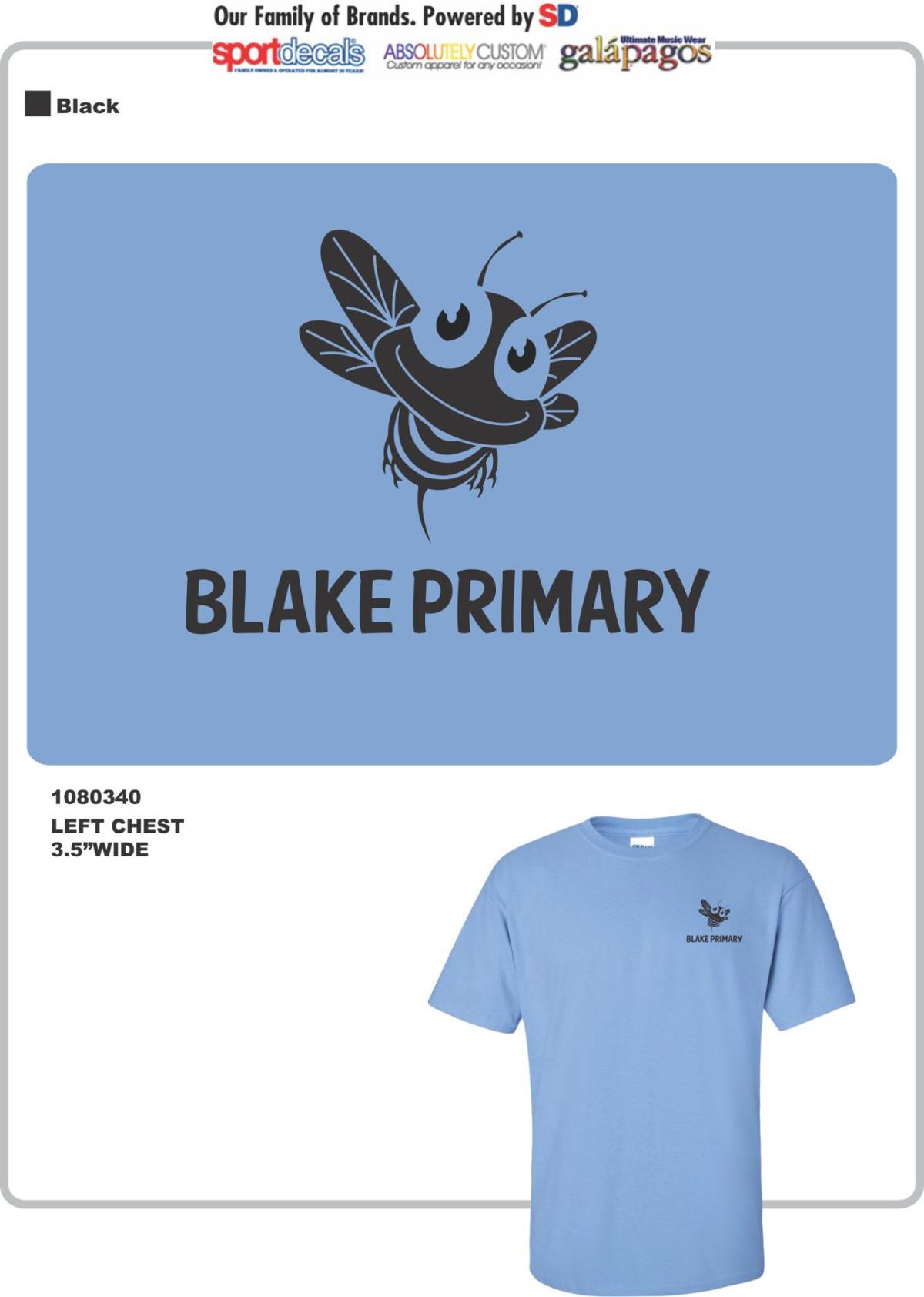 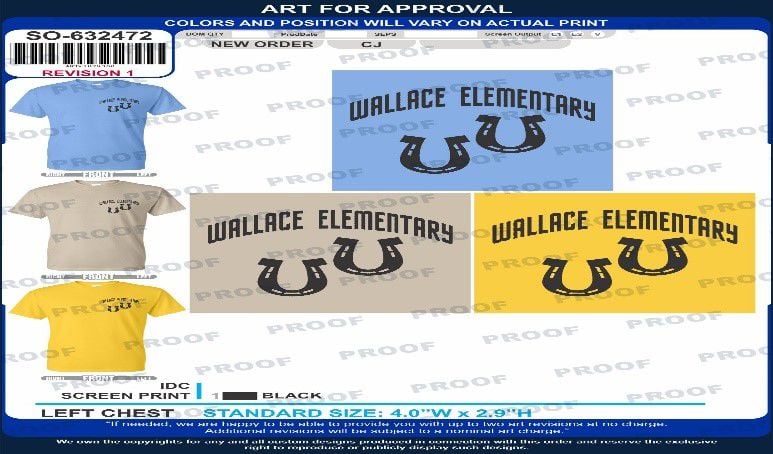 These are the samples of uniform shirts for Wallace Elementary School.

These are the samples of uniform shirts for Wallace Elementary School.

As for students, 81 percent from Blake and 70 percent from WES said they would wear a uniform shirt every day, while 83 percent of Blake students and 72 percent of WES students said they felt wearing a school shirt would make them feel like they belonged at the school.

Hermes and McGuire explained they wanted to implement a uniform policy for several reasons. Hermes said she a lot of comments on how uniform shirts would go a long way to making students “equal.” She also said they’ve had problems with inappropriate clothing at the school.

“I once had a kindergarten student wearing a beer t-shirt,” she said.

McGuire said uniform shirts would cause less “drama” among the students. She said they have had children being bullied or bullying others based on their clothing.

Another issue that was emphasized was safety. The shirts would help to identify students on field trips, or if they got lost. As an example, Hermes and McGuire said there have been students who have gotten off at the wrong bus stop. This would help the community and others know when a child was in the wrong place.

Hermes and McGuire said parents would also likely have to spend less money on school clothes.

The shirts for Blake would feature the school name and their “Busy Bee” logo. It would be $8 for a “plain” shirt and $10 for a “fancy” shirt. The possible colors are light yellow, light blue, light pink and solid gray.

The shirts for WES would feature the school name and the double horseshoe logo. The prices would be the same as for Wallace Junior High. Plain shirts would be $9, while fancy shirts would be $10. Possible colors include sand, bold yellow, navy/royal blue, and light gray.

Much of the discussion among board members centered on the support expressed for the idea of uniform shirts.

“Look at these percentages,” Board Member Deanna Beaver said. “This is something coming from below, not something parents are having forced on them.”

Superintendent Brad Sale said he had people asking him about uniforms when he was principal at WES.

Board Member Amelia Flores, who also sits on the Colorado River Indian Tribes’ Tribal Council, said she thought this would be something the Tribal Council would be in favor of. She asked if teachers would be required to wear these shirts.

“I’m thinking of them as role models,” she said.

Hermes and McGuire said they hadn’t thought about that. Hermes said the teachers like the shirts they already have and wear them.

Board President Randy Hartless said the uniform shirts shouldn’t be mandatory for teachers, but they should wear them occasionally.

The shirts will be sold prior to the end of the current school year and during the summer. The policy will be implemented for the 2020-21 school year.

Sale said parents would be notified as soon as possible before they start buying school clothes for their children.

Weather Forecast, May 22 through June 1

The Memorial Day weekend looks pretty good, with highs that aren’t too high and co…

Peaches to all the many people, men and women, who lost their lives in America’s w…

Weather Forecast, May 29 through June 8

We’re still under an excessive heat warning as of Thursday, May 28. It will last u…