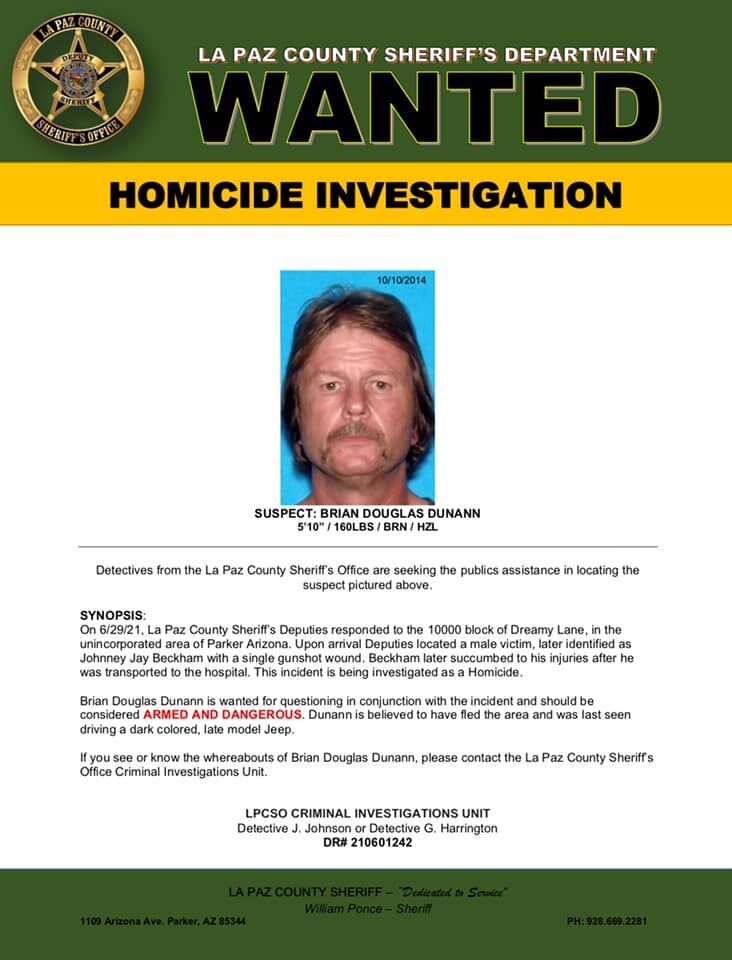 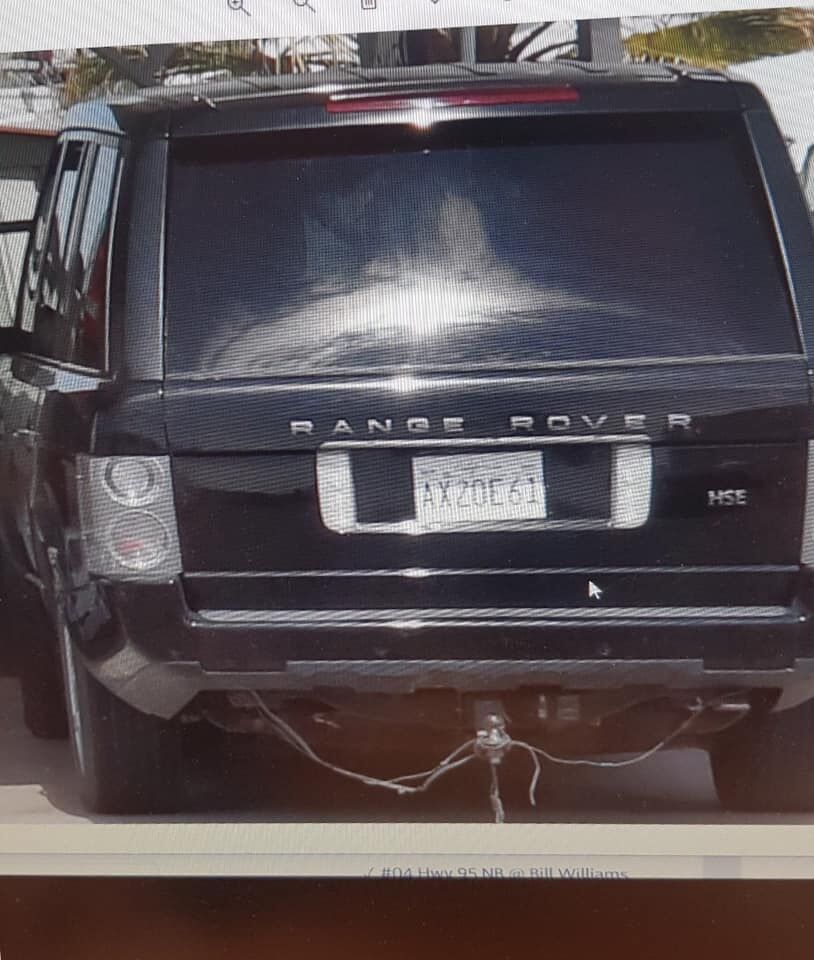 Suspect Brian Douglas Dunann is believed to be driving this vehicle, a black 2004 Range Rover.

Suspect Brian Douglas Dunann is believed to be driving this vehicle, a black 2004 Range Rover.

The La Paz County Sheriff’s Office is asking for the public’s assistance in locating Brian Douglas Dunann. He is a suspect wanted to questioning in the death of Parker resident Johnny Jay Beckham on June 29, 2021.

On June 29, sheriff’s deputies responded to the 10000 block of Dreamy Lane in an unincorporated area of the county north of Parker. They found a male victim with a single gunshot wound. He was later identified as Beckham. He later died from his wounds.

The case is being investigated as a homicide.

Dunann is described as a white male, about 5 feet-10 inches tall, weighing 160 pounds, and having brown hair and hazel eyes. He is believed to have fled the area in a late model Jeep, which has been recovered. The Sheriff’s Office said he could be driving a 2004 black Range Rover with a temporary California license plate. No. AX20E61.

Dunann is wanted for questioning at this time. The Sheriff’s Office advises he should be considered armed and dangerous. If anyone knows of his whereabouts, they should call the La Paz County Sheriff’s Office Criminal Investigations Unit at 928-669-6141.