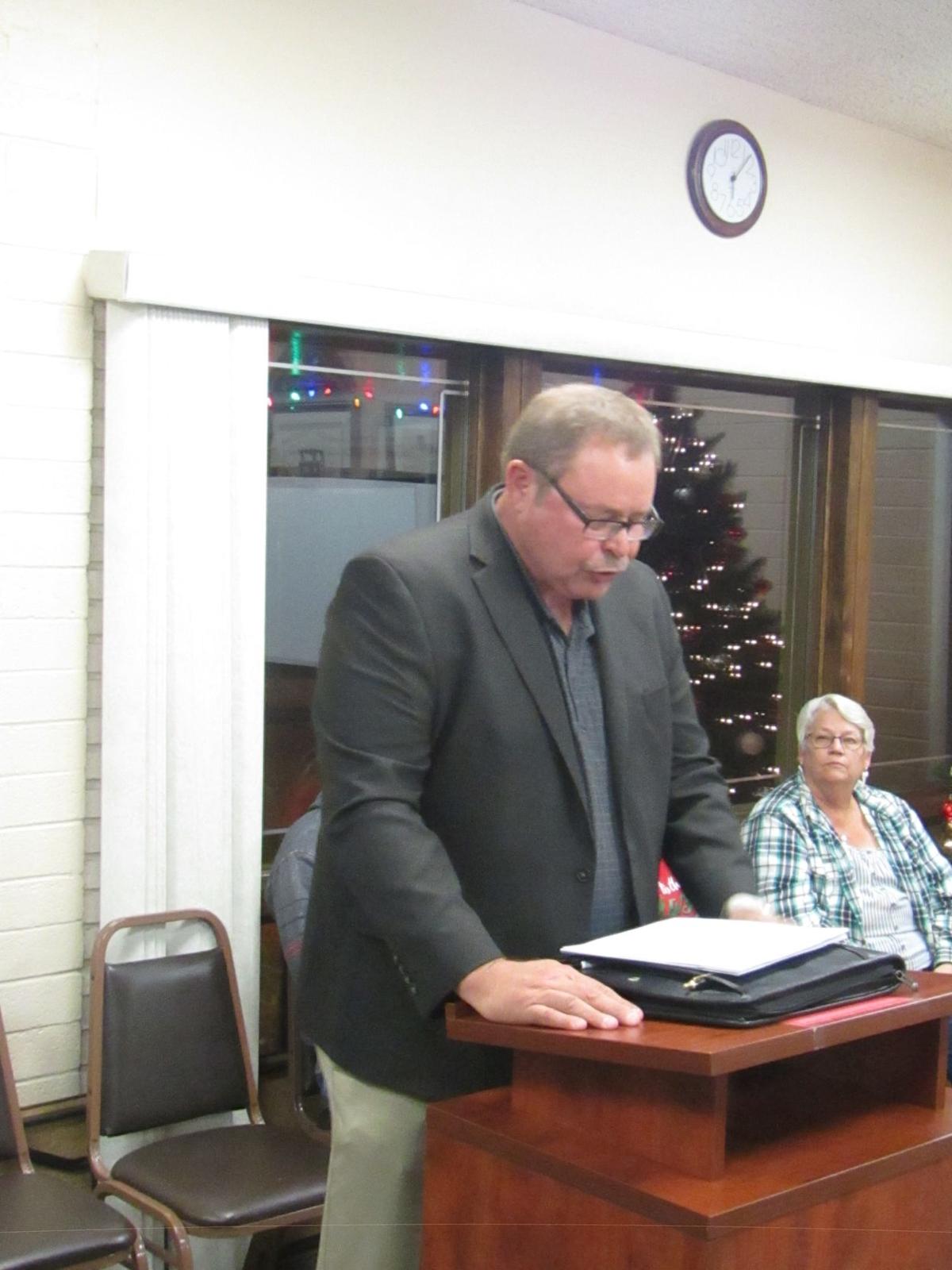 Skip Becker of the La Paz Economic Development Corporation introduced a proposed hemp processing facility to the Parker Town Council Dec. 17. Becker said it would be the biggest investment in the history of the Town of Parker. 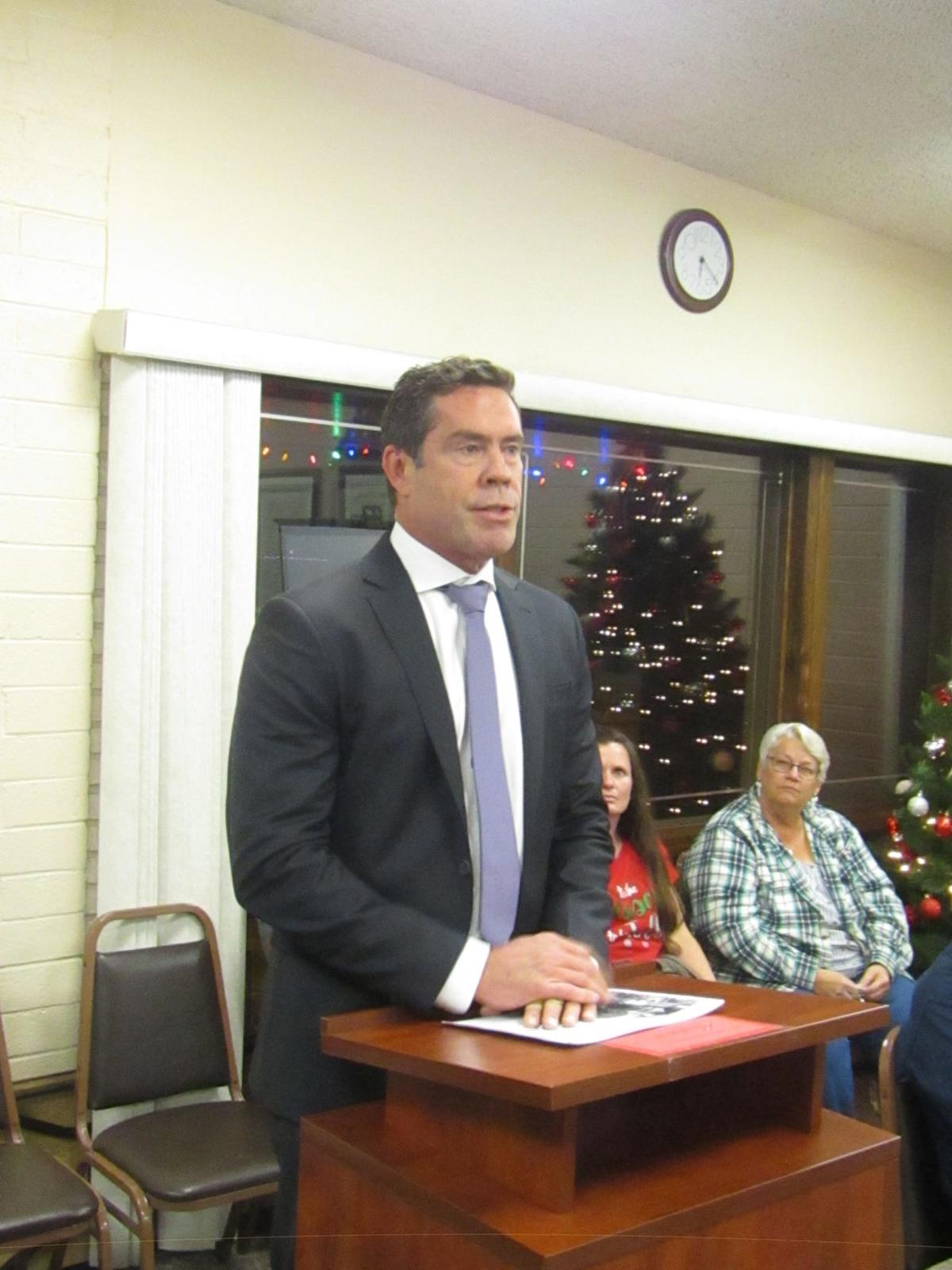 John Knight of the Calyxar Group described the specifics of the proposed hemp facility, most notably 99 jobs at $65,000 per year. 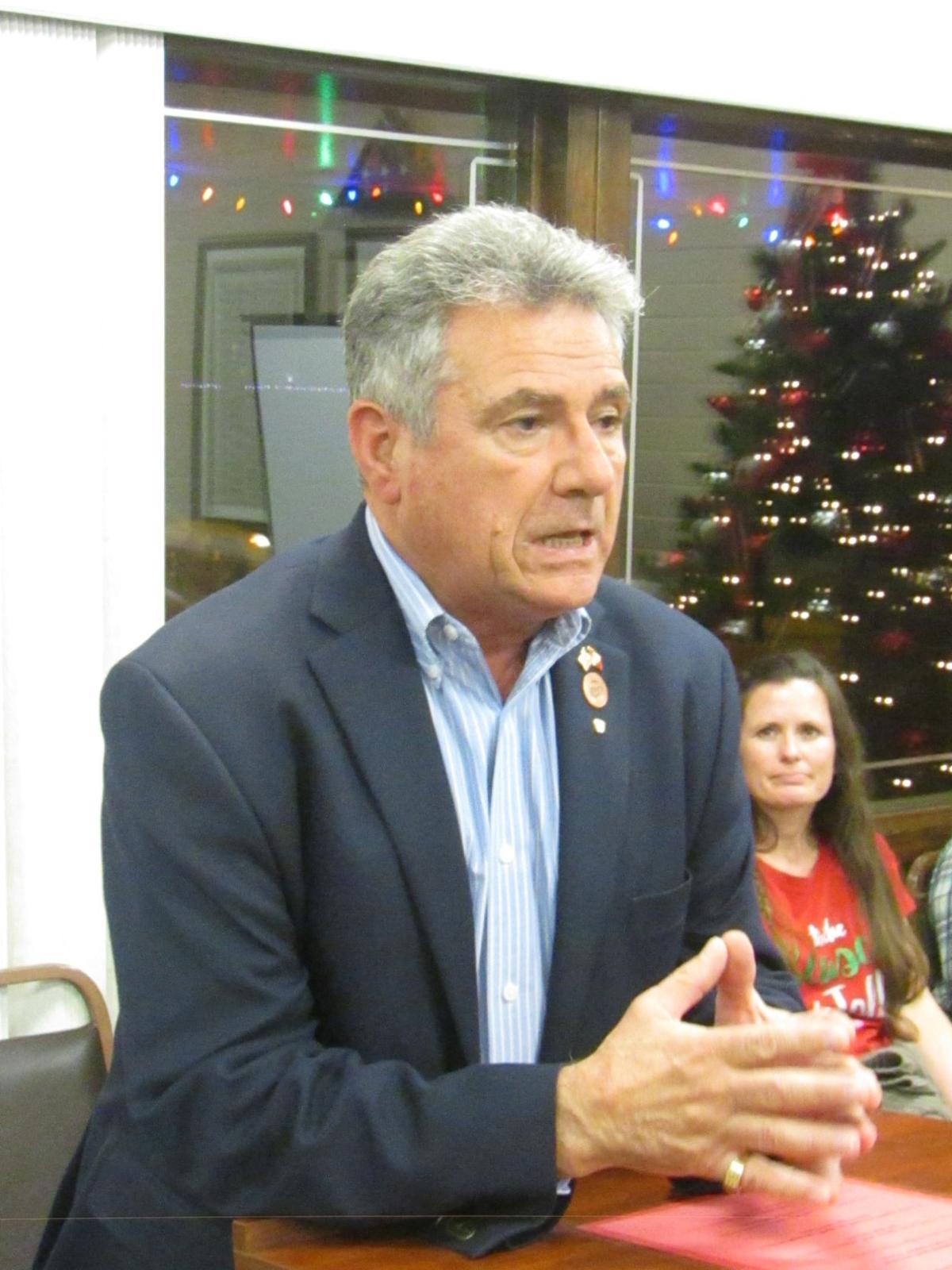 State Sen. Sonny Borrelli described his enthusiasm for the proposed hemp facility, and how he believes hemp will be a great crop for Arizona, especially since it uses a lot less water than cotton.

Skip Becker of the La Paz Economic Development Corporation introduced a proposed hemp processing facility to the Parker Town Council Dec. 17. Becker said it would be the biggest investment in the history of the Town of Parker.

John Knight of the Calyxar Group described the specifics of the proposed hemp facility, most notably 99 jobs at $65,000 per year.

State Sen. Sonny Borrelli described his enthusiasm for the proposed hemp facility, and how he believes hemp will be a great crop for Arizona, especially since it uses a lot less water than cotton.

“This is the single largest investment ever in the Town of Parker.”

With these words, Skip Becker of the La Paz Economic Development Corporation publicly announced plans for a large hemp processing facility to be located in Parker South at the Dec. 17 Parker Town Council meeting.

The presentation on the hemp facility was the only thing the Council could do that evening as they did not have a quorum. It was a situation Council Member Randy Hartless said was “embarrassing.”

Hemp was, for many years, a controlled substance. It's of the cannabis family, like marijuana, but it does not contain THC, the chemical that gives marijuana its high. The production of industrial hemp, with conditions and regulations, was permitted by the 2018 Farm Bill.

Becker said the plant will be built by the Calyxar Group on the site of the old Liquid Titan facility. The estimated cost is $25 million. Becker said there will be 99 jobs created with an annual average salary of $65,000.

Becker said the plant has already been approved by the Arizona Department of Agriculture and has the strong support of State Sen. Sonny Borrelli, R-Lake Havasu City, who is also the Majority Whip. It also qualifies for state incentives from the Economic Development Authority.

The plant will be built on private property in Parker South, and it’s already zoned for industry.

“All we want from the Town is to expedite the building permits,” Becker said.

Becker read from a letter from Borrelli in which he spoke about hemp, its uses, and why it was made illegal in the 1930s.

Borrelli noted hemp had been used as a textile for thousands of years. Many of our nation’s founding documents were written on hemp paper. He said hemp was made illegal, and classified as a Level 1 Controlled Substance, due to politics and protectionism for certain industries.

“There is absolutely no legitimate reason why the U.S. should import this raw commodity, especially when we can grow it ourselves here is Arizona,” Borrelli said. “We are an agricultural state. Hemp is water wise and uses nine times less water to grow and process than cotton.”

Arizona has the potential for two hemp crops per year, Knight said, but the state does not have the capacity to process it. He said that, for top quality hemp, one needs to be close to growers, and there are some big ones in the Yuma area.

While it’s easy to raise Hemp, Knight said it’s not easy to harvest. It needs to be dried right away. The harvested hemp will be dried, packaged and sent to the Calyxar facility.

Knight said this will be a state-of-the-art processing facility that will supply large pharmaceutical and cosmetics makers. He said his staff has expertise in the pharmaceutical field, and, as former CEO of Liquid Titan, he has experience in oil and gas blending and safety. There will be a lab to test the hemp for any regulated substances.

Borrelli, who was present at the Dec. 17 council meeting, said that, unlike medical marijuana, this facility will be responsibly regulated by the U.S. and Arizona Departments of Agriculture. He added the Gov. Doug Ducey is excited about this and the legislature is behind it.

“By the way, none of this plant is thrown away,” Borrelli said. “It’s all used.”

In addition to fabrics and paper, Borrelli said it can be grown for animal feed, building materials and comestics.

Becker said the company believes in openness and complete transparency. He said public meetings will be held to provide answers to residents’ questions and to provide publicity for the project.

Council Member Marion Shontz said she was excited about the proposal.

“This could help our community college,” she said. “It isn’t just what Parker needs. It’s what rural Arizona needs.”

Borrelli said it was important to remember, while hemp and marijuana are members of the cannabis family, they are not the same. He used a rhyme which includes the most well-known product made from hemp, rope.

The presentation mentioned in this post has benefited a lot of people. This presentation is very commendable I am very pleased that you have shared this https://edubirdie.net/write-to-support article presentation with us in your post.

It’s easily one of the craziest events of the summer in Parker. It’s the annual Fl…

Candidates for Sheriff miss Bouse forum due to coronavirus concerns

New police chief said he plans to emphasize training, ties to the community