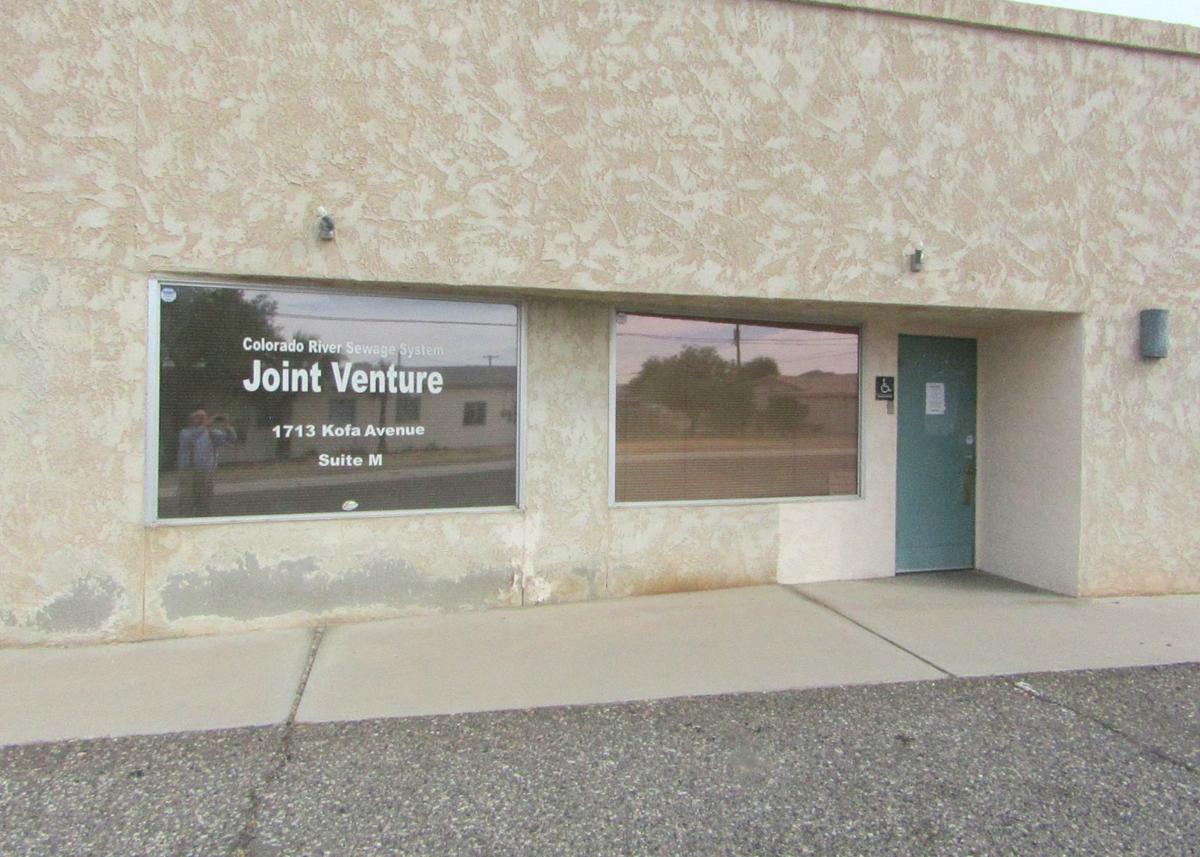 The Colorado River Sewage System Joint Venture office in Parker has been closed due to "hazardous work conditions" in the building. A temporary office has been located upriver. 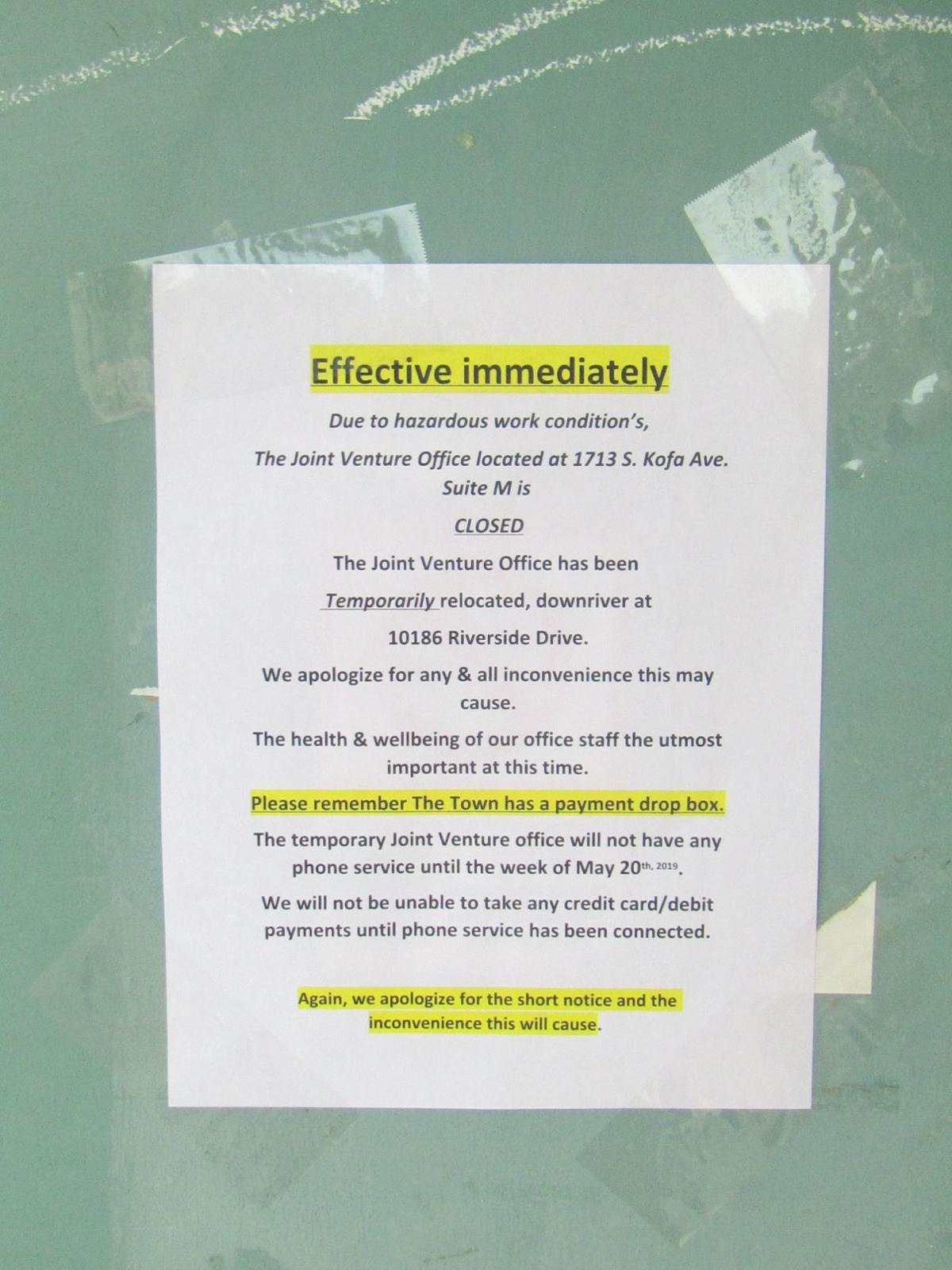 This notice on the door explains the reasons for the closing of the Joint Venture office in Parker.

The Colorado River Sewage System Joint Venture office in Parker has been closed due to "hazardous work conditions" in the building. A temporary office has been located upriver.

This notice on the door explains the reasons for the closing of the Joint Venture office in Parker.

This story has been updated.

The offices of the Colorado River Sewage System have been temporarily moved. The new location is 10186 Riverside Drive in the upriver area.

According to a notice on the door of their office at 1713 S. Kofa Avenue Suite M, the office was closed to “hazardous work conditions.” Joint Venture Manager Matt Sandburg said they had “issues” at the office.

Parker Vice Mayor Jerry Hooper, the Chairman of the Joint Venture Board, said they had been dealing with mold in the office due to a leak in the roof. He said some of the staff started getting sick, and that’s why the decision was made to move to the temporary location.

For those needing to make a payment, Joint Venture has a drop box at Parker Town Hall, 1314 11th Street. Sandburg said all phone calls are being forwarded, but they will not be able to take any credit or debit card payments over the phone until May 20.

The move was sudden and unexpected. Parker Town Manager Lori Wedemeyer said Wednesday morning that she was not informed of the move, and neither were her staff. She said Town Hall was “swamped” with calls from people asking about the Joint Venture office.

Sandburg said Joint Venture should be in their temporary office for three to four months. After that, they should be ready to move into their new office on Joshua Avenue in downtown Parker.

Hooper said Joint Venture will need to remodel the building in the 1400 block of Joshua Avenue before they can move in. He said they’re hoping to be able to start moving into the new office in July.

Joint Venture operates a sewer and wastewater system for the Town of Parker and the Colorado River Indian Tribes. It is the only municipal utility in the nation operated jointly by a town and a tribal entity. It receives no tax dollars and is supported entirely by monthly bills.

Below is the text of the notice on the door of the Joint Venture office on Kofa Avenue:

The Joint Venture Office has been TEMPORARILY RELOCATED, upriver at 10186 Riverside Dr.

We apologize for any and all inconvenience this will cause.

The health and well-being of our office staff is the utmost important at this time.

Please remember The Town of Parker has a payment drop box.

The temporary Joint Venture Office will NOT have any phone service until the week of May 20th, 2019. We will not be able to take any credit/debit card payments until service has been connected.

Again, we apologize for the short notice and the inconvenience this will cause.

Peaches to all the many people, men and women, who lost their lives in America’s w…

May 17-23 was National Public Works Week