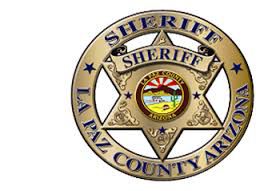 The La Paz County Sheriff’s Office is investigating an incident that began as a traffic stop over an air freshener hanging from a rear-view mirror and eventually led to allegations of racial profiling and harassment.

Sheriff’s spokesman Capt. Curt Bagby said state law mandates how investigations that could lead to disciplinary actions are to be handled, and, as a result, these matters take time.

The incident occurred Sept. 19. Phillip Colbert, 22, of Lake Havasu City, was driving south on State Route 95 to visit his father, who lives in Parker. In published reports, Colbert, who is black, said a sheriff’s deputy followed him closely for 10 minutes. He said he began recording the encounter because it felt strange to have a police officer following him for so long when he knew he hadn’t done anything wrong.

He was finally pulled over and the deputy, who was identified as “E. Max,” told him he was being pulled over because a tree-shaped air freshener hanging from his rear-view mirror was obstructing his view in violation of state law.

Max also repeatedly asked Colbert if he smoked marijuana. Each time, Colbert said “no.” He also asked if he had any cocaine or heroin. Max also said Colbert looked nervous and accused him of not being truthful. He tried to get Colbert’s consent for a field sobriety test and a search of his vehicle.

Eventually, after 40 minutes, Max let Colbert go on his way without citing or arresting him. Colbert filed a complaint with the La Paz County Sheriff’s Office.

Bagby explained that these matters take time because the procedures they must follow are spelled out in state law.

“There’s a law called ‘the officer’s bill of rights.’” Bagby said in an e-mail to the Pioneer. “It’s under Arizona Revised Statute 38-1101.  It makes any type of discipline or investigation painstakingly long.  We’re ensuring that we don’t violate the officer’s rights and it takes a long time.”

Bagby said he understands the frustration of those who want the matter resolved quickly. He said the department would publish a press release when the matter is resolved.

A video Colbert made of the incident has had more than 6,500 views on You Tube. The story has been told in the Phoenix media. On Sept. 21, Colbert published a new video thanking people for their support.

The full text of ARS 38-1101 and other Arizona statutes can be found at www.azleg.gov.

So basically not any thing is being done then 🤨🤔😐

As they said these matters take time because the procedures they must follow are spelled out in state law. Something you most likely know nothing about.

There’s a law called ‘the officer’s bill of rights. t’s under Arizona Revised Statute 38-1101. (Maybe try googling that) It makes any type of discipline or investigation painstakingly long. We’re ensuring that we don’t violate the officer’s rights and it takes a long time.” Just what the Captain said is being done, is being done.

As stated above the procedures they must follow are spelled out in state law. If you don't understand then google it.

The law called, the officer’s bill of rights under Arizona Revised Statute 38-1101 which is quite interesting. As It makes any type of discipline or investigation painstakingly long. If you were the officer you would want your investigation done correctly.

Pretty sure you are on the side of profiling regardless of your correct recitation of the law. Y'all La Paz County crackers stick together.

. But I guess it's ok in your mind to pull people over and harass them but God forbid should we violate the cops rights. Cause if you watch the video the cop said he does this on all his traffic stops and the kid drive was not doing anything wrong or acting strange or in a bad behavior. But you still think it's ok for cop to do this . I bet if it was you the cop did that too you would want answers. Or you must believe that u.s. citizens have no rights and we are all supposed to let are self's be pushed around . Now if the young man was yelling or causing a scene then the cop should be like that .but he was not. He was doing everything the cop asked . The only thing he said no to was when asked if his vehicle could be searched he said no and he has that right to do that it was in the legally right by refusing the search of his vehicle

Officials speak on the poor state of Arizona’s roads