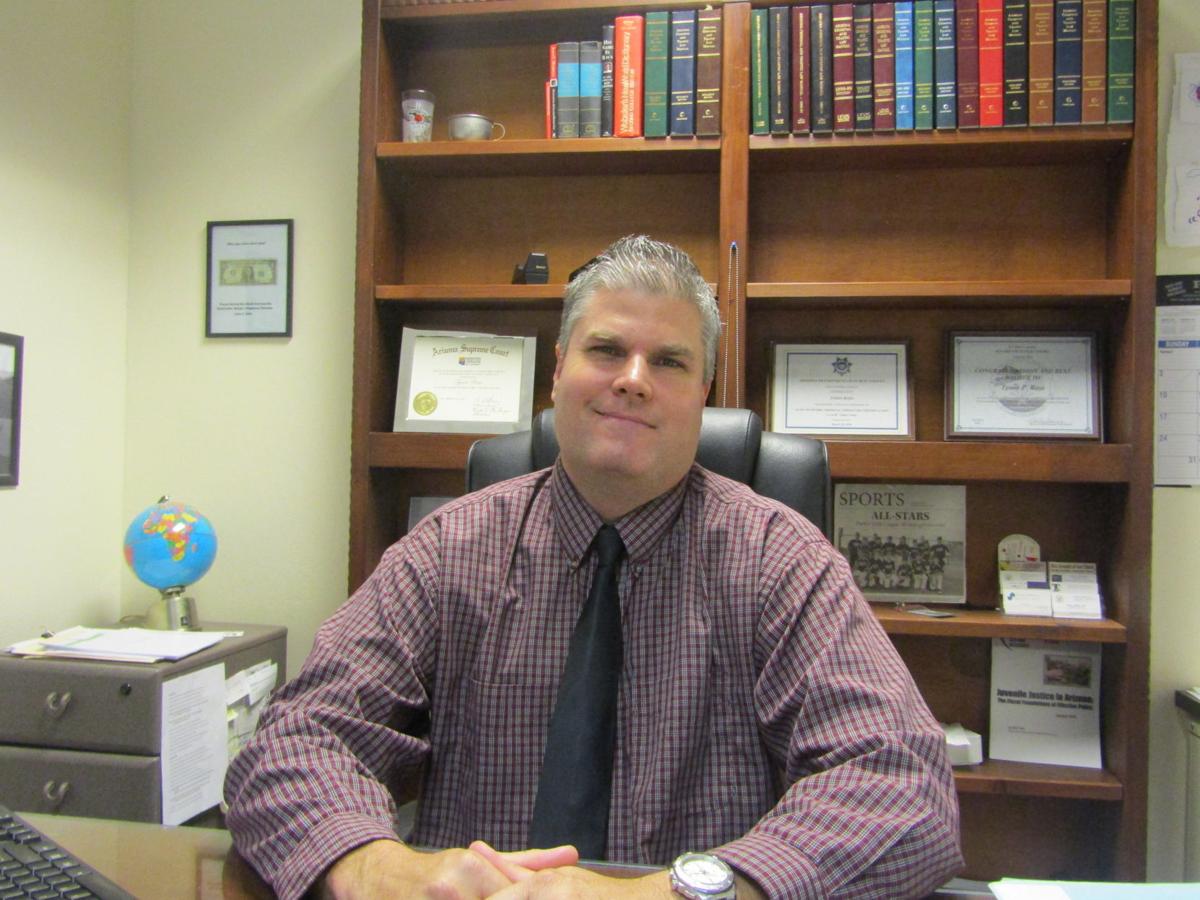 La Paz County Chief Probation Officer Tyson Ross. He credited their low recidivism rate to the officers and staff in the department. 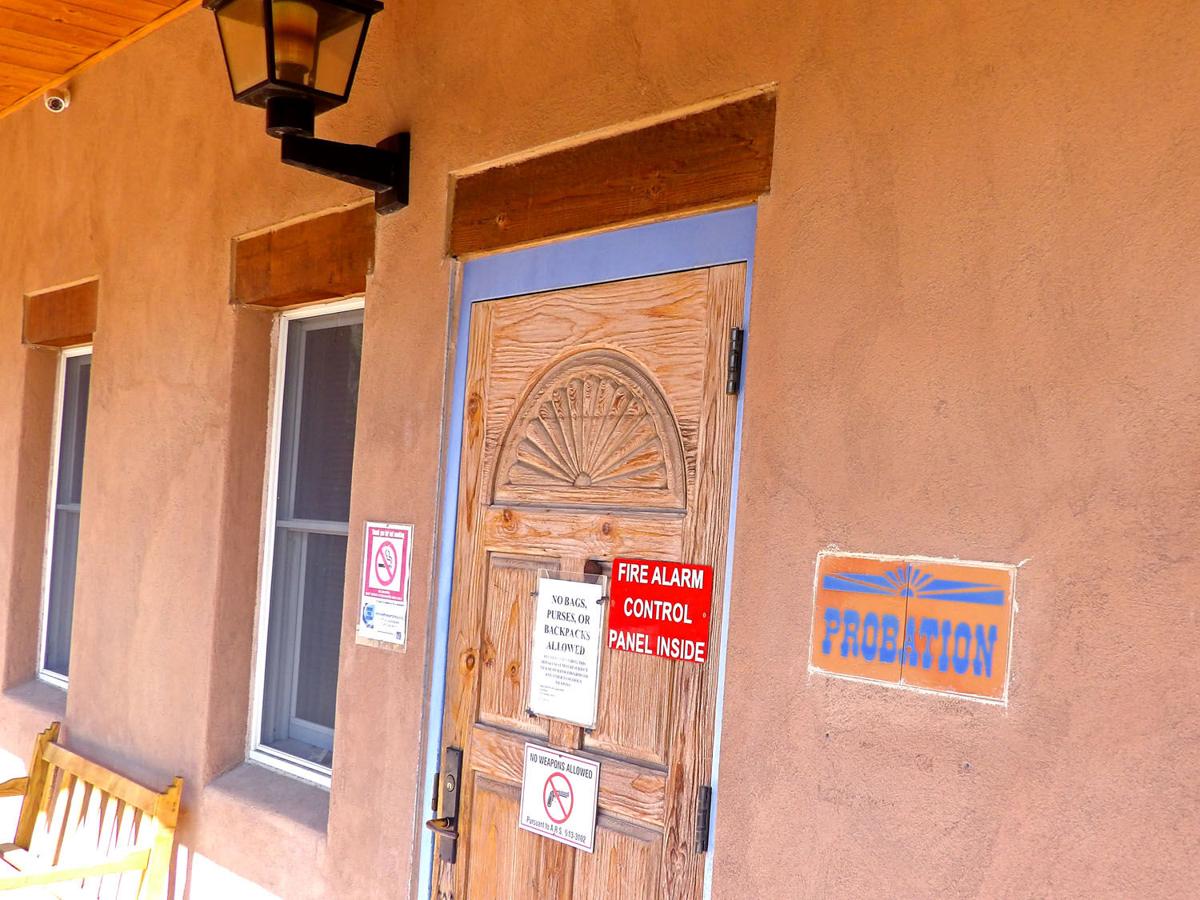 The La Paz County Probation Department has the lowest rate of recidivism in the state. That’s what the Administrative Office of the Courts told a meeting of the County Supervisors’ Association.

La Paz County Chief Probation Officer Tyson Ross. He credited their low recidivism rate to the officers and staff in the department.

The La Paz County Probation Department has the lowest rate of recidivism in the state. That’s what the Administrative Office of the Courts told a meeting of the County Supervisors’ Association.

The La Paz County Probation Department has the lowest rate to recidivism of any county probation office in Arizona. That’s what County Administrator Megan Spielman announced during the Sept. 20 Board of Supervisors meeting.

Spielman reported that Edward T. Gilligan, the Director of Adult Probation Services for the Administrative Office of the Courts, reported at a County Supervisors Association meeting held Sept. 17 that La Paz County’s Probation Department had a recidivism rate of 8.33 percent. This means 8.33 percent of individuals put on probation commit offenses following their time on probation. While the results from Maricopa and Pima County are still pending, Gilligan reported the overall recidivism rate for the 13 other counties in the state was 13.4 percent.

Spielman attributed the low recidivism rate to Chief Probation Officer Tyson Ross, the probation officers, and the staff in the office.

Ross told the Pioneer he was surprised but pleased to hear these numbers.

“I’m glad to see the team’s good work get recognized at the state level,” he said.

Ross said the department is blessed to have officers willing to adapt to new best practices. He added that, due to the coronavirus pandemic, they are able to spend more time with probationers.

“We spend more time with our clients, and we let them do the talking,” he said. “In the past, we did the talking.”

When people are sentenced to probation, Ross said they’re being given a chance to change themselves. They need to learn for themselves how to make those positive changes.

“We’ll help them, but they need to make those changes for themselves,” he said.

Ross also addressed one of the jokes made about the Parker area:  people come here on vacation and they leave on probation.

“About half our cases are people from outside La Paz County,” he said. “We work with their local probation departments.”

According to information presented by Gilligan, Arizona had 84,800 people on probation in 2016, putting it 16th among the states. Texas had the highest number at 482,900.

Gilligan said the numbers had been increasing for more than a decade, but they fell slightly in FY 2020-21. He attributed this to minor marijuana-possession cases being after voters approved allowing for small amounts of marijuana possession for adult recreational use. He added that criminal case filings decreased during the pandemic.

The leading offense for placing people on probation was illegal drugs. Gilligan said these accounted for 34 percent of all probation cases. Assault and related offenses accounted for 11 percent, and theft and DUI each accounted for 9 percent.

Come on keep it real people! Of course you would have low rates of recidivism because you have a low number of probationers, and many of them don't live in La Paz County, DUH! You only have about 5 or 6 probation officers in your whole department. Thank you for the job that you do, but is La Paz so lacking in worthwhile news that you conjure up a story?

lololol! a la paz county govt agency that sez its doing its job good! guess we gotta believe them! i mean, what govt agency at any level would lie? and what fool would dare disbelieve them? move along sheeple. wear yer mask. git yer shot.

From the Dugout: Dodgers v. Giants in the post-season

Well, what do we have here? I see the two biggest rivals in baseball, the Los Ange…