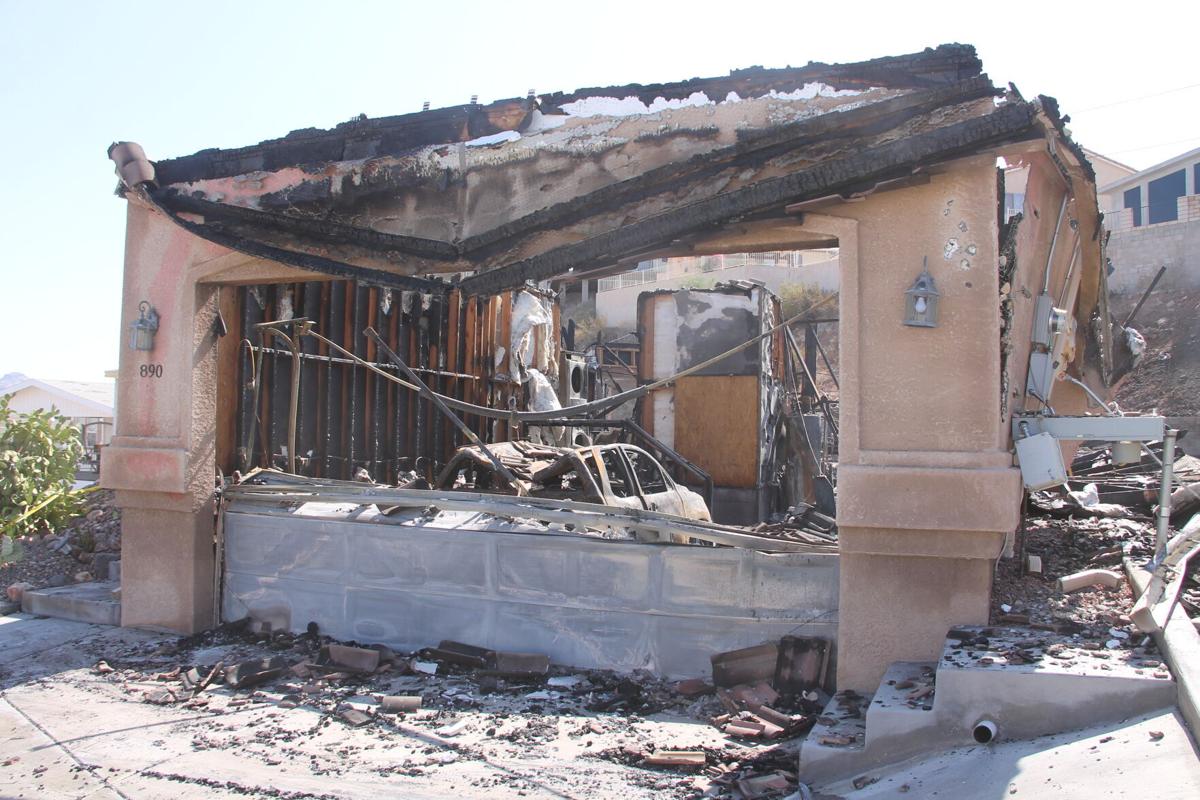 A fire Sept. 23 in Hillcrest Bay destroyed two homes. Firefighters were hampered in their efforts because of inadequate water supply. They had to truck water to the scene in tankers filled at a nearby resort. 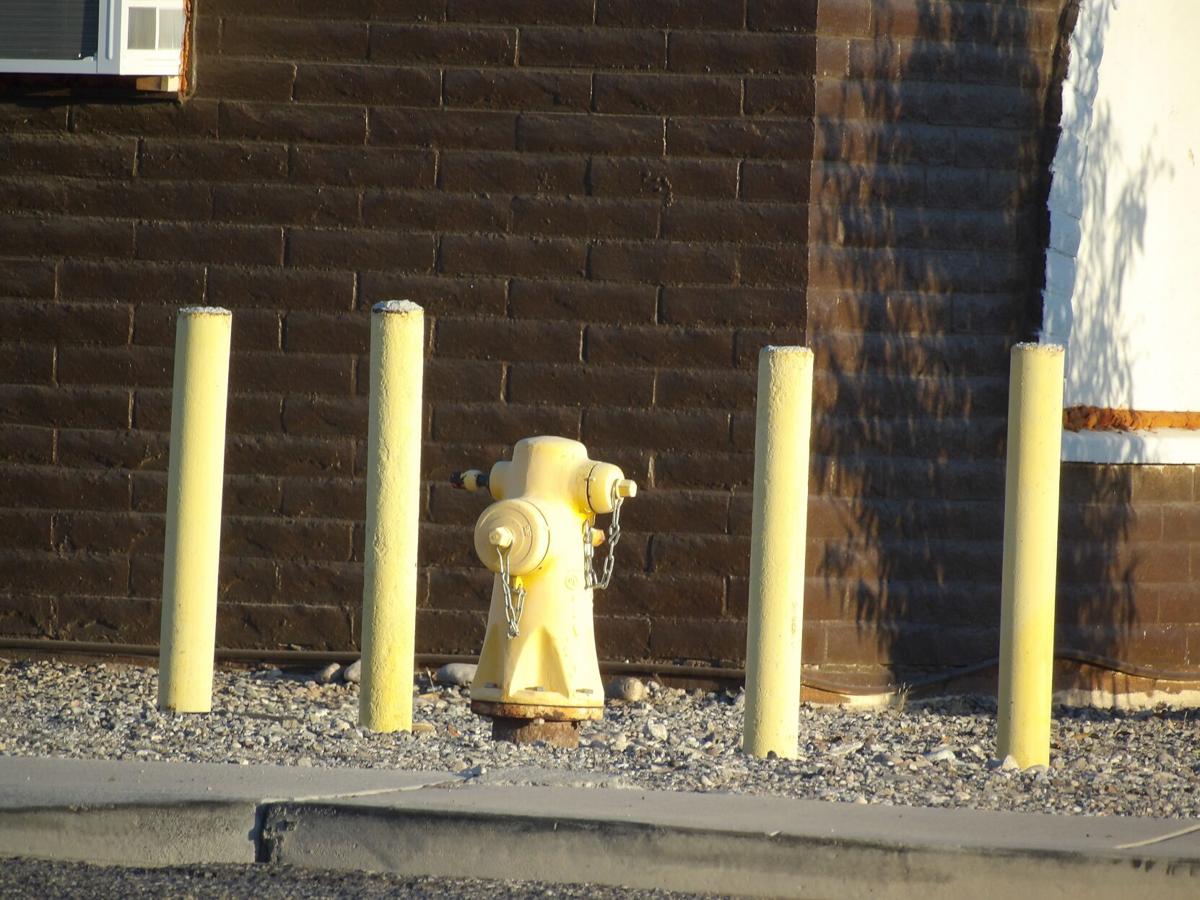 A fire hydrant in the Town of Parker. Installing hydrants and having an adequate water supply to fight fires can be expensive, but it can also keep fire insurance rates down.

A fire Sept. 23 in Hillcrest Bay destroyed two homes. Firefighters were hampered in their efforts because of inadequate water supply. They had to truck water to the scene in tankers filled at a nearby resort.

A fire hydrant in the Town of Parker. Installing hydrants and having an adequate water supply to fight fires can be expensive, but it can also keep fire insurance rates down.

When the Buckskin Fire Department responded to the fire Sept. 23 in Hillcrest Bay, they found themselves facing problems that made fighting the fire more difficult. These included narrow streets, structures that were placed close together, and strong winds. They also faced another problem:  an inadequate water supply. Hillcrest Bay does not have any fire hydrants.

The firefighters had to fill a pair of water tenders at a fire hydrant at Havasu Springs Resort and truck it to Hillcrest Bay. Buckskin Fire Chief Troy Maloney said this takes time and diverts personnel away from actually trying to put the fire out.

Maloney said Hillcrest Bay is not unusual for upriver developments. He said they are very few hydrants within their district. He said this is because the Arizona Corporation Commission does not require private water companies to install enough flow for fire protection.

This problem isn’t limited to the upriver area or even the State of Arizona. This is a problem for developments in rural areas all across the nation, Maloney said.

In 2011, the Tucson Local Media website reported on developments near that city that did not have hydrants. They said many neighborhoods in unincorporated areas developed in the 1960s, ‘70s and even the ‘80s don't have hydrants, and they often don’t even have underground water lines wide enough to support the hydrants, making them much more expensive to install.

“The problem is rural areas just don’t have enough tax revenue to provide a lot of services,” Maloney said.

Maloney said fire departments use a mathematical formula to determine how much water and manpower they will need to fight a fire. As an example, he said it takes 10,000 to 15,000 gallons to put out a fire in a single-wide home. He said this means they often don’t have enough water to put a fire out.

“If we can’t provide enough water to put it out, we try to stop it from spreading,” he said.

Another problem facing small fire departments is a lack of personnel. Maloney said the recommended number of firefighters on a residential fire is 12. He said BFD often can’t get that many people to a fire.

“We had 18 people on the Hillcrest Bay fire, and we had people come from four different departments,” Maloney said. In addition to Buckskin, the other departments that responded included Parker, Lake Havasu City, and Desert Hills.

“It is true that the Commission does not require fire flow for the utilities that we regulate,” said Nicole Capone, a spokesperson for the Arizona Corporation Commission. “We instead defer to the local fire authorities who establish these requirements. Should there be such a requirement, then we would verify when analyzing rate requests if they have a system that is capable of meeting the local fire flow requirements. This is because it is best left to the local authorities to determine if a requirement is necessary and appropriate and if so what it should be.”

Capone continued:  “If people want fire protection then we suggest they work with the local authorities to implement the appropriate requirements.”

Boygin said every community must still follow the state fire code. He said this is the bare minimum. He said most new developments try to get water for fire protection built in.

Having an adequate water supply for fire protection and hydrants can lower fire insurance rates. Wessler Engineering reported in 2015 on their website that the Insurance Services Office, a private analytical company that provides consulting work for insurance companies, has established the Public Protection Classification program to help determine risks and costs for fire insurance.

Wessler Engineering said a community can lower their PPC rating by installing and maintaining fire hydrants, and this will lower everyone’s insurance costs.

Maloney said it’s entirely up to local residents if they want to have fire hydrants in their developments. As for Hillcrest Bay, he said what they needed was a tank that held about 35,000 gallons.

This type of fire protection is a form of an insurance policy, Maloney said.

Maloney said hydrants were something local residents should consider before the next major fire.

“You don’t want to wait until you need it to get it,” he said.

I’d like to thank the firefighters who were onsite the night of the fire for your ability to contain it as well as you did in light of not having the resources to put the fires out. It could have been worse with the lack of water and the winds. It was an eye opener for our community and one that will be addressed.

The Parker Broncs volleyball swept another one of the 3A West rivals Tuesday, Oct.…