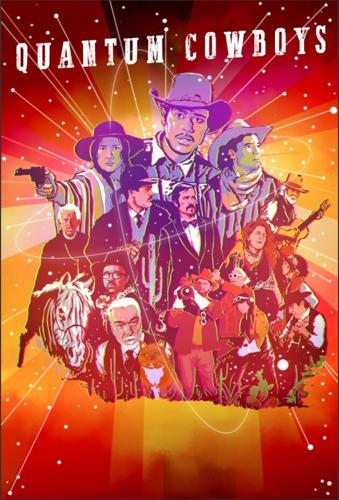 The animated feature ‘Quantum Cowboys’ will be featured the first night of the NatiVisions Film Festival, Thursday, Sept. 22, at the BlueWater Cinemas. The screening is scheduled to begin at 7:20 p.m. 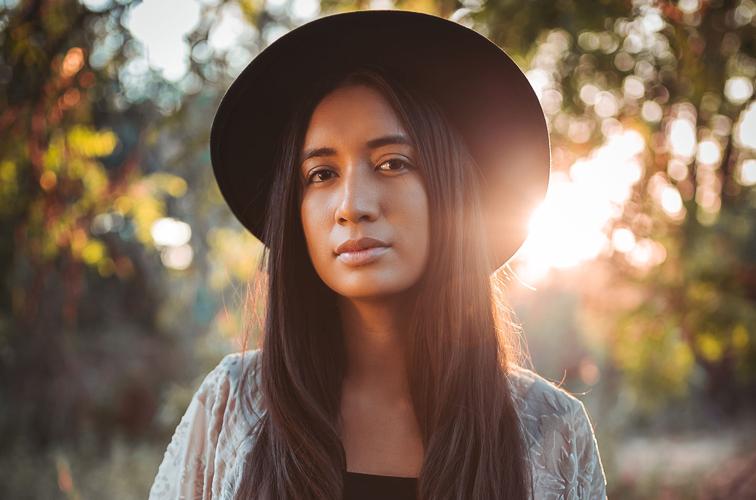 Singer-songwriter Raye Zaragoza will be performing at the Awards Ceremony for the NatiVisions Film Festival, which will be at 6 p.m., Saturday, Sept. 24 at the River’s Edge Cantina.

The animated feature ‘Quantum Cowboys’ will be featured the first night of the NatiVisions Film Festival, Thursday, Sept. 22, at the BlueWater Cinemas. The screening is scheduled to begin at 7:20 p.m.

Singer-songwriter Raye Zaragoza will be performing at the Awards Ceremony for the NatiVisions Film Festival, which will be at 6 p.m., Saturday, Sept. 24 at the River’s Edge Cantina.

The screening schedule for the NatiVisions Film Festival has been announced. This festival will be held Sept. 22-24 at the BlueWater Cinemas, which are located next to the BlueWater Resort & Casino. The festival features films that are by and about Native Americans.

While most of the films are short, the first night, Sept. 22, will feature a screening of a full-length animated feature from 2022, “Quantum Cowboys.” The screening is scheduled to start at approximately 7:20 p.m.

Directed by Geoff Marslett and written by Marslett and Howe Gelb, the film is described on the IMDB website as a science fiction comedy and a “rotoscoped time travel Western.” The stars include Kiowa Gordon (Frank), John Way (Bruno) and Lily Gladstone (Linde).

Here is how the film’s plotline is described on the IMDB website:  “Two hapless drifters, Frank and Bruno, team up with Linde to recover her land and trek across 1870's Southern Arizona to find an elusive frontier musician. The complex quantum time theory is blended with philosophical musings about art as the way we understand our history and memories, with gunfights, horses, dance halls, cacti, and saloons.”

Holly Jones of “Variety” described “Quantum Cowboys” this way:  “The film is a captivating out West fever dream that takes place across a surreal frontier. A patchwork tapestry of time and space, it follows the ill-fated duo Frank (Kiowa Gordon) and Bruno (John Way) on an inter-dimensional search for redemption along infinite timelines.”

Jones said the scenes that advance the plot through saloons, prairies and solemn deserts were crafted by artists from Swerve Pictures, Minnow Mountain, Artless Media and Mystery Meat Media.

Actor Gary Farmer, who plays Calvin in the film, will be on hand for the Parker screening.

The first night will also include a screening of “Bring Her Home,” a 2021 film originally shown on PBS. It shows the work of three native women, an artist, an activist, and a politician as they seek to honor and vindicate female relatives who are missing or who were murdered. The film is scheduled to be screened at 5:30 p.m. on Sept. 22.

The screening will be followed at 6:30 p.m. with a ceremony honoring missing and murdered native women and raising awareness of the issue.

The festival will conclude with an award ceremony at 6 p.m. on Saturday, Sept. 24 at the River’s Edge Cantina. The ceremony will include a live performance by Raye Zaragoza and sound by DJ Fabe.

Zaragoza is a singer-songwriter known for her acoustic guitar playing. She has been described as a “Powerhouse folk-songstress carrying an acoustic guitar and a message. She was named ‘one of the most politically relevant artist in her genre’ by Paste Magazine.”

She’s become known for dealing with social issues and issues of injustice in her songs. Her song, “In the River,” was written as a response to the proposed Dakota Access Pipeline. This pipeline has become highly controversial, with large protests from the Standing Rock Sioux Reservation in North Dakota. These protests drew international attention and widespread media coverage.

Zaragoza appeared in Parker in 2019, when, at the invitation of Keith Moses, she sang to children at the CRIT Head Start School and the Parker Public Library. She’s of Akimel O’odham descent, who were formerly known as the Pima. She has been singing professionally since 2016.

The festival includes the always popular frybread-making competition at 9 a.m. on Sept. 24 in front of the BlueWater Cinemas.

The NatiVisions Film Festival is being held ahead of the Colorado River Indian Tribes Native American Days Fair & Expo. Admission to all festival films is free. Running times are approximate.

Peaches to all the Public Works staff and leadership of Steve Ziegler. The Town of…

Putnam resigns as Interim Manager, will stay on at Town Clerk

Parker Interim Town Manager Amy Putnam has resigned. Her resignation as Interim To…