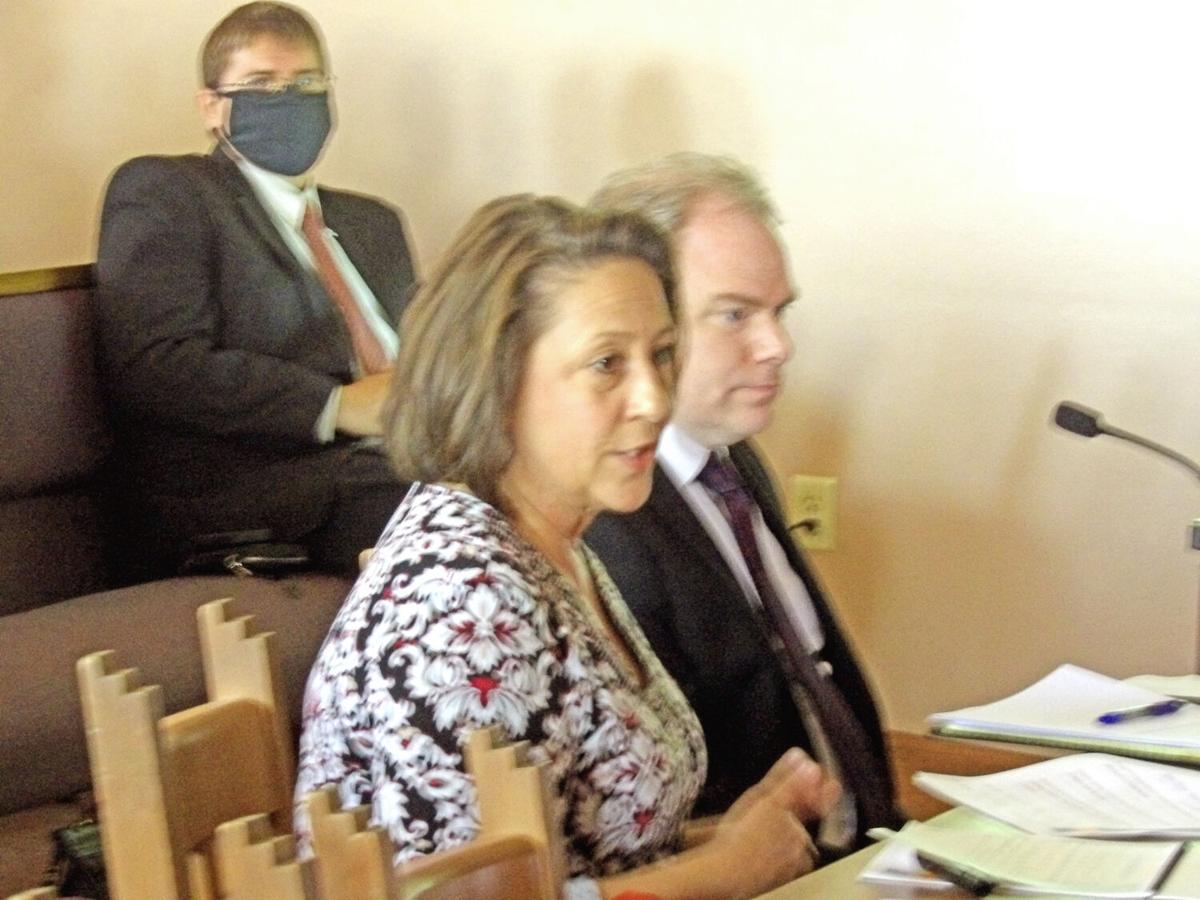 Financial consultants Karen Ziegler (left) and Jay Parke told the County Board of Supervisors April 19 the county’s general fund is insolvent. The negative fund balance at the end of fiscal year 2020 was $3.4 million. 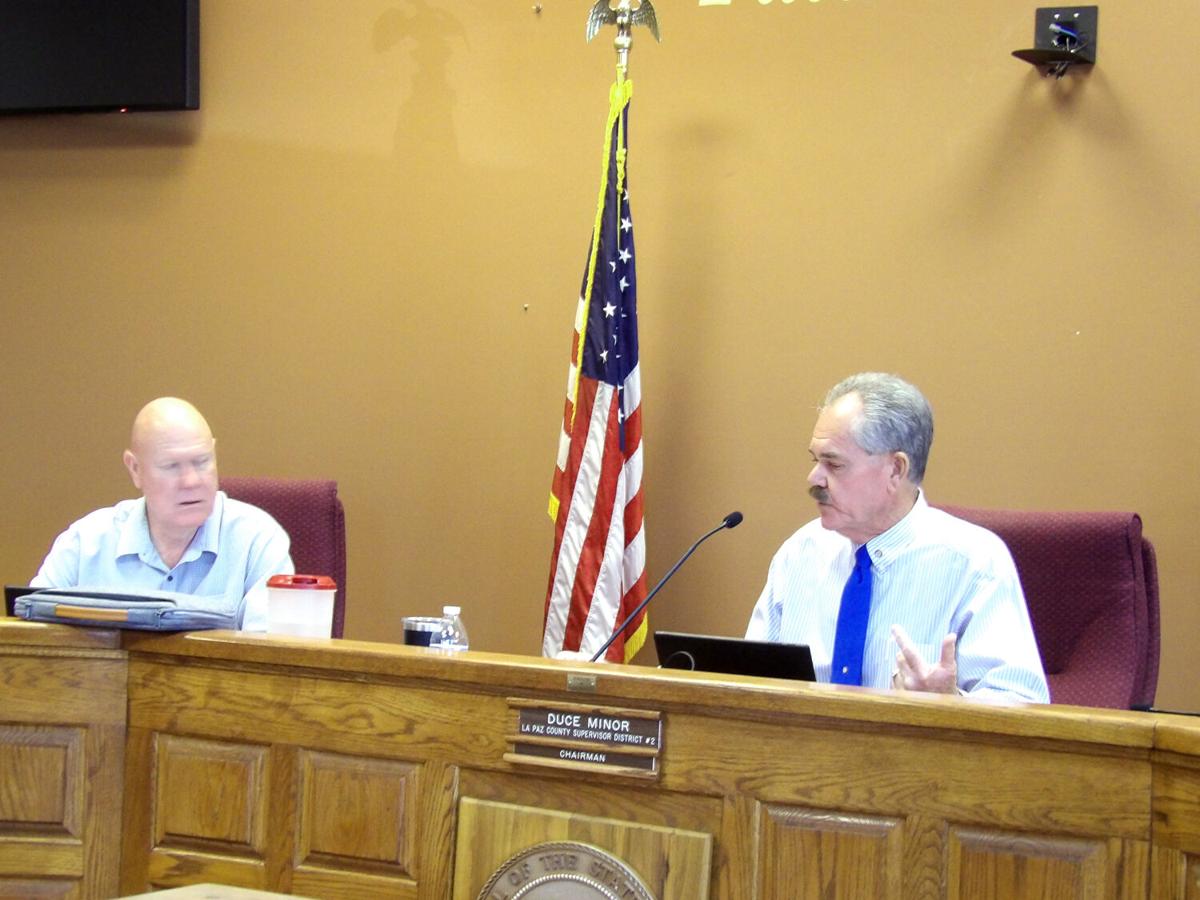 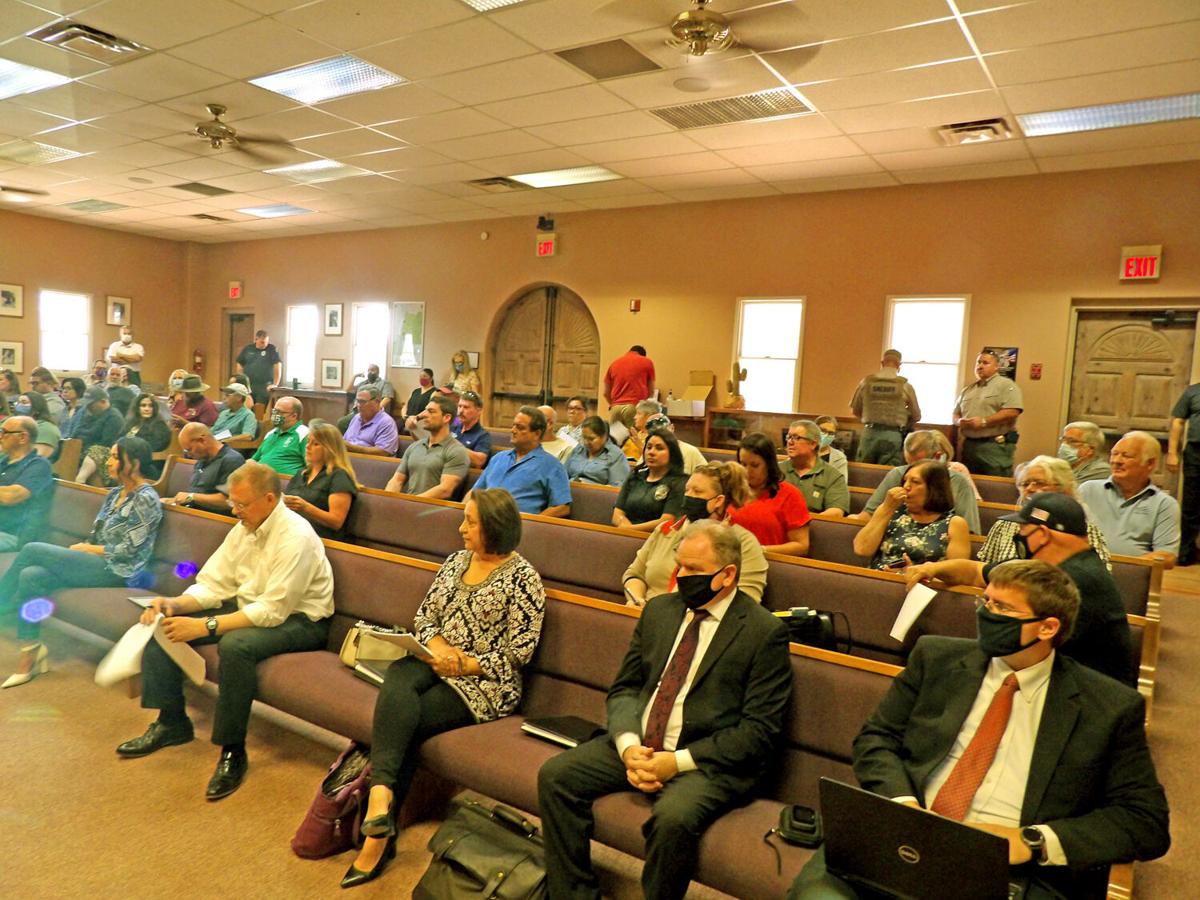 A large crowd filled the county boardroom for the April 19 presentation on the county’s finances.

Financial consultants Karen Ziegler (left) and Jay Parke told the County Board of Supervisors April 19 the county’s general fund is insolvent. The negative fund balance at the end of fiscal year 2020 was $3.4 million.

A large crowd filled the county boardroom for the April 19 presentation on the county’s finances.

An audit of La Paz County’s 2019-20 budget shows a negative balance of $3.4 million in the general fund — and the auditors say this year’s numbers could be even further out of whack.

Two consultants working to prepare La Paz County for its annual audit had bad news for the Board of Supervisors at their April 19 meeting:  the county’s general fund is insolvent.
Independent accountants Jay Parke and Karen Ziegler said they found the county’s general fund has a negative balance of $3.4 million for fiscal year 2019-20.
That deficit has been growing in recent years. The county had a positive general fund balance of $2.15 million in FY 2014-15. If current trends continue, Parke said the negative balance could grow to $4.2 million in the first nine months of FY 2020-21.
While the county has $8.3 million in cash, the majority of these funds are restricted, which means they can only be used for specific purposes.
The general fund pays for most of the county’s expenses, excluding highway funds and expenses for enterprises like the parks and the Emerald Canyon Golf Course.
The county has been borrowing and transferring money from other funds to prop up the general fund. District 2 Supervisor Duce Minor made a point of stating they are borrowing from the county’s funds and not from any of the school and fire districts that have their finances handled by the County Treasurer’s Office.
“The county has virtually no unrestricted cash,” Parke and Ziegler said in their summary of the county’s financial situation. “The county’s general fund survives by borrowing cash from restricted resources. The county should not be borrowing money from restricted resources. Doing so violates laws and regulations.”
Parke and Ziegler said the county needs to take a hard look at their revenues and their spending.
“The county needs to bring its spending in line with its revenues to be solvent and in compliance with laws and regulations,” they said in their conclusions.
One side effect of all this is financial institutions are concerned about dealing with the county. Parke and Ziegler said Chase Bank will no longer be serving the county, and only one other bank was showing any interest in being the county’s bank.
Parke and Zeigler said the county needs to use its FY 2021-22 budget process to focus on getting the general fund deficit down and get control over spending. They recommended the county have reviews of the budget projections and results at least once every three months, and they needed to have plans of action to bring expenditures in line with revenues.
“It’s going to take everyone working together and being on the same page,” Ziegler said. “This is going to be hard. Tough decisions will have to be made.”
Minor said he’d been asking for monthly financial reports for years.
As an example of getting control over expenses, Ziegler used the example of the county’s credit cards.
“You need to ask which county employees have credit cards,” she said. “You need to ask if they all need credit cards.”
This isn’t the first time in recent years the county has been in financial trouble. In February 2017, the county was declared to be in a “financial crisis.” This was after the general fund had been used to prop up the jail district following the removal of Federal prisoners in retaliation for SB 1070, the state’s tough anti-illegal immigration law. On Dec. 31, 2016, the county’s cash balance had gone from $9.4 million in FY 2006-07 to just $212,877.
“We should be grown-ups and able to handle our budgets,” Minor said. “But we keep doing things the same way and expecting different results.”
County Administrator Megan Spielman thanked all the county department heads who came to the presentation at the April 19 meeting.
“I hope this will give us some idea of how to turn this county around permanently,” she said. “It really will take an effort on everyone’s part.”

hey johnny, any news in the truth?

no truth in your news either. make sure you keep making la paz look good. i love checkbook journalism.

From the Dugout: Remembering the print edition of “The Sporting News”

A bit of whimsy. How many of you ever read “The Sporting News”? When I was a teena…

One new coronavirus case in county for the week

The past week saw only one new coronavirus case in La Paz County. Due to revisions…