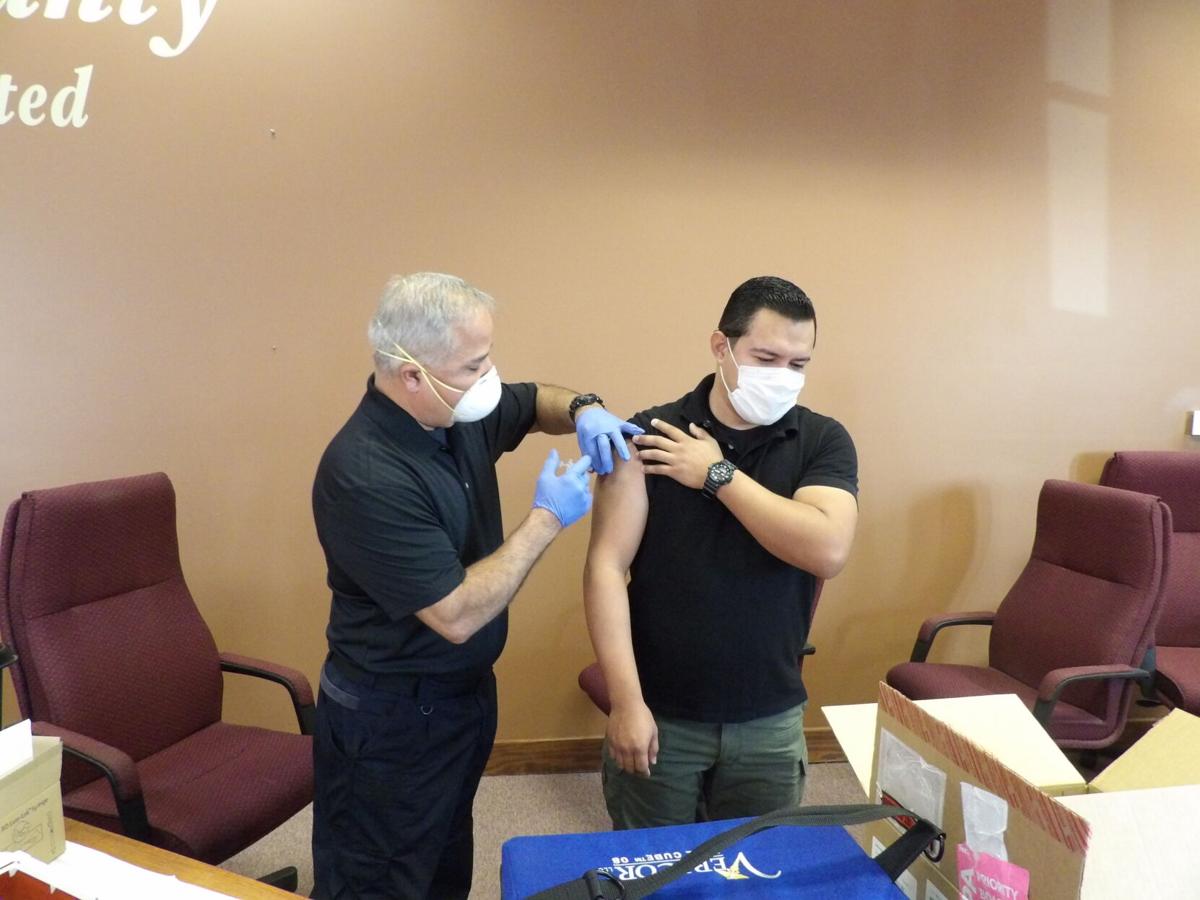 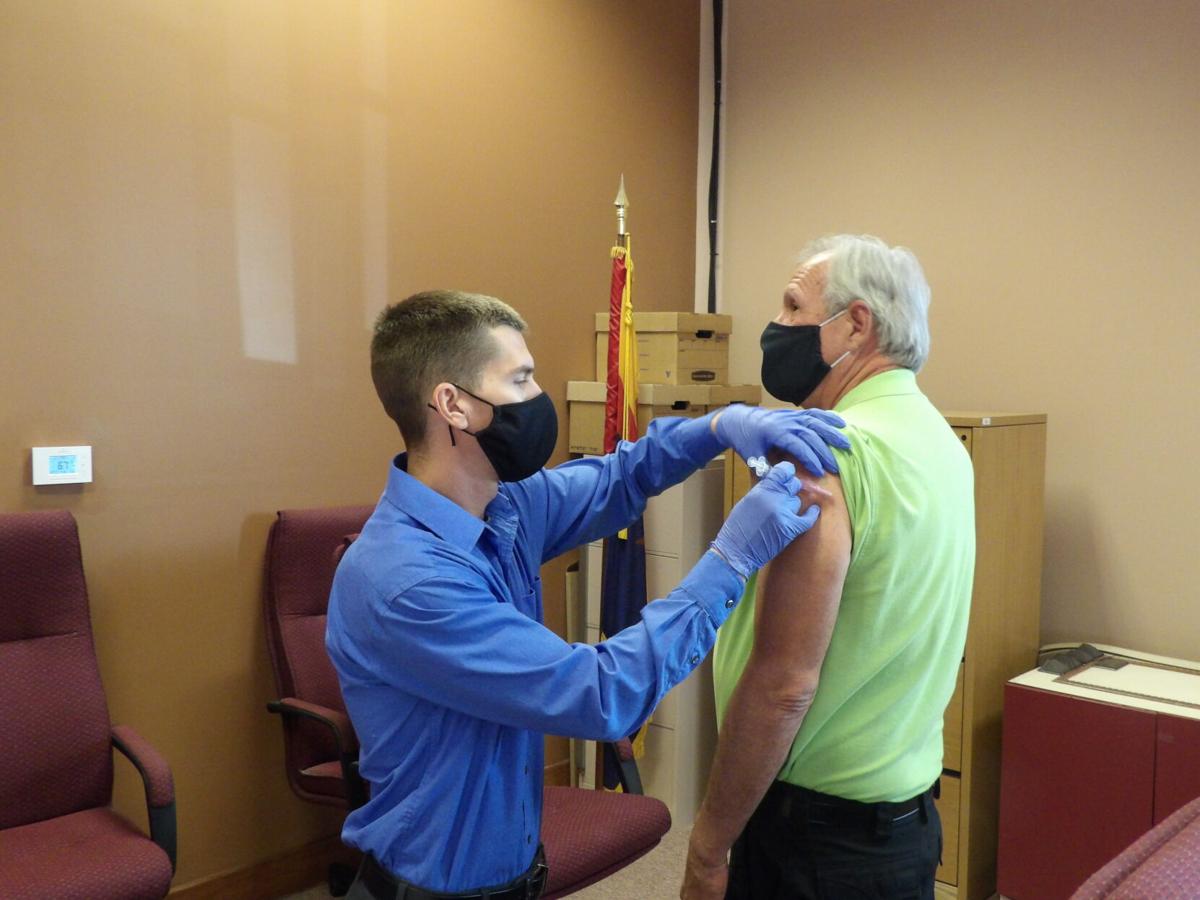 Ralph Beard of the Sheriff’s Office receives his vaccine from Chris Florence of the Health Department. 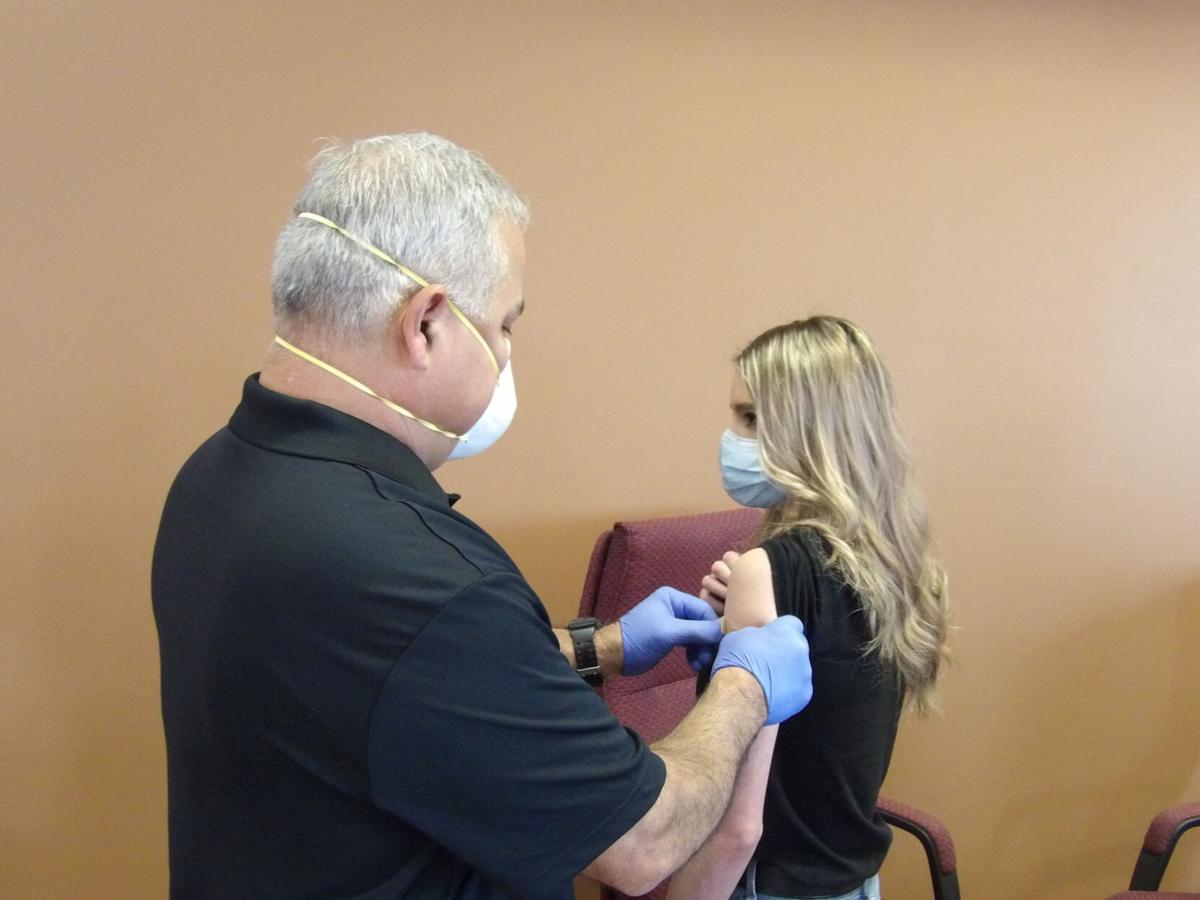 Whitney Wilson of the Sheriff’s Office receives her vaccine from Joe Maxwell of the Health Department.

Ralph Beard of the Sheriff’s Office receives his vaccine from Chris Florence of the Health Department.

Whitney Wilson of the Sheriff’s Office receives her vaccine from Joe Maxwell of the Health Department.

The La Paz County Health Department has begun providing coronavirus COVID-19 vaccinations in compliance with the priorities set by the Arizona Department of Health Services. On Jan. 6 and 7, they vaccinated people in the “1A” (top priority) classification, which includes emergency medical service workers and healthcare workers. This included all first responders, including firefighters and law enforcement officers.

County Health Director Marion Shontz said announcements will be made when the vaccines will be available to others in the county. She said that, as of last week, they had received only 400 doses. She added they hope to have more doses available soon.

Here are the classifications, as listed by priority for the vaccine:

Adults of any age with high-risk medical conditions

Any remaining Phase 1 or 2 populations

The county’s cases include 631 members of the Colorado River Indian Tribes who were tested at Indian Health Services in Parker. A total of 10 Tribal members have died.

The number of active cases in Arizona is 524,376 as of Jan. 10. A total of 84,029 Arizonans have recovered. Among cases that have reached a conclusion and are closed, the survival rate is 89.23 percent.

More than 90 percent of the state’s hospital and intensive care beds are occupied. The Arizona Interscholastic Association had cancelled the winter high school sports season because of fears injured athletes may not be able to get the treatment due to a lack of hospital space and available medical personnel. They reversed that decision Jan. 12, but added more restrictions than they had for the fall season.

Nationwide, as of Jan. 10, there were 22.7 million cases. The United States has seen more than one-quarter of the world’s cases. There have been 382,105 deaths. Of the cases that have been closed, 13.4 million have recovered for a survival rate of 97 percent.

California leads the nation with 2.67 million cases. In addition to California, four other states have seen more than 1 million cases:  Texas, Florida, New York and Illinois. New York has seen the more number of deaths at 39,447.

Coronavirus vaccine clinics for people over 75

I’m sure many of you remember the late Tim Edwards. He was Parker’s Public Works D…

First coronavirus vaccinations in the county

AIA Board reverses course, winter sports will be played